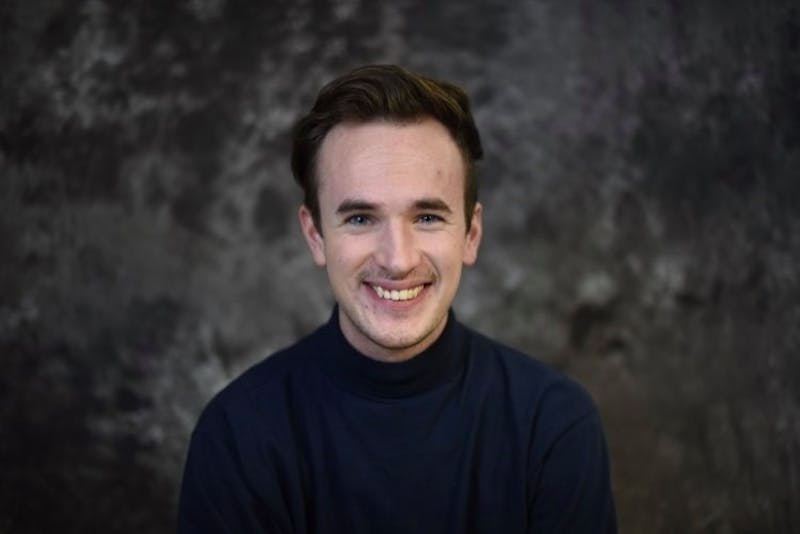 Eighteen-year-old eyes. A future in business.

It was all the luggage I needed for Grandpa’s 2005 Kia.

And close to 300 miles later, some of the first mist I got on that luggage came from exiting that old car, too.

Thanks to my 80-plus-year-old grandpa’s will to tow an eager freshman out to Western New York, he gifted those eyes with a sight of one of the world’s natural wonders: Niagara Falls.

Easily the furthest trip we’d been on, we were miles away from Bella Napoli in Latham, Alex’s Barber Shop in Albany and River Road in Bethlehem.

We weren’t signing a loan at CAP COM or doing our morning cryptoquip contests in the pages of the Times Union.

Instead, he was helping me transition to a world outside my own.

He was equipping me for a life where increasing knowledge every day of my life would be my North Star: my time at the University at Buffalo.

That celestial body, however, didn’t go without its changes.

My future in business eventually turned into this, where my hours flipping through the Times Union pale in comparison to the all-nighters at The Spectrum’s office, learning about James O. Putnam or cooking up FOIL requests to get card swipe records from the state’s largest public institution.

Not even I could see the shine on this star.

It took the guidance of a friend, Kenneth Kashif-Thomas, who suggested my myriad of opinions was worthy of instilling in print. It also took advisors like Jody Biehl and Luke Hammill to propel my work to new levels.

Now, as I depart my course, I’m charging into a career in community reporting and tasked with covering nearby municipalities.

And it feels like I’m doing the integral work at The Spectrum all over again, as this independent student newspaper and its small little basement office has built me from the ground up.

That foundation was formed by veteranned UB reporters like Max Kalnitz, Thomas Zafonte, Brian Evans and Tanveen Vohra, who had been rocks and believed in my work, challenging me to move my reporting further.

Active staff like my beloved brother Brenton, Jacklyn Walters, Sam Vargas, Lauryn King and more have championed our paper, and I’m oh so proud of the efforts they’ve taken to continue it over the past few years.

So now, as prospective greats like Alexandra Moyen, Reilly Mullen, Justin Weiss and Alexander Brown take the reins, I won’t be the old man ripping apart pieces anymore. I sure as heck won’t be trying to film a TikTok, either.

I won’t be spotting ripped off bookstore roofs anymore.

And I won’t be combing through the University Archives in search of every single name ever put on a building or place (phew).

So if I’m facing the final curtain, I’m proud of the four years of acts I’ve performed.

And unfortunately, there’ll be no encore.

There will just be the memories sandwiched somewhere between the smell of dozens of paper issues stacked up in my closet and the weird sugary taste of hundreds of double-doubles downed during late-night Google Docs sessions.

They’ll also be the mist hitting my eyes unlike it did six years ago with Grandpa. Rather, it’ll be like the mist which hit my eyes last week in the middle of a job furlough after doing weeks of critical community work on a pandemic.

The cold keys to the Kia are now in my pocket.

The spot where Grandpa and I took pictures near the edge of American Falls finally opened again.

But Grandpa isn’t here anymore, even if it feels like he brought me here today.

And the rolling mist hitting my eyes isn’t just from the falls, it’s from a flow of tears, too.

It’s an emotional stream that’s signaling one thing: the end is near.

But it’s also a green flag on a new beginning.

It’s all the luggage I’ll ever need along with Grandpa’s 2005 Kia.

Benjamin Blanchet is the engagement editor and can be reached at benjamin.blanchet@ubspectrum.com.