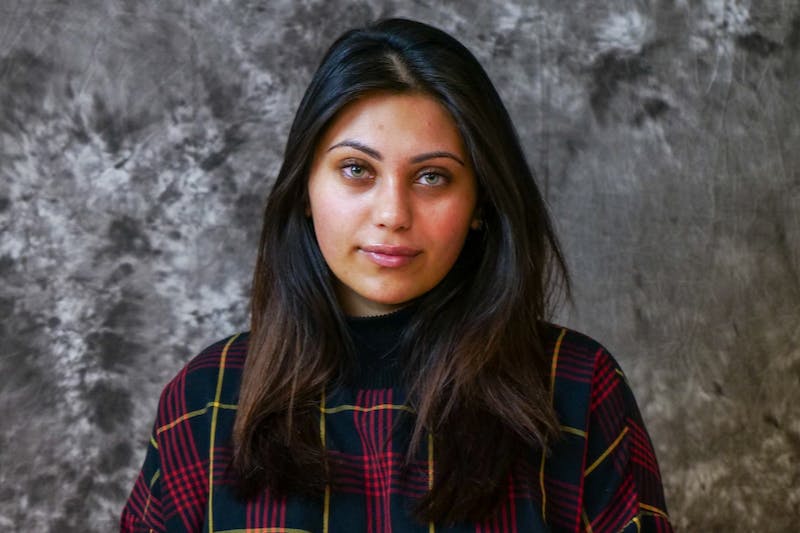 When I walk down the street with my significant other, I know people look at us.

Some of them catcall.

And I know why. It’s because I’m holding hands with a woman.

No, we are not just best friends, we are in an exclusive relationship. I am dating a woman. She is intelligent, beautiful, kind and the emotional connection I have with her is unmatched.

But a lot of people –– particularly men –– do not understand that lesbian relationships exist (because it’s so hard to fathom a relationship without a penis involved). But the thought of a relationship that doesn’t revolve around penetrative sex escapes their minds. I get constant text messages, Instagram DMs, private chats on Snapchat, basically on any messaging platform you can think of, fetishizing my relationship. People often make creepy, distasteful comments. It’s borderline harassment from men trying to seem quirky and flirty.

Is it so difficult to understand that real relationships exist outside of heterosexuality?

Being in a relationship with my girlfriend of three years does not get boring, and no, I don’t need a man to “spice up” our relationship.

And no, I can’t just take it as a compliment. Yes, you’re calling my girlfriend and I attractive. I get it, we know, trust me. But knowing you are probably turned on by the thought of two girls kissing, I just don’t want to hear it. Keep it to yourself, nasty boy. Live your fantasies in your head, not in my DMs.

And the reactions we get when we’re together in public aren’t any better. I feel creepy stares when we kiss, men winking at us when I glance in their direction. One time, a guy asked us to have a “ménage à trois” right to our faces. All I could do was nervously laugh and walk away.

How do you even react to something like that? Where do some men get the audacity?

Whenever I tell a man I’m in a relationship with a woman, their instant reply is, “That's sexy.” Guys have told me they enjoy watching women make out, it turns them on. But it disgusts them when they see two men making out. See the correlation here?

After having these encounters with multiple men, I realized it’s a fetish men like to play out in their head. And I realized they were trying to play it out in real life with me and my girlfriend to make their fantasies a reality.

When I’m in a committed relationship –– with a man or a woman –– I am only committed to one person. And I happen to be committed to a woman. I’ve heard it all before, and quite frankly all these messages and comments about my significant other and I are getting old. It’s time for men to realize a woman doesn’t need a man to love, and we are doing just fine on our own, no men in sight.

It’s easier to avoid these comments in real life. I just don’t take people’s catcalls, gestures and whistles into account. But social media is a different story.

I want to show off my girlfriend. I want people to see this is what a loving, healthy relationship looks like.

Some people get it, their “fave couple ever!” or “goals af” comments make me ecstatic.

But every time I post a couple photo, the DMs inevitably come rolling in. Men boasting about how they can “take both of us” or trying to invite themselves over with the manipulative “she doesn’t have to know,” when in reality, I wouldn’t be interested even if I was single.

These private remarks –– because no one’s ever bold enough to say it publicly –– make me feel like I’m doing something wrong.

Am I attracting the wrong attention by showcasing my relationship to the world?

And I know I can do whatever I want, they’re my social media accounts. But it makes me not want to post anything with PDA involved.

And I feel so bad for her. Because I hesitate before posting pictures of us kissing, and it makes my girlfriend insecure. It makes her think that I don’t want to show people how happy I am in my relationship. It makes me say things like “No, I’m not ashamed or embarrassed by you! Please don’t ever think that.” I can’t believe those words come out of my mouth to my girlfriend sometimes, it’s just so f--king sad.

But I’m not asking for much.

All I want is respect for us and other lesbian couples that willingly showcase their love to the world. Two women who love each other do not need a man in the relationship. And if our relationship is something you’re not used to, get used to it or keep it to yourself.

Our love is not your pleasure.