Remembering and honoring the nobleness of Christopher Columbus 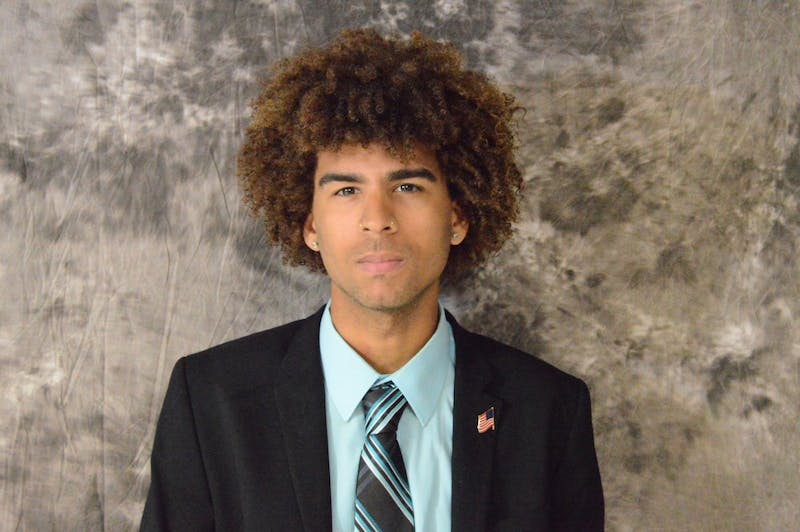 Many of us have read, or even recited portions of the Columbus Day Poem in elementary school. And many of us did so proudly and confidently.

Unfortunately, a lot has changed since we’ve been in elementary school.

Columbus Day became a federal holiday celebrated on the second Monday in October. As with all federal holidays, it is recognized by the United States government so some government offices close to observe the holiday.

The left and historically illiterate activists have censured Columbus and labeled him a “tyrant,” “racist,” “anti-native” and a “murderer.”

As a result, in recent years, 13 states and the District of Columbia have decided not to honor Columbus for the hero that he is and change the name of the holiday.

Columbus was none of those horrible things. In fact, he was innovative, courageous and dedicated to bettering the world.

The burden of proof falls on the accuser, not the accused.

If you are going to say that someone is a racist, you are the one that needs to prove your assertion.

Today, a conflation of identity politics, talk of slavery reparations, intersectionality, radical feminists and the infamous #MeToo movement have inspired people to seek sympathy from society by pretending to be victims.

It is absolutely repugnant.

We live in a time when fraudulent victims are hurting real victims.

No matter how trivial or egregious the crime may be, the American legal system is based on the notion that you are innocent until proven guilty.

In the wake of Brett Kavanaugh’s confirmation to the Supreme Court in 2018, as well as the Trump-Russia investigation, we have seen the presumption of innocence become obscured. Sadly, guilty until proven innocent is the new norm. Although this is unfortunate, at least these two men were alive to defend both their positions and their names.

Columbus is not as fortunate.

He cannot defend himself.

Columbus was not a tyrant.

From the beginning, he sought to explore and discover a direct water route west from Europe to Asia.

Columbus was not a racist.

Sure, evidence suggests that Columbus and his men did enslave some of the natives; however, his rationale was not based on their skin color or ideas of of racial inferiority. Instead, he saw the “Indians” as suitable servants because of their familiarity with the land and vast knowledge of the location of resources.

Slavery was not introduced to the New World by Columbus. In fact, slavery was common even among native people in the Caribbean. Instead, Columbus sought to be kind to the natives because he knew that they would be an essential component in not only his survival, but the survival of the men that accompanied him as well.

Owning or facilitating the trade of slaves is not indicative of racism, especially not during a period of time in which slavery was orthodox.

The father of our great nation, George Washington, purchased and owned slaves. Does that make him a tyrant or a racist? Of course not. It makes him normal with respect to that time period.

Columbus simply acted in accordance with what was considered common practice back then. Slavery was not abolished in Portugal until 1761, over 200 years after Columbus’ death.

He adopted the son of a deceased native chief. In all of his writings, he did not delineate the natives as inferior based on the color of their skin.

Columbus did not commit genocide against the natives.

Natives died as a result of diseases and viruses, not because Columbus and his men slaughtered them for fun. These diseases were unintentionally brought over from the Old World.

Indigenous people were not victims.

But not celebrating Columbus Day does detract from the brave voyage and achievements made by Columbus and his men.

Columbus didn’t “discover” America, in fact, he never set foot on what is now American soil, but Benjamin Franklin didn’t “invent” electricity, either.

Columbus did, however, introduce the Americas to Western Europe and initiated the influx of Western Europeans who eventually established Canada, Mexico and the U.S.

Columbus was not perfect. He was human and all humans make mistakes. Though not perfect, he still should be rightfully honored.

Heroic and iconic figures such as Martin Luther King Jr. and former U.S. presidents John F. Kennedy and Franklin D. Roosevelt were apparent dishonest womanizers; nonetheless, they each made substantial contributions to both the development of the country and the world and are revered for their respective contributions.

We all have shortcomings and flaws. However, we cannot allow the left to belittle the successes and achievements of honorable people based upon their imperfections –– especially if these imperfections are merely alleged.

Before you condemn Columbus, rip away praise and tarnish the day that was designed to honor and respect him, think about how different your life could be had he not taken that journey. As you sit in the single greatest and most prosperous country in the world, I urge you to celebrate the courageous man who unequivocally made it all possible.

Please take into consideration the conclusion of that elementary school poem:

The first American? No, not quite.

But Columbus was brave, and he was bright.