Letter from the Editor: Help write our future 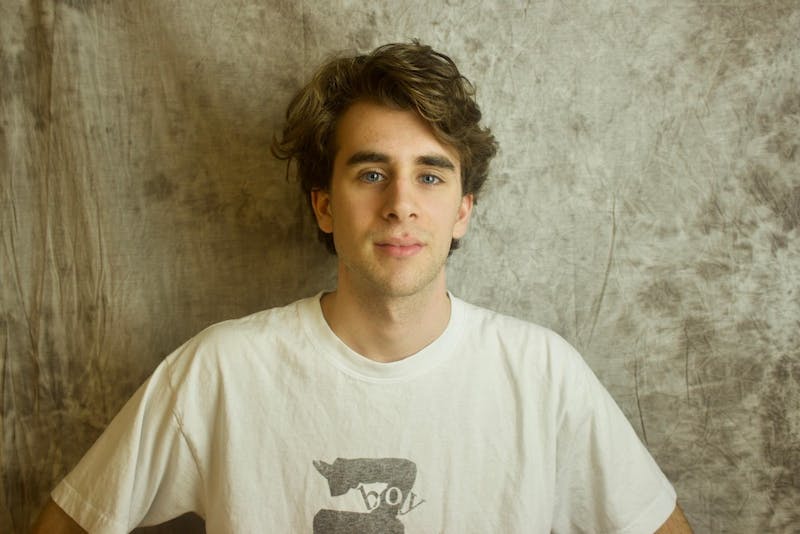 I mean, welcome to your student newspaper.

This is The Spectrum. And for the next four years of your life, you’re going to pick it up to find out more about what’s happening on campus, what’s happening in Buffalo and which rising pop stars are worth your listen (you’re welcome).

This paper really becomes what the students on our staff want it to become.

And I want you to help shape it.

But before asking you to get involved with this newspaper, I want to tell you how I found myself on this campus, starting with my orientation.

It was 2016. I was an 18-year-old Bieber boy with a bleach-blonde buzzcut, walking around UB in checkered vans (very much before their time) and baggy jean shorts (still questionable).

Nobody put me in check all weekend for whatever mess I was wearing and only three people called me “Eminem” throughout the experience. I quickly realized I found the perfect school in UB.

Until it wasn’t so perfect.

At the start of the fall semester, I realized that not everyone is as eager to make friends after orientation.

I was lonely. My only orientation friend never talked to me again, my roommate had a weird way of expressing his short temper, so much so that he kicked a toilet until it broke, and overall, I was an introvert.

I had no will to continue at UB. I could’ve sworn I went to the wrong school, chose the wrong major in communication and would never find a group that I connected with on campus.

The only thing keeping me around, besides a spring-semester Ariana Grande concert, was my older brother Ben, who told me I should contribute to the student newspaper.

My writing skills were subpar to say the least and I barely got anything published. I’d write about music each week, in an effort to score my dream job at Rolling Stone, but my articles never saw the light of day.

The one thing I liked about UB was too hard for me. I just wasn’t ready yet.

Instead of giving up, I saw what The Spectrum could offer me, joined for another semester and learned very quickly that this was my calling. I got countless stories published and soon applied to be an editor at our paper.

When I started as an arts editor, I realized that I could bring something unique that the paper had never seen before. I always wanted to interview musicians and noticed that when The Spectrum did, it wasn't that often. I found an interview in our archives with *NSYNC’s JC Chasez (underrated icon), but not much since. I also wanted to cover larger concerts in the area, but saw The Spectrum usually kept coverage closer to UB.

I was young and eager, and I tasked myself with reinventing music coverage for our student newspaper.

With the help of Ben, I started religiously reaching out to musicians touring Buffalo and Toronto. I probably sent five emails each day to press contacts, and paid very close attention to new artists coming to the area by constantly checking BandsInTown.

In just a couple years, I interviewed Billie Eilish, Snoh Aalegra, Ally and AJ, Duckwrth, several Ariana Grande collaborators and loads of other musicians just for The Spectrum and just because I put the effort in. My peers here have since interviewed Greta Van Fleet and reviewed their new album before anyone else. And even in this Orientation Issue, you’ll see my coverage of Governors Ball, where your student newspaper was sitting next to Rolling Stone and MTV, wondering how it even happened.

This is not normal for a college paper. But The Spectrum does a lot of things that aren’t normal.

We’ve had editors and writers go on to work at ESPN, Complex, CNN, The Chicago Tribune, UFC, The Washington Post, MLB, Spotify and essentially anywhere else you could name.

The opportunities are endless. Editors have profiled Khalil Mack when he was a student, dug into the complex histories of the people UB names buildings after, broken news about a bookstore roof flying off the top of the building and have even told the stories of a few student drag queens.

I started here as an unsure freshman and I will leave with an almost guaranteed future in music journalism.

This newspaper has given me so much and I can’t wait for you to benefit, too. To write or take photos for us, enroll in ENG 394 (our staff writer class) or shoot me an email or tweet.

I can’t wait to see you impact the future of this paper.

Brenton Blanchet can be reached at Brenton.Blanchet@ubspectrum.com and on Twitter @BrentonBlanchet

Brenton Blanchet is a junior communication major and The Spectrum's managing editor. His hobbies include collecting vinyl, jogging and meeting Mariah Carey.

By ALEXANDRA MOYEN
38 days ago

By REILLY MULLEN
41 days ago