My first softball game was a bit of a smash 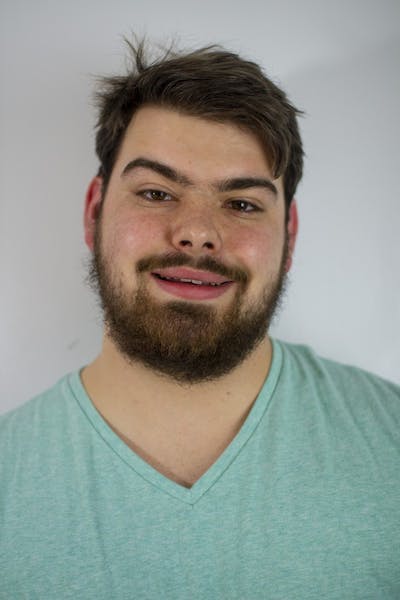 On Friday afternoon, I drove out to Dobson Field at D’Youville College to cover the Bulls softball game against Ohio. It was the first game of three that the team played this weekend.

This was the first time I had ever been to a softball game, so I was pretty excited.

The first inning and a half was pretty average. There were a few hits by each team, but everyone ended up stranded on base.

In the bottom of the second, Buffalo was back up to the plate in hopes of finding some offensive production.

Most of the at-bats were pretty long, as batters kept fouling balls off to stay alive. No one went out without a long battle with the pitcher. Most players hit foul balls high and to the left, toward the road, not the parking lot behind the plate.

I was at the game with Nathaniel Mendelson, who was taking pictures of the action. A few balls in a row were fouled off into the road and he was cringing at each one as they were flying toward his car.

I made a snide remark about how I was lucky to get the parking spot I did.

I parked my car behind the plate and to the left. It was behind the first baseline.

Since this was my first game, I thought it was a good, safe spot to park. I didn’t really think anything of it.

About five minutes after I had made that remark, karma hit me.

It came in the form of a high-flying foul ball heading straight for my car. It landed directly on the back windshield and caused a mini eruption of glass.

Several people thought it was water at first, but I already knew what had actually happened. Some of the crowd went over to the car to look at the damage. Even the D’Youville field manager said he had never seen this happen before.

My car was the first injury at that field and the first of the season for the Bulls.

At first, I was worried and upset, but I called Safelite to see if they could get it fixed. Unfortunately, they can’t come until Tuesday to replace the windshield, so until then, I just have to leave my car parked outside my apartment and wait it out.

The initial shock had quickly faded though. I instead found the humor in the situation and took the accident light heartedly.

I figure why should I be upset about something like this, when in reality the situation was quite humorous.

I do find the placement of the ball pretty lucky though. It had hit almost directly in the middle of the pane of glass, causing a spider shatter through the whole back windshield. If it had hit near the corners, there would certainly been a lot more damage.

After the game was over, I had managed to cover the back windshield and tape it up so it is weatherproof until Tuesday. It also allowed me to be able to drive the car back to UB.

This was not the outcome I was expecting from my first-ever softball game, but it certainly was memorable. This was definitely the most entertaining game I’ve ever been to.

Andrew Fitzgerald is a staff writer and can be reached at sports@ubspectrum.com.

By BRENTON J. BLANCHET
63 days ago