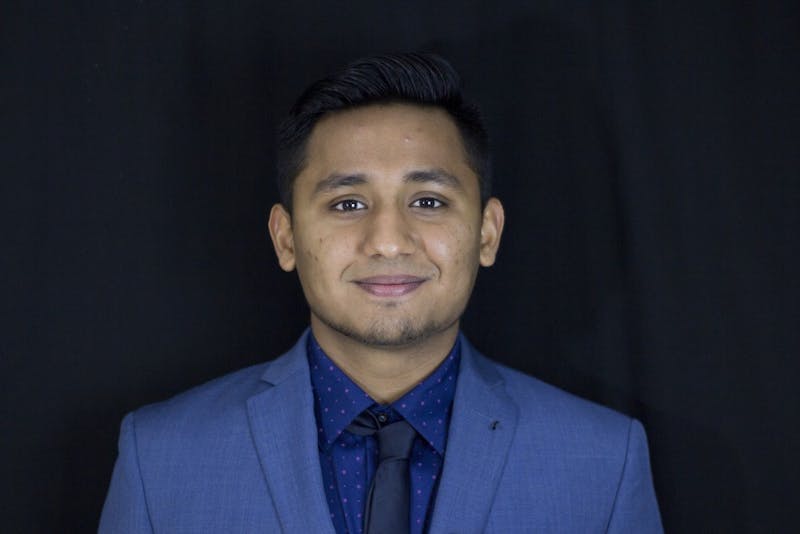 In his Presidential farewell address, George Washington warned the country about the dangers of political parties. In his opinion, the “alternate domination” of one party over the other –– and the coinciding efforts to exact revenge upon party opponents –– can lead to “frightful despotism.”

Given his strong opinion, I think Washington would be astounded — and even disappointed — at the current state of American politics.

The Judiciary Act, signed by Washington over two centuries ago, ensured adequate checks and balances to protect the United States. The judiciary was always considered a democratic institution and never a political battleground.

But today, things are different.

The days when conservative or liberal presidents appointed opposite party judges out of mutual respect and belief in the democratic system are gone.

Consider Justice Earl Warren, Chief Justice of the U.S. Supreme Court from 1953-69. He gave liberal rulings in a number of consequential court cases, including Brown v. Board of Education, which ruled public school segregation was unconstitutional.

Many of these rulings were considered controversial at the time and Warren repeatedly voted in favor of liberal politics.

And here’s the mind-bender — Warren was a Republican, appointed by Republican President Dwight Eisenhower and confirmed by a Republican-majority Senate.

This kind of bipartisanship is unheard of in today’s court.

Garland was regarded as a moderate and had long been a prime prospect for the Supreme Court. Senate Majority Leader Mitch McConnell (R-KY) disregarded the president’s nomination.

In the past, the Supreme Court’s appointments and decisions have been remarkably bipartisan. True, appointments have often been contentious with heated debates, but a party has never before completely ignored a president’s request to favor their own nominee.

This is something we all should be concerned about. No matter what party attempts such a thing, the bullying of a party to install their own candidate shows symptoms of a weakening democracy.

And just like that, the Republican Party coerced its electorate into voting for Trump.

I believe that many moderate Republicans and white evangelists would have immediately dismissed a person of President Donald Trump’s temperament in the past, but because a lot of them care deeply about abortion rights, same-sex marriage rights, immigration rights and so on, they were coerced by their political party into voting for a candidate they didn’t necessarily like.

The same goes for Democrats. The reason behind a number of peoples’ votes wasn’t “Yay Hillary,” but more along the lines of “Whatever, we need to have a pro-liberal agenda for the next 30 or so years.”

The judiciary was never meant to be politicized and it never should be. I want to stress that I am not attacking any specific party.

This is a democratic problem, not a political one.

If Democrats take back the Senate this November and another Supreme Court seat opens up, I am absolutely sure they will stonewall Trump’s nominee just as McConnell stonewalled Merrick Garland.

So what’s the way forward? How can we get our democracy out of this quagmire that it’s sinking into? A quagmire where “agreeing to disagree” is considered less important than party loyalty?

Implementing term limits to Supreme Court nominees is a good place to start.

Just as The Economist suggested in September, justices could serve 18-year limits with two new justices chosen by each president. This would enable every president to appoint justices, thereby de-politicizing the appointment of nominees and gradually moving toward bipartisanship again.

This has other benefits, as well. Because of the current system’s randomness, former President Jimmy Carter did not appoint a single justice while others –– such as former President Richard Nixon –– appointed four justices in five and a half years.

A fixed term limit would ensure equal opportunity for all presidents. Furthermore, longer terms could lead to judges losing touch with reality.

In 1983, current Chief Justice John Roberts said “setting a term, of say, 15 years would ensure that federal judges would not lose all touch with reality through decades of ivory tower existence,” according to Vox. Roberts has been on the Supreme Court since 2005, a career that has now lasted over 13 years.

Therefore, I believe term limits would enable judges to make decisions from a legal perspective rather than a political one.

Sixty-six percent of Democrats and 74 percent of Republicans support the idea of term limits, according to a 2017 Reuters poll. This bipartisan support is highly welcomed because in order to make this proposal a reality, a two-thirds majority is required in both the House of Representatives and the Senate to pass a new constitutional amendment. To put that into perspective, the same majority is needed to impeach a president.

And so, I believe it’s time we all –– no matter if we are Democrats or Republicans –– come together to change this archaic system to strengthen our democracy.

Pranav Kadam is the assistant multimedia editor and can be reached at features@ubspectrum.com.