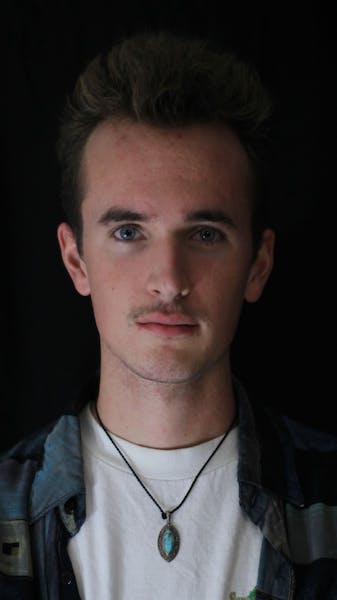 For all intensive purposes, cartoons are strictly jokes.

A cat chases a mouse and accidentally steps on a rake. A roadrunner drops an anvil on a coyote’s head. A giddy mongoose suspects an incoming real estate bubble so he’s forced to move back into his parents’ burrow in Cincinnati.

Although the last scenario isn’t a show yet, cartoons can take on the traits of real life social problems. And what better example of this then “Ed, Edd n’ Eddy.”

The show, a standard animated series to most, is really a sociopolitical anomaly. “Ed, Edd n’ Eddy” follows the misadventures of three kids — Ed, Double D and Eddy — in a cul-de-sac littered with unaccompanied children. The setting alone tells of a world void of parental responsibility where children cultivate a base-level, transgenerational trauma.

Together, the three Eds set out to scheme their way into earning jawbreaker candies. It’s an innocent goal, sure, but the Eds unearth their classist attitudes by not getting their hands dirty.

Millenials, full of affluency and entitlement, have then clearly taken notes from this heinous children’s programming. Younger “Ed, Edd n’ Eddy” viewers can then justify their narrow world views with statements like, “If the Eds feel like they deserve their jawbreakers, then surely I deserve everything I want, too.”

As a result of this show, our generation is slowly eroding the very foundations that hold us together.

A number of “Ed, Edd n’ Eddy” episodes are particularly destructive, too, such as “Stop, Look and Ed.”

Double D, the only child with a modicum of sensibility, is corrupted by his surrounding world to help construct a “jawbreaker surveilling satellite.” The proposed satellite, Double D explains, would be able to locate every jawbreaker within a four-block radius of their cul-de-sac.

As Ed accidentally propels the satellite into a neighbor’s tree, the three friends notice a sign in the neighbor’s yard: “Keep Off Grass.” Although Ed and Eddy look to step on their neighbor’s grass, Double D asserts otherwise.

“Signs are in place so order is maintained in an otherwise uncultivated society, and I for one uphold these silkscreen policies,” Double D says, completely unaware of the psychological warfare his friends have inflicted on his conservative mindset.

Eddy is critical of Double D’s politics, saying adults come up with signifiers “just to bug” children. By belittling structure and rule, Eddy is unlayering any semblance of law we have left.

Eddy portrays himself as an anarchist, doing everything from eating dessert with his hands in the episode and removing mattress tags despite a potential federal penalty. As Eddy rips the tag from the bed’s property, Ed –– Eddy’s mindless cohort –– frees 239 ants. Double D is then symbolically imprisoned to his two friend’s unnerving social chains.

The episode ends with Kevin and Rolf putting the three friends in a cage after Double D claims to have called every neighborhood kid’s parents about their antics. Clearly, punishment arises when even a scent of traditionalism is present.

Even in the episode “The Ed-Touchables,” Double D’s particularities are pushed aside for more left-leaning social policies. In his own home, Double D tries to justify Eddy wearing bunny slippers as Eddy removes labels from his pal’s bedroom. Everything maintains a place in Double D’s world and when Eddy arrives, the social order is no longer stable.

Perhaps this episode, the second of the series’ 131 episodes, is the moment when the series structure fell on its head.

From this moment onward, Rolf hired Eddy to perform child labor on his backyard farm. In another episode, the Eds enter a parallel universe where the laws of gravity are no longer present.

The series is full of social declination which negates all signs of orthodoxy. The show may as well be called “Ed, Ed n’ Eddy” for its gripes against the “powers-that-be” and for its total disregard for Double D.

Nonetheless, if we are looking for dominion on our television sets, it may be a good idea to avoid the socially unbinding agenda deeply ingrained in “Ed, Edd n’ Eddy.”

This column is purely satirical, and the writer has no stance on the underlying political traits in “Ed, Edd n’ Eddy.”

Benjamin Blanchet is a senior features editor and can be reached at benjamin.blanchet@ubspectrum.com and @BenjaminUBSpec.

By BRENTON J. BLANCHET
14 days ago

By JACKLYN WALTERS
14 days ago

By BENJAMIN BLANCHET
14 days ago

By JULIAN ROBERTS-GRMELA
14 days ago