If the women's basketball team does not go the NCAA Tournament, it'll be a robbery 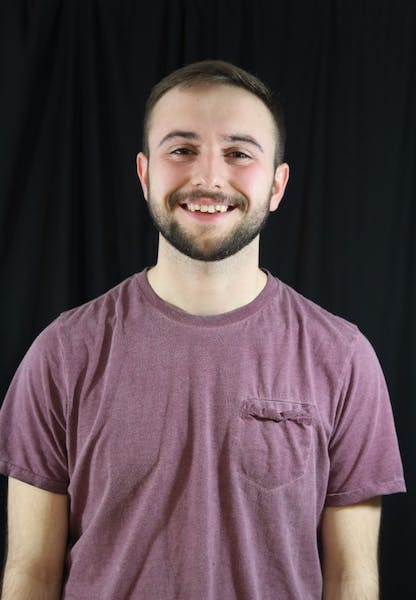 The bids are mostly used for teams in big conferences like the Atlantic Coast Conference, the Big 12 Conference and the Big Ten Conference. Mid-majors like the MAC are almost always skipped over in the at-large selection process.

But if the Bulls (27-5, 16-2 MAC) do not receive an at-large this year, then one of the 64 best teams in the nation will not play in the tournament it deserves to be in. Following the Bulls’ loss in the MAC Tournament final to the Central Michigan Chippewas (28-4, 17-1 MAC), Buffalo’s only way into the NCAA Tournament is an at-large bid.

As of March 10, ESPN’s Bracketology has the Bulls as a 10-seed in the tournament. But, there is a general fear that the Bulls will be overlooked for a major conference team.

The easiest way to discredit the Bulls is to point to their losses. The most glaring is against the Northern Illinois Huskies (15-15, 7-11 MAC) in January and a non-conference loss to the Niagara Purple Eagles (13-18, 9-9 Metro Atlantic Athletic Conference). The Purple Eagles loss is the one that could jeopardize Buffalo, as the Bulls lost to a worse team that night. The Huskies loss is a different story, as the Bulls kept the game close, losing in overtime. The Bulls followed that loss with 11 straight wins, setting the program record for wins in a season before they ever got to Cleveland. If Buffalo does not make the tournament, expect these losses to be the talking points as to why.

I find it ridiculous that anyone would put merit in the Bulls’ other losses to the Arizona State Sun Devils (21-12, 10-8 Pacific-12 Conference) and the Chippewas. The Sun Devils, a solid team in their own right, played the Bulls in non-conference before the team figured out how to run its fast-paced transition offense consistently. The Chippewas are one of the top teams in the nation, with only one loss in conference play to the Bulls. Besides these blemishes, the Bulls have a better record than most teams seeded above them by ESPN.

The Bulls’ best reason for going to the dance is the quality and consistency of the team’s wins. People can outlandishly say the MAC is a weak conference, but the Bulls ran through it. They went 17-1 this season when playing any MAC team not named the Chippewas. They won 11 of those games by 15 points or more.

That is not even considering the big wins the Bulls have picked up this season. The Bulls beat quality teams like the UNLV Rebels (19-11, 14-3 Mountain West Conference), Nebraska, Central Michigan and the Ball State Cardinals (24-6, 13-5 MAC). Not to mention wins over big conference teams like the Clemson Tigers (11-19, 1-15 ACC) and the St. John’s Red Storm (16-14, 9-9 Big East Conference).

Even if you look at stats, Buffalo is one of the best 64 teams in the nation. As of March 9, the Bulls are ranked nineteenth in the NCAA RPI rankings. They were also ranked 28th in points per game, averaging 77.1 points and 30th in field-goal percentage defense at 36.5 percent. Buffalo was even ranked eighth in steals per game.

The numbers don’t lie and they spell the Bulls dancing at the NCAA tournament. The only reason they wouldn’t is because the NCAA doesn’t view Buffalo as a strong fanbase. The major schools bring in more fans based on name-value alone. People go to Notre Dame just to be part of the Fighting Irish.

If Buffalo had a more serious fanbase for women’s basketball, I wouldn’t be so nervous. But when the best attendance number the team did all year was 2,681, the NCAA knows that the overall fan interest is not there. As head coach Felisha Legette-Jack has said, the women’s basketball team is a different kind of cool. It’s fine if you don’t want to support UB’s female athletes, but the Bulls are still going to play great basketball and appreciate the fans that do show up.

Thomas Zafonte is the senior sports editor and can be reached at thomas.zafonte@ubspectrum.com and @Thomas_Spectrum.