I didn't feel anything at a concentration camp. Am I a bad Jew?

Rediscovering what Judaism means to me 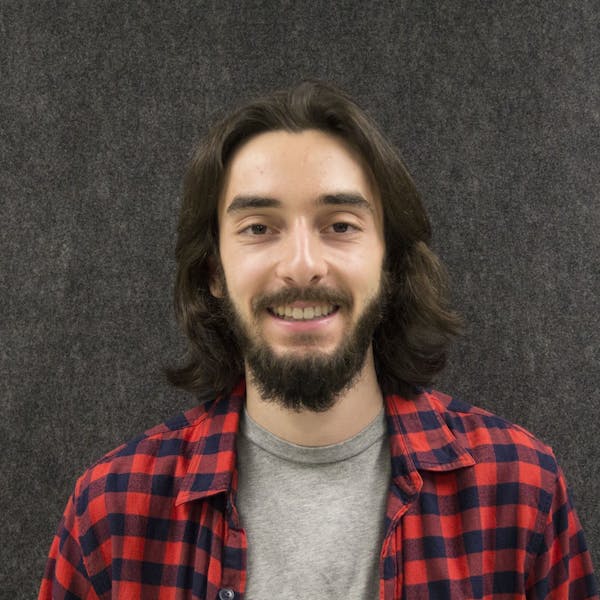 I went to Hebrew School and had a Bar Mitzvah, but only to please my parents. I’ve had little connection to my religion since middle school.

I don't speak Hebrew, I find temple services boing and I’m agnostic. When rabbis try to approach me in the Student Union on a Friday or during the Jewish high holidays, I get nervous and start to feel trapped. Usually I make up an excuse to leave or say I’m not Jewish.

There are about 2,000 Jewish students at UB, according to Rabbi Sara Rich, executive director of Buffalo’s Hillel. I’ve never gone out of my way to meet any of them.

Yet, I do feel the pull of my heritage and a connection to the historic story of the Jews as underdogs who survived and thrived.

I went to Germany this winter on a journalism study-abroad trip and visited a concentration camp for the first time. I thought there, of all places, I would find that elusive connection to my Jewish roots.

As I stood in the empty expanse of Sachsenhausen, a concentration camp outside of Berlin where 100,000 people died, I felt flat. A mixture of disbelief and horror settled over me during our three-hour tour.

I learned about the insidious ways Nazis experimented with and killed Jews. They also killed communists, Romani people, gays and anyone else who disagreed with them. At Sachsenhausen, Nazi officers experimented with the most efficient ways to kill. They tried shots through the neck, mass shootings, gallows and in 1940, they tested out a small gas chamber, which would be the model for the ones used in the extermination camps in Poland. We heard about horrific medical experiments and walked through barracks where 12-15 men slept in beds made for three. We saw the remains of incinerators used to burn the dead.

I saw the main gate, or Guard Tower “A” with its infamous slogan “Arbeit macht frei,” which means “work makes you free.” Sniper towers still outline the crumbling perimeter of the camp as do jagged barbed wire and electric fences.

As we stood together shivering in the 30-degree weather, we realized that had we lived 75 years ago, most of the non-Jewish male students would have been recruited by the Nazis. They would have had little choice. Some –– we all realized –– might have even become camp guards.

I would have been a prisoner.

They would only have seen me as Jewish, the one trait I struggle with most about myself.

Still, it was hard –– impossible really –– to imagine myself a prisoner. I couldn’t fathom the atrocities that happened there. Many of the original buildings no longer stand, so the camp looks like a vast muddy field with gravel filling in areas where most barracks once stood.

It looked too generic to be a scene of slaughter. And yet, I knew it was.

People say you shouldn’t eat at a concentration camp and that you will feel too disgusted to be hungry. I wasn’t. My body didn’t react viscerally to what I saw.

I secretly pulled a hardboiled egg and sandwich from my backpack and ate quietly.

I may not have been the ideal visitor, but I’m glad I went.

I feel awed by the strength of will it must have taken to survive the camp. I wonder if I would have had the stamina or the courage. Many of the tales of bravery and survival documented at the camp remain with me. They alone make me proud to be Jewish, to be connected to such deep fortitude. I know they fought so I can live as a Jew today.

If I’m being honest, I expected to walk through Sachsenhausen and have an epiphany, to feel changed and more in tune with my religion.

I did feel shocked at the blasé way some people carried selfie sticks and took photos of themselves in front of the barracks and the prison cells. I saw vloggers documenting their trip. I know it’s important to remember that some people insist the Holocaust never happened. But some of the tourists seemed too glib. Concentration camps don’t seem appropriate fodder for social media.

But still, I’m ashamed I wasn’t moved more. Maybe I was too distracted by visitors posing for Instagram shots.

My lack of response to Sachsenhausen has haunted me since I returned home.

In past semesters, I’ve considered joining a campus Jewish organization like Aish or Hillel, but I always told myself I’m too busy.

I was worried I’d be forced to do the religious things I dislike about Judaism.

Judaism does play a role in my life. I celebrate all the high holidays with my family, but we’re reformed Jews, and the far-fetched stories out of the Torah always seemed impractical to me. Evolution always seemed more plausible than God creating the world. I know there’s something, some force in this world, but I like to think it’s more spiritual, an aura of some kind.

Recently, Rabbi Sara asked if I’d be willing to serve on a hiring committee to interview candidates for a new job at Hillel. She had read one of my articles in the fall and we had coffee once to discuss it and my Jewish identity.

Strangely, I felt comfortable talking about my Jewishness with her. She helped me see that I can participate in Jewish life on campus without participating in religious services.

Jewish millennials, it turns out, do this a lot.

A 2017 survey by the Public Religion Research Institute shows 53 percent of Jews under 30 identify as “cultural Jews,” which means they consider themselves Jewish but don’t practice a religion or view themselves as active members of the Jewish community.

Hillel sees around 300 students a year, Rabbi Sara said. That’s one percent of the UB undergraduate population. Only 60 are frequent participants, she said.

I’m teetering on the verge of becoming a participant. But I’m doing it my way, by joining Hillel’s hiring committee. For me, it’s a way to connect with fellow Jewish students and positively impact our campus while staying within my comfort zone.

Being in Sachsenhausen didn’t spark an epiphany. But it did begin a slow roll in my thinking.

Jews make up about two percent of the U.S. adult population. I’m part of that number. I never want to be otherwise.

Sachsenhausen made me realize that. My experiences there changed who I am here.