A story that wasn't forgotten overseas 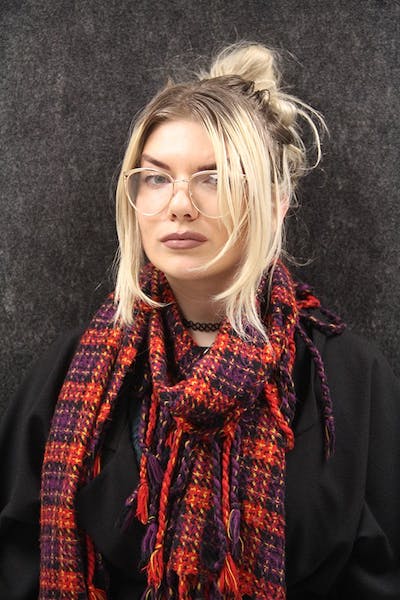 I was born in Sarajevo, Bosnia and Herzegovina in 1996.

I was a little miracle war baby who made it. I defeated the odds of health complications, my mother's high-risk pregnancy and malnourishment. My family went without food, water and electricity for over four years. This was especially detrimental to my pregnant mother, who prior to having me miscarried twins.

My mother would eat what she could. She would get excited when she had the opportunity to eat grapes or apples because according to old wives’ tales, her baby would grow to be intelligent and beautiful if she did.

My parents and elders always told me personal stories from the war. I was too young to remember anything other than the aftermath.

The buildings from my early childhood were decorated with bullet holes, but I didn’t understand why at the time. I increasingly understood as I got older, although cities were remodeled and bullet holes got patched up.

As an adult, I have watched several documentaries and have read countless works on the war to try to educate myself as much as possible. It’s important to understand your nation’s history and roots. But I might be a little biased when I say this because, after all, I am a political science student.

I give my family and other victims respect for what they endured during those years. My brother was only a child, but he was exposed to it a lot more than I was. Adults aren't even fully ‘adult’ enough to face something like war.

War is never kind, nor fair.

My parents, brother and I moved to the United States in the early ‘00s. We came here for opportunity and education. To get a degree in the U.S. meant that you had a solid grasp of English, and we would be international and universal. My parents wanted the best for us.

Before we arrived in the U.S., we lived temporarily in Vienna, Austria while waiting for our paperwork to get sorted out. This was shortly after 9/11 when U.S. airline and immigration security became increasingly strict.

We ended up staying in Vienna for months longer than we had originally planned and blew through more money than we expected.

When we arrived in the U.S., the only English words that I knew were “hi” and “thank you.” It wasn't exactly an easy adjustment. At my new American school downtown, I had to try to immerse myself in a brand-new culture among children who didn't like me because I “stood out” and spoke “gibberish” instead of English.

If my memory serves me right, a lot of the time I actually was just speaking gibberish because I was always trying to quickly mimic English words that I didn’t understand the meaning of.

After school, I’d go back home to my Bosnian-speaking family. My parents wanted to make sure my brother and I kept our native language. I would have emphasized the same concept if I were in their shoes.

I will admit, it is confusing to be stuck in between two cultures like that as a young child, but being bilingual is worth it. Keeping your roots and culture is something to be proud of.

My [now] fluent English didn't happen overnight, but I did end up catching on rather quickly.

I owe this to my parents. They were always tough on my brother and me. I learned to read and write English by hand, copying children’s chapter books word for word. My parents insisted it was necessary. This not only enhanced my English comprehension, but it also encouraged precision and built up my work ethic.

As much as I hated doing it back then, I can’t really complain because here I am today, expressing my thoughts in fluent English.

Ema Makas is an arts staff writer and can be reached at arts@ubspectrum.com.