Swift shows off a darker, more mature side

The death of Taylor Swift’s reputation led to the birth of her most impressive artistry yet.

Swift’s new album, “reputation,” draws you in immediately with the fast-paced and edgy “…Ready for It?” Swift declares on the song he “knew I was a robber / first time that he saw me, / stealing hearts and running off and never saying sorry.”

The lyric is a half tongue-in-cheek, sly jab at the tabloid media’s portrayal of Swift as boy crazy heartbreaker and half smugly self-aware.

Rather than completely shirking the public’s perception of her, Swift displays a huge leap in maturity by acknowledging her flaws and mistakes. She also shows there’s far more to her than her relationships and public dramas.

In the album’s liner notes, Swift observes that we are never just “good or bad,” rather “mosaics of our worst selves and best selves,” existing somewhere between our “well-lit profile photos and our driver’s license shot.”

This theme is reflected throughout as Swift opens up and lets us into her world in a way she never has before. Swift’s music has always been deeply personal and confessional, but there’s something about “reputation” that feels more vulnerable and honest than ever.

Her remarkably descriptive lyrics paint vivid pictures that envelop you in her world. She sings of “spilling wine in the bathtub,” being “up on a roof with a school-girl crush / drinking beer in a plastic cup” and “bass beats rattling the chandelier.”

“Don’t Blame Me” is an early standout track on the album. It’s a gospel-influenced tune where Swift compares the intoxicating rush of love to a drug-induced high. “Lord save me / my drug is my baby / I’ll be using for the rest of my life,” she declares. The driving beat slowly builds to a triumphant and downright religious climax that showcases Swift’s dark and powerful alto.

On “Delicate,” Swift takes on an entirely different feel. The song examines a delicate beginning of new love, and it is appropriately tentative and nervous both melodically and lyrically. Swift’s hushed vocals are truly delicate and give you that tight feeling in your chest that you get when you first start a relationship but don’t want to say the wrong thing.

There is an obvious sonic split in the album as Swift slowly shifts from songs that reflect the media’s portrayal of her and her reputation to more soft and confessional tracks that reveal Swift’s true self.

“Getaway Car,” one of the strongest cuts on the album, is an ’80s pop anthem that puts anything on “1989” to shame. Lyrically stunning, every word is expertly crafted. “The ties were black / the lies were white / shades of gray / in candlelight,” Swift sings in the urgent, flustered voice of someone in a getaway car.

With the “shades of gray” allusion, Swift makes reference to the overarching theme of the album — people and situations aren’t just black and white, they’re nuanced, complex and imperfect.

Swift’s mature self-awareness resurfaces on this track. “With three of us / honey it’s a sideshow / and a circus ain’t a love story,” she admits. Observations like this help lead Swift to a more mature and stable relationship by the end of the album.

“Call it What You Want” is a stunning ballad where Swift tells the story of what’s perhaps her first real, grownup love. A remarkable departure from her notorious finger-pointing breakup tracks of years past, Swift acknowledges that she “makes the same mistakes every time.”

In the shimmering bridge, Swift tentatively croons, “I recall now late November / holding my breath / slowly I said, you don’t have to save me / but would you run away with me?” These lyrics harken back to “Love Story,” where Swift begs for her Romeo to save her.

But as a 27-year-old woman, Swift doesn’t need to be saved; she is just looking for a real love at last. As the album progresses, Swift sheds her layers and facades, from the media’s perception of her to her public persona and finally to the flawed and complex –– but ultimately real –– Taylor.

The first half of the album is composed of hyper-produced, dark electric pop anthems. The second half becomes slowly simpler in its production, until you reach the final and most powerful track, “New Year’s Day.” It’s completely acoustic, just Swift’s soft, intimate vocals and delicate piano chords.

Swift has spent her whole career trying to put love into words. In “New Year’s Day,” she finally achieves this elusive goal in one phrase: “I want your midnights, but I’ll be cleaning up bottles with you on New Year’s Day.” It is a simple yet profoundly poetic way of describing true love.

“reputation” is a stunning and nuanced celebration of both “midnights” and “glitter on the floor after the party,” and ultimately an exquisite reflection on the complexities of being human.

Maddy Fowler is a news editor and can be reached at maddy.fowler@ubspectrum.com. 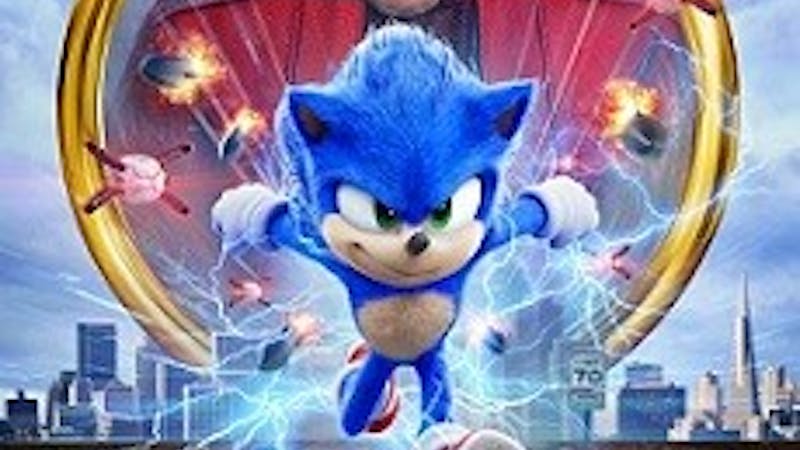 By ANASTASIA WILDS
2 days ago

By ISABELLA FORTUNATO
2 days ago

By BRENTON J. BLANCHET
2 days ago