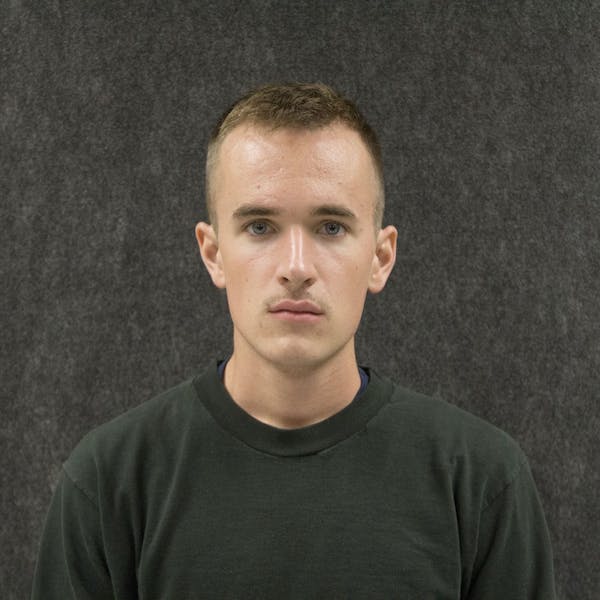 I’ll throw Eminem in the conversation of top 5 of all time and, no pun intended, I’m not afraid to say that.

From quirky personas to upper echelon word-play, the rapper can easily box with some of the best in the field.

But as a rap fan who primarily got into the genre in the late ‘00s, I, unfortunately, had to mill through the tail end of his career.

Albums like “Recovery” and “The Marshall Mathers LP 2” -- with the exception of few & choice songs -- are dumpster fires. They show a rapper who’s exhausted, filling bars with 100% corn and faux-angst. It’s this Eminem that I’ve been exposed to since middle school, a rapper I’ve almost always disliked for the past few years.

In freestyles, however, Eminem is a special kind-of force.

My opinion of Eminem somewhat shifted as an artist during my freshman year at UB. One of my floormates at the time excitedly showed me the rapper’s “Shady CXVPHER” in November. I already had my preconceptions of the rapper but these might’ve been the best off-the-dome bars I had heard in years. In full, I admired the rapper’s efforts, and illustrative writing.

But I still considered the rappers many flops over his few gems, that is until last week.

The rapper draws a “line in the sand” for fans -- those that support President Trump are not cool by him whatsoever. Throughout the freestyle, he shouts out the crisis in Puerto Rico as well as the importance of protests by athletes like Colin Kaepernick.

Not to mention Twitter users couldn’t update their timeline without seeing a fan, or Snoop Dogg, react to the freestyle.

Anyone who clowned the rapper in the past, like , felt immediately dumbfounded. For me, Eminem was never the type of rapper to “get political” and now that he did, he revealed another category he can master.

The freestyle, though, is much bigger than its lyrical content.

The rapper’s majority white audience needs to hear a message that confronts racism and that Americans have the right to protest racial injustice in any forum.

Rap derives from the creative geniuses of black if fans fail to show respect for its creators’ communities than they shouldn’t be listening to the music whatsoever.

But Eminem is far from the first rapper to criticize President Trump and certainly won’t be the last.

Rappers like YG set the rap world ablaze when he dropped “FDT (F*ck Donald Trump)” with Nipsey Hussle. The song’s bopping West Coast beat cruises to lyrics filled with disapproval for the then-Republican candidate, a cause that united a Blood (YG) and a Crip (Hussle) on a track.

Others like “We The People” by A Tribe Called Quest mock President Trump’s rhetoric on its chorus, a message heard loudly at this year’s Grammy Awards.

Clearly, hip-hop’s frustration with Trump is far from new and despite what Keith Olbermann thinks, this freestyle shouldn’t remove anyone’s “27 years of doubts about rap.”

The freestyle, however, is deserving of all praise that comes its way but fans should recognize past efforts by people of color -- efforts that are equally, if not more, important than Eminem.

Its these efforts by artists voicing anger, and emotion which display hip-hop at its best. When The Stop the Violence Movement released “Self Destruction” in 1989, rappers like KRS-One, MC and Doug E. Fresh asked for a cease of crime in the black community.

This isn’t to mention songs like “Fight the Power” by Public Enemy, “Bin Laden” by Immortal Technique and “Alright” by Kendrick Lamar. Rappers aren’t foreign to the idea of laying down emotions on wax, especially emotions that deal with socio-economic and political factors.

Eminem’s freestyle is just another case of current events being utilized to deliver important messages at the right time. The freestyle sounds the permanent prowess of an entertainer long past his peak and energizes debate in the rap community. At its core, the freestyle also represents what the rapper has willingly embraced through the years -- his unpredictability.

Time will tell whether fans will respond accordingly, though. It could be weeks, months or years before the impact of Eminem’s freestyle is seen.

Whatever happens, fans on both sides take appropriate action and heavily consider the rapper’s “line in the sand.”

Benjamin Blanchet is the senior arts editor and can be reached at benjamin.blanchet@ubspectrum.com.