The grapevine: Capture the Crown and Voodoo Glow Skills coming to Buffalo

This week, Buffalo has a host of great shows coming in to play the local scene. From veteran rock ‘n’ rockers to dreamy indie rockers, the concerts this week are very rock-centric. If you are suffering from post-spring break lethargy, go to a concert for a quick pick me up.

Aussie metalcore band Capture the Crown will be coming to performing at the Waiting Room on Tuesday. The band was formed in the fallout of Atlanta Takes State’s breakup, a similar metalcore band.

The band has been making music and touring extensively since 2010, trying to make it in the heavily saturated hard rock scene. The group has received relative acclaim from their two studio albums, ’Til Death and Reign of Terror.

The band has had a rocky member rotation due to band infighting and creative disagreements. In 2012, three members of the band quit – leaving Jeffery Wellfare, the only original member, to build an entirely new band under the same name.

On Wednesday, the California natives Voodoo Glow Skulls will be bringing their 26 years of music experience to the Mohawk Place. The ska punk band first got their start in 1988 when the three Casillas brothers and their friend Jerry O’Neill started playing casual shows at backyard parties.

The band has led an extensive career – 10 albums through four separate record companies.

Their ska punk has taken the band around the world on tour – don’t miss their next stop in Buffalo on Wednesday.

Kurt Vile has been involved in the music scene in many ways, including The War on Drugs, as a solo artist and with his backing band The Violators.

Currently, the artist is riding a huge wave of critical acclaim, following his sixth studio album b’lieve I’m goin down…, which was released on Sept. 25, 2015.

The artist is gearing up for a huge summer tour, including many dates for the hugely popular festival circuit, including Bonnaroo and Glastonbury.

He will be bringing his dreamy indie rock to Buffalo on Thursday.

Local band The Naturalists will be performing at Mohawk Place this Friday. Influenced by ’90s rock, the band’s sound is a fusion of ’90s rock revival and more modern indie rock.

The band has been growing in popularity over recent months and has been playing around local venues quite frequently.

The band is sure to feel right at home at Mohawk, playing for the hometown crowd.

Torro Torro is an up-and-coming electronic DJ duo from Toronto. They have a large range of influences, from trap, grime, electro and dub. They have been trying to make the transition from a small-time to a big-time act over the last few years.

The first made their rise to popularity by remixing popular EDM songs and built off that newfound hype with their own tracks.

The duo is the classic party EDM DJs – get out to the Waiting Room on Saturday for a dance party.

Brian Windschitl is the senior arts editor and can be reached at arts@ubspectrum.com 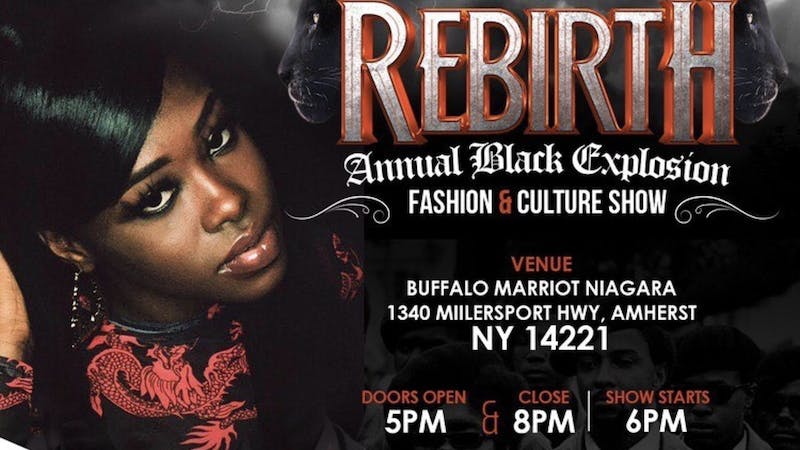 Embracing the present, blessing the future and honoring the past

By JUSTIN WOODMANCY
1 days ago

King Krule sets a new bar for himself on 'Man Alive!'

By OWEN BRYANT
4 days ago

March Madness, but for gamers

By ALEX WHETHAM
8 days ago