When Witherspoon and an assistant rang, Battle, who had never heard of UB, had a question: Do you play in Division I?

"When we said 'yes,' his polite way of saying 'are you sure?' was to say 'who else is in your conference?'" Witherspoon said.

Several months after Battle committed to UB, Bortz visited campus. The coaches suggested the pair of youngsters speak on the phone - after all, they reasoned, Battle could be the center's point guard for four years.

Bortz laughs recalling the moment and says his talk with Battle was "one of the most awkward phone conversations ever."

Battle was a big-time recruit - possibly the biggest signing at the time in UB history. A couple factors played into his decision: he had changed AAU squads the summer before his high school senior year and lost some major schools' interest (which he now calls a "blessing in disguise"), and he also felt naturally at home when he visited Buffalo. For Battle, it just felt right.

UB is fortunate it did.

He and Bortz formed a tandem that, with the help of players like Calvin Cage, Yassin Idbihi and Daniel Gilbert, led UB to the finest basketball season in program history. In 2004-05, their senior year, the Bulls finished 23-10 and advanced to the second round of the NIT after losing in the Mid-American Conference championship game on a last-second tip-in to Ohio.

Battle was named MAC Player of the Year, AP Honorable Mention All-America and Academic All-MAC. He started at point guard for four years and amassed career averages of 12.6 points, 4.5 rebounds, 4.1 assists and 1.5 steals per game.

Now an assistant coach at Chattanooga, Battle played professionally overseas for one year before breaking his elbow playing pickup at UB and consequently starting his coaching career.

Battle and his wife, Clare, are expecting their first child, a girl, in July.

"I think about it all the time. I reminisce all the time," Battle said of his UB career. "When we get together, my teammates that I was close with, we always talk about it. We have a lot of memories - sad memories and happy memories, too - so it's something that I'll explain to my kids and my teammates will explain to their kids."

Is Bortz surprised Battle, who received NBA looks, played professionally for only one year? Yes and no. Yes because he was so good in college, but no because his teammates always expected Battle to go into coaching.

"Early on, he had a coach's mindset," said Bortz, now an assistant marketing manager for Europe/Middle East at Rich Products in Buffalo. "So when he decided to stop playing and be a coach, that wasn't really a surprise."

Bortz, who earned his MBA from UB after playing professionally overseas for five years, added that the team called Battle "Textbook" because he always conducted himself, both on the court and in the classroom, "by the book."

Battle said he was playing the "best basketball of [his] life" before breaking his elbow. He had an offer overseas and "probably would've wanted to play until the age I am now [31]."

Witherspoon, who started his coaching career just minutes down the road from UB at Sweet Home High School, helped Battle start there as well. Battle planned to rehab while he served as an assistant for the Panthers during the 2006-07 year. In the sectional title game, Sweet Home upset highly favored Niagara Falls, which was led by eventual NBA lottery pick Jonny Flynn, and the coaching bug stuck with Battle.

Brian Pappagallo was a junior guard on that Sweet Home team.

"He played every day with us and he was very demanding," said Pappagallo, who went on to play at Medaille College. "He was 10 times better than anybody we had on our team. We had three other coaches, so he wasn't as vocal, but seeing things on the court - when we'd play, he would stop and show us what he saw and go through what we saw."

The June following that season, Chris Hawkins, the UB assistant who recruited Battle, took a job at Tulane (he is now an assistant at Radford). Witherspoon offered the open spot to Battle.

"We talked about it as a staff, and obviously trust is a big part of what needs to take place when you're trying to build a program," Witherspoon said.

The coaches reasoned there was nobody they trusted more than Battle, whose character as a student-athlete made a lasting impact.

As a coach at UB, Battle said "watching a lot of guys develop was the best thing, because I saw them come in as recruits and leave as successful men that are doing well for themselves right now."

Tony Watson, who graduated from UB in 2013 and played last season for Germany's Bayer Giants, said though Battle mentored him as a point guard, he learned more from him about "how to carry yourself off the court and how athletes are supposed to present themselves."

"It's not all about basketball," Watson said. "It's also about being a good person and respecting other people."

Battle said he attempts to emulate the approach of Witherspoon.

"He's more of a father figure to all his players," Battle said. "He's not one of those guys who's going to be in the office just during office hours and go home. He checks in all the time. If I need anything at 3, 4 o'clock in the morning, he'd answer and he would do it."

The two were a part of the staff that was fired from UB after the 2012-13 season. "Things didn't happen the way we wanted them to happen," Battle said, but he harbors no ill will toward the athletic department. Witherspoon said he expects to find out in the next 2-3 weeks if he will be coaching at a new school in the winter.

"Nothing has changed. That's my alma mater," Battle said. "My teammates and myself, we put a lot of blood, sweat and tears into building that program. The way we feel about it as a group is that if it wasn't for Coach Witherspoon believing in all of us, then [Athletic Director] Danny White may not be there as well. It's always going to be my school and always going to have a place in my heart."

Battle said he is still close with many of his teammates, including Bortz, Gilbert, Cage, Jason Bird and Rod Middleton. "We created a bond that probably won't ever be broken," he said.

"We're all like brothers - like any family, even though you may not talk that often, you'll always be family," Bortz said.

Their squad helped the Bulls progress from 12-18 their freshman year to 23-10 as seniors.

Witherspoon said that by the end of the 2003-04 season, Battle's junior year, in which UB went 17-12, fans started lining up at Alumni Arena at 11 a.m. for a 7 p.m. tipoff. In Battle's senior year, UB lost only one non-conference game - to the defending national champion, UConn.

"[Battle] was the perfect beginning, foundational stone for the building of the modern era of not only UB basketball, but intercollegiate athletics," Witherspoon said. "I've talked to [former UB Bill President Greiner] about this - I've spoke with him about how important that was, not just to the basketball program and intercollegiate athletics, but the entire university.

"Because later on, it galvanized the university. It gave the university something to come together for in a way they had never known." 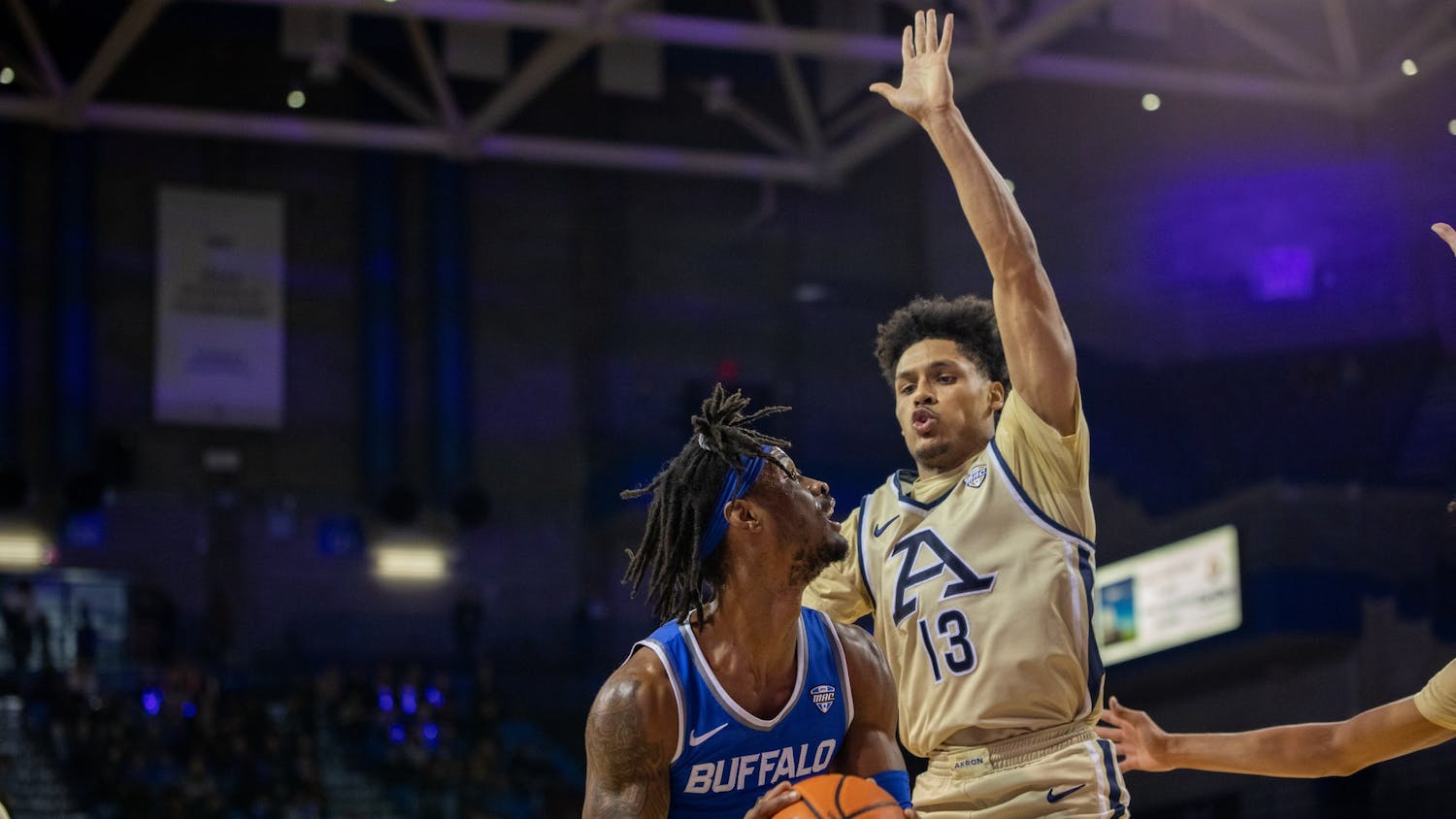 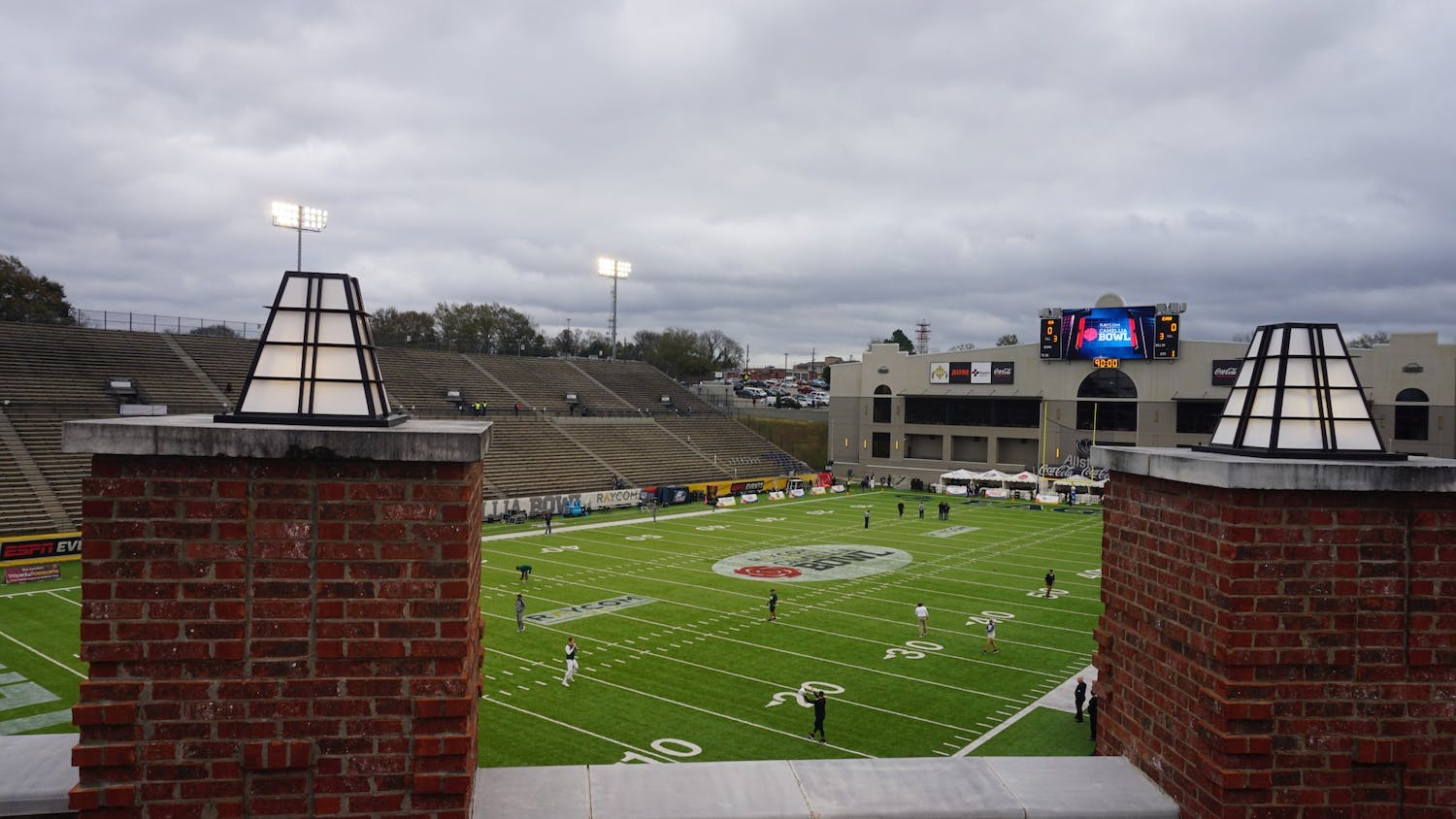 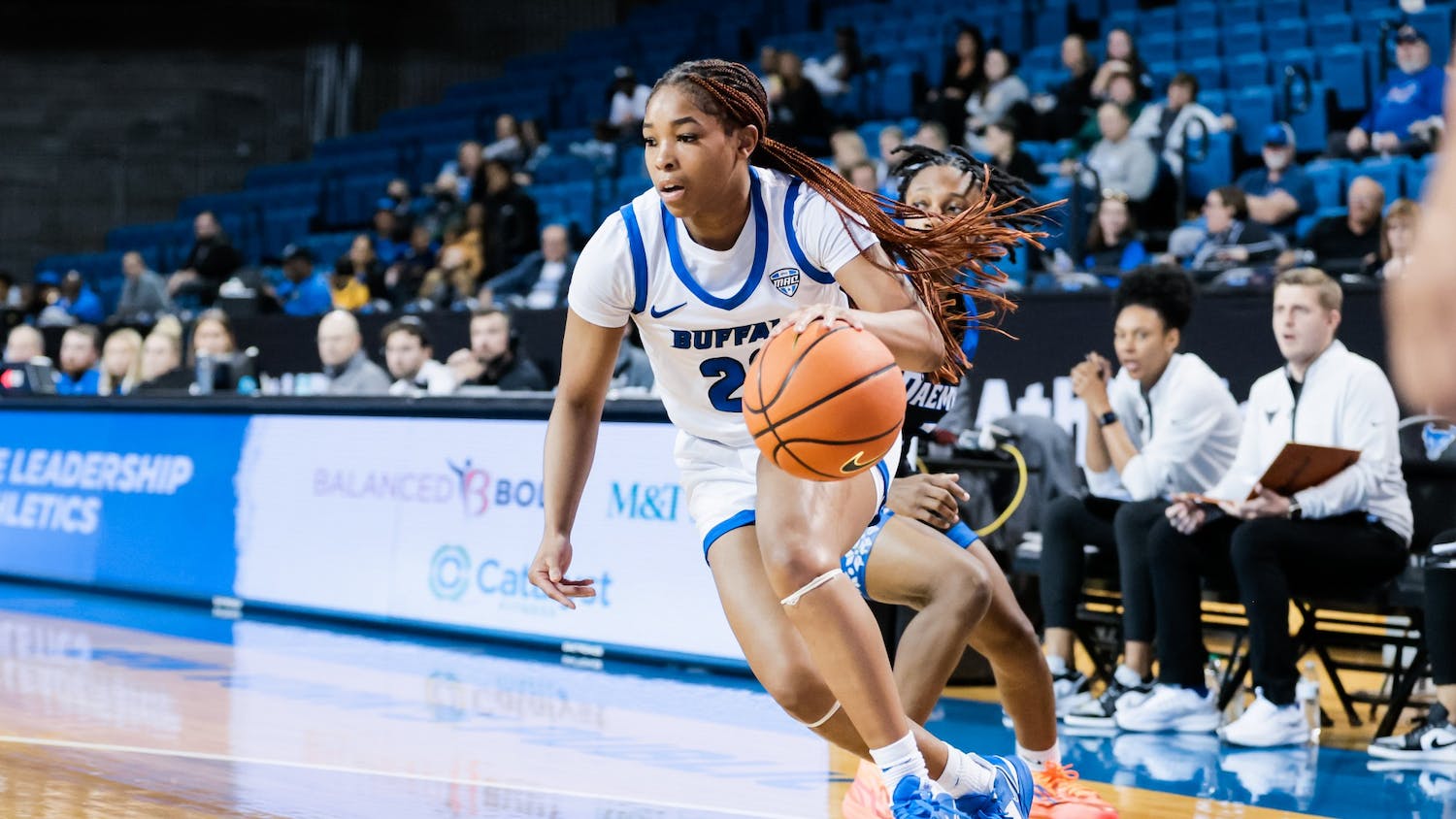