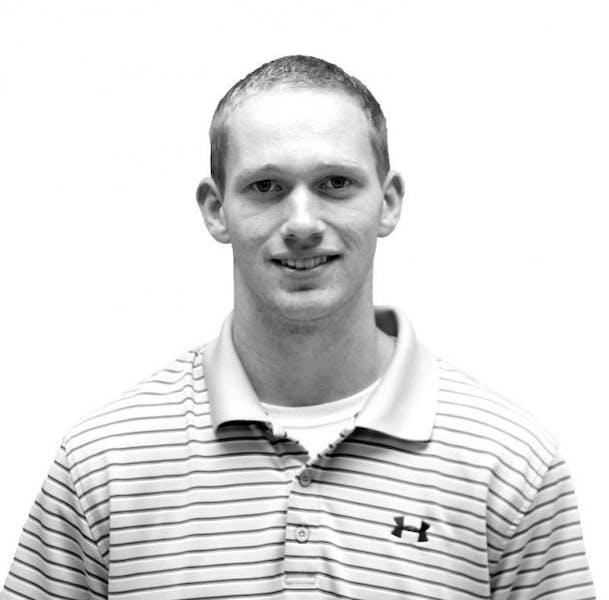 When I started at The Spectrum, I just went through the motions. I strolled into class as a staff writer - and eventually into the office as an assistant sports editor - quiet, headphones in, ready to finish my work and leave. I saw it as a class and later, as I climbed the ranks, as a non-paying, part-time job that would boost my r?(c)sum?(c).

Independence, laziness and shameful grades defined the first three years of my college career - choices I regret, but stories and friendships I won't. But the last two years have been defined by The Spectrum. And I've never felt such fulfillment.

I never thought that I would be here four semesters later. I never thought it would give me work experience, internships and potential job opportunities that were once just a dream. And I never thought I would leave with friendships that I'll cherish for the rest of my life.

I haven't become close with everyone I've worked with over the past two years. Some may not have much to say of me other than "he was quiet" or "he often kept to himself." That is a fair assessment. I started at The Spectrum the second semester of my junior year and already had a group of best friends at college. I saw the bonds, friendships and time people at The Spectrum shared with one another. It was more than just a class or a job to them. But it wasn't to me.

And more importantly, the people within it:

Ben Tarhan, my co-senior sports editor, for having my back and helping make this semester one of the best of my college career. Owen O'Brien, who refuses to let anything get in his path on the way to his dream and whose creativity - despite its absurdity - is something I envy.

Lisa Khoury and Sara DiNatale, for always being there and happily setting time aside to help improve an article. Max Crinnin, Eric Cortellessa, Sam Fernando and Brian Keschinger, some of the "gnarliest," funniest and most intelligent people I've met.

Matt Parrino, for showing me you can still achieve greatness regardless of what path you took. Jody Biehl, for imparting your knowledge, always being honest and making my pieces the best they could have possibly been.

Aaron Mansfield, for leading by example. The passion, professionalism and determination you have displayed have been my biggest motivator. And Joe Konze, for being a true friend from the very beginning; your relentless work ethic is inspirational.

You all may not have intended it, but I can't thank any of you enough for teaching me to become a better student, person and journalist. From now on, I'll never just "go through the motions."

So, like I say after leaving my five-credit Spanish class every day - despite being a super-senior - adios.