There are approximately 4,352 colleges, universities and junior colleges across the country. Sixty-one of these campuses compete in Division I lacrosse. The University at Buffalo is not one of these schools.

There is, however, a club lacrosse team and although they may not compete at the collegiate sport's top level, they shouldn't be taken lightly.

During the week of April 5, MCLA The Lax Mag ranked the Bulls No. 19 in the CCLA Division I rankings. More importantly, however, Buffalo currently sits at No. 26 in the Division I rankings of the Men's Collegiate Lacrosse Association (MCLA) according to laxpower.com.

Buffalo's club lacrosse team is unlike any other club sport that is currently on campus. While the team won seven of its nine games this year, they've done so on the road.

After kicking off the season on Feb. 27 in a doubleheader against Ball State and host Pittsburgh, the Bulls played six consecutive road contests including stops in Clemson, Georgia Tech, Auburn and West Virginia – all of which resulted in wins for Buffalo.

During their six-game win streak to start the season, Buffalo outscored their opponents 56-21, including a 12-2 win over Clemson and 11-1 win over the Mountaineers of West Virginia.

Buffalo suffered its first loss of the year on April 10 at Boston College in a 10-9 contest. The following day, the Bulls dropped another tightly contested match to Northeastern, 5-4.

On April 27, the Bulls finally made their home debut in the final regular season game with a 7-5 win against Miami (Ohio).

"We don't have a lot of [home] games because a lot of teams are not willing to make the trip up to Buffalo," said head coach Ryan Crawford. "Our league is very spread out and we are one of the more isolated teams. We don't have very many home games."

Offensively, the Bulls are led by sophomore attacker Tom Sudek, who leads the team with 20 points, including a team-high 16 goals and four assists in nine appearances. Behind Sudke is fellow sophomore attacker Andrew Willis with 19 points, 13 goals and a team-leading 2.375 points per game.

With only 10 seniors on the 43-man roster, Buffalo's inexperience was a worry entering the season. But the team quickly came together as their performance on the field became stronger.

While Buffalo has had a knack for finding the back of the net this season, the team has prided itself on its defensive play.

The team surrendered 41 goals this season thanks to the play of junior goaltender Michael Caggiano. Starting in all nine games, Caggiano recorded 92 saves and allowed just 34 goals against. His 0.730 save percentage is third in CCLA Division I, while his 3.778 goals against average is tied for third as well.

"Right now, we are giving up three and a half goals a game on average which is very good. Our defense and goaltending has always been one of our strong points," Crawford said.

Caggiano attributes his success this season to his defenders ability to contain close-range shots from the field.

After finishing the 2009 season with a 9-2 record – including a seven-game winning streak to end the year – the Bulls upset No. 19 Michigan State in the first round of the CCLA playoffs, 9-5, before bowing out to eventual national champion, Michigan, 16-2.

At every season's end, the national tournament field is decided based on the final rankings of the MCLA. Although Buffalo had a successful season, they're a long shot to make nationals in Denver, Col. in mid-May. To gain entry, the Bulls will need to earn an automatic bid by winning the CCLA over perennial champion, No.1 Michigan.

"Our goal this season is to reach the national championship tournament," Crawford said.

While the Bulls have qualified for the postseason, they await their first round opponent. CCLA Division I playoffs are set to begin on April 30 with the championship game scheduled for May 2. 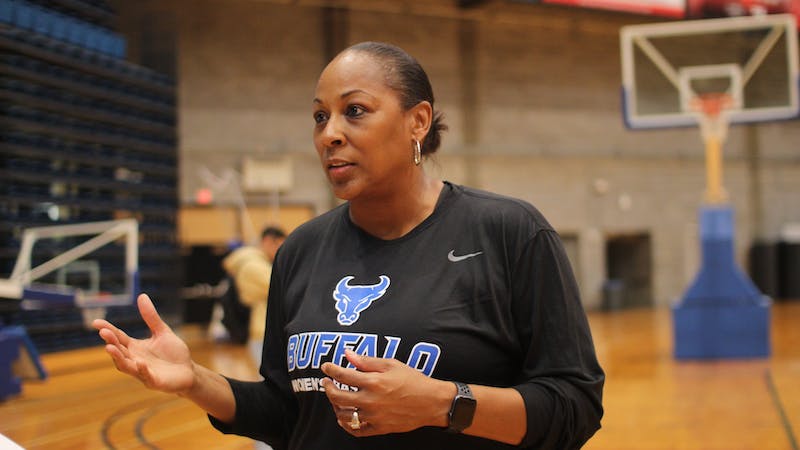 By JUSTIN WEISS
19 days ago

By JUSTIN WEISS
26 days ago