Real men wear pink. Real men have emotions. Real men respect the vagina.
Keegan Burke, a sophomore social work major, and Aaron Maracle, a graduate student in the School of Social Work, both facilitated and lead a V-Men Monologues discussion.
11 men participated in the recorded discussion. According to Burke and Maracle, similar interviews were conducted over a decade ago with women and resulted in The Vagina Monologues.
Jane Fischer, director of Sub-Board, Inc. Health Education, explained the true purpose of V-Men.
"It is an idea-gathering session where [we gather] feedback from men, " Fischer said. "The objective was to gather male experiences, thoughts on the issue, and spawn ideas as to how they can contribute to supporting survivors and ending violence internationally.
Fischer was excited for the opportunity of the V-Men Monologues, a spinoff of The Vagina Monologues.
"It is a really empowering process," Fischer said. "It has grown over the past decade to over 130 countries."
According to Fischer, The Vagina Monologues began as a collection of interviews from women all over the world discussing topics such as sexual expression, repression and abuse.
The V-Men Monologues was a "men only" event that discussed such topics as "What it means to love/respect a woman" and "The difference between compassion and corruption."
The men were asked to list the admirable characteristics of a man, a woman, and a person he admired. Many times, they chose characteristics similarly associated with a woman. Such characteristics include being compassionate, caring and loving.
In many cultures, males are taught to substitute aggressive behavior for emotions, according to V-Men presenters. This concept varies amongst cultures, but is more accepted in certain countries.
"In the Congo, for example, male soldiers brutalize and rape women on a regular occasion," Maracle said.
An important point covered in the presentation was that males who experience violence in their homes are ten times more likely to abuse their spouse. According to the V-Men presenters, a man who has experienced violence in his home may approach an abusive situation differently. He either knows it is wrong yet continues to do it or stands up against it because he does not want it to happen to other people.
Burke and Maracle stressed that others can make a difference in so many more ways. The men that joined the V-Men discussion, for example, may give others the courage to speak out.
The idea of V-Men is that anyone has the power to play a part in discontinuing the violence, and men have a significant amount of that power.
"Men are a lot of the perpetrators, so they have to be part of the solution," Maracle said. "It is a very small proportion of men perpetrating that violence; [they are] giving men a bad name against women. [It is the] same crimes over and over."
From attending a Vagina Monologues production at UB this upcoming weekend to hosting a V-party to purchasing a chocolate vagina, any contribution makes a difference. The funds will go to women in the Congo to help fight the violence and to further educate and promote discussion around campus.
For further information, log onto www.vday.org/home. 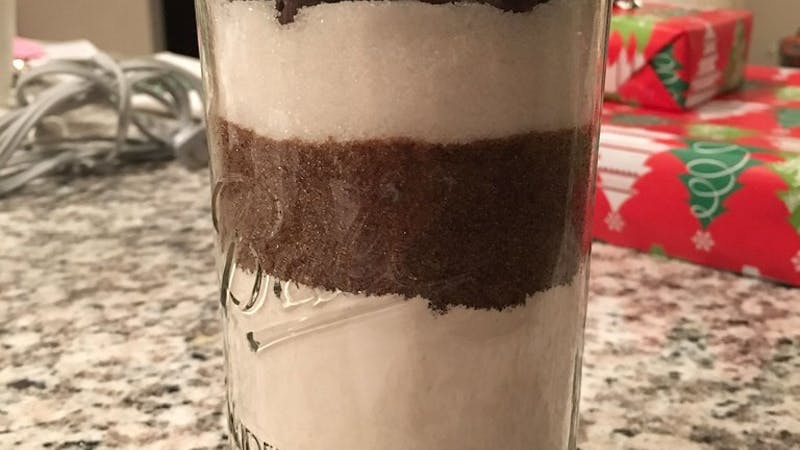 By ASHLEY GUGLIELMO
46 days ago

By JULIAN ROBERTS-GRMELA
46 days ago

By JACKLYN WALTERS
55 days ago