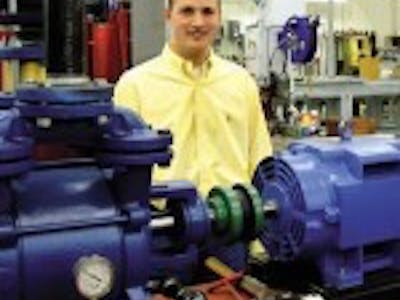 "One Year Later, Carter Still on 'First Track'"
As the competition for the next Panasci Awards kicked off last week, last year's winner of the $25,000 prize says the company he started with the award is poised for growth.Scott Carter, who won last year's top prize, spoke Wednesday to potential Panasci competitors at Jacobs Management Center to give an account of his experiences with First Tracks, Inc.The awards, sponsored by the School of Management's Center for Entrepreneurial Leadership, grant $40,000 of startup capital to two UB graduates who are starting a local business.Carter, a 2002 graduate of the School of Management whose undergraduate degree was in chemical engineering, said that he encourages potential entrants to stick with their ideas but to expect the unexpected."I'd tell potential entrants to find a good idea -- something that's needed -- and think big and be flexible," he said.Carter's "good idea" was First Tracks, Inc., which is early literacy monitoring and reporting software that allows elementary school teachers and administrators to monitor their students' progress.According to Carter, it is based on the Internet, and it enables teachers and administrators to track and report on the progress of students on many different levels, from an individual level all the way to a district-wide level.The new national Reading First program, part of the "No Child Left Behind" initiative signed by President George W.
Senate Tightens Wallet On Emergency Funds
Growing concerns have been heard in the Student Association Senate about dwindling emergency funds as clubs are finding it more difficult to get the support they need to cover unexpected costs.
CIT Hopes Upgrades Will Consolidate Information
The Computing and Information Technology department is hoping that students won't notice their latest project.The department is upgrading the campus' current network systems from Windows NT to a Windows 2000 Active Directory system, which officials say will create a centralized location for data on all campus servers and will make UB's network ready for future technologies.Lesniak said few students, if any, would notice the changes in the network, but that is the goal of the project, he said."We will be measuring our success with how few problems this whole process will cause," he said. 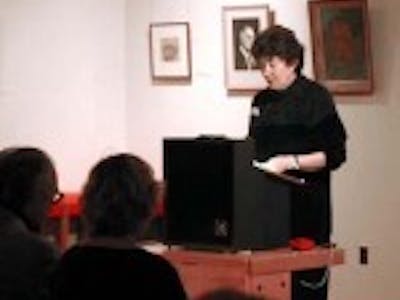 "Symposium Honors Leslie Fiedler, the 'Last Wild Man'"
Colleagues and former students shared warm memories of Leslie Fiedler, the rebellious yet highly influential literary critic and UB professor, in a symposium on campus Thursday.Speakers from UB and several other universities around the country recalled the former Samuel L. 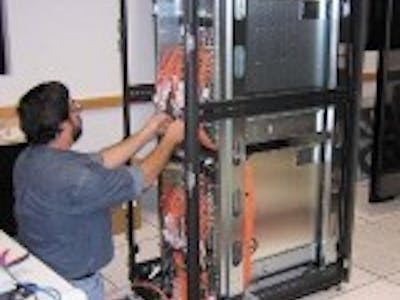 New Connections for Researchers and Students
A new fiber-optic line connecting UB's campuses and research facilities will dramatically improve Internet service for students and researchers alike, experts say.By the end of 2005, workers will lay 14 miles of fiber-optic cable connecting North Campus, South Campus and the Buffalo Niagara Medical Campus near the center of the city.According to UB officials, the $800,000 project will form a critical link to the medical campus, home of UB's emerging Center for Excellence in Bioinformatics and the Hauptman-Woodward Medical Research Institute."In simplest terms, it's a big pipe that we can put a lot of information in," said Mark Deuell, director of operational support services for the Department of Computing Information and Techonology.
Very Vegetarian and Chicken Finger Wraps
New renovations and growing food options were the topics of discussion when Mitch Green, director of the Faculty Student Association, addressed the Student Association Assembly Monday afternoon for the first time in two years.Adam Sherlip, speaker of the Assembly, said the purpose of having FSA at the meeting was to educate students on what FSA does on campus."The goals of them speaking is to allow the Assembly to understand where the FSA directors are coming from," Sherlip stated in an e-mail.Green addressed assembly questions regarding proliferation of FSA's Campus Cash system to locations outside UB."We're working with a 10-year-old computer system," said Green, "We've nearly filled up the system, so in terms of making campus cash more available with off-campus vendors, it's really a problem of technology."Green added he has been trying for years to make Campus Cash available at local grocery stores, but the complexities of the different systems and the troubles of local stores such as Tops have made the option less attractive to the different chains."We've been trying for five years to get a grocery store to take Campus Cash," he said, "and believe me, if Tops came in today to say they wanted to accept Campus Cash, it would happen very quickly."Green and Assistant Directors of Dining Services Cindy Youngers and Jeff Brady then gave a summary of FSA's accomplishments over the past year and shared what was in the works for the coming year. 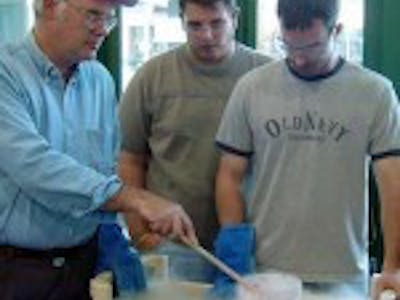 Engineering gets Extroverted at Extravaganza
Rocket launches, gooey gak, fire fighting robots, and bubbling ice cream were the highlights of the second annual Engineering Extravaganza held on Sunday in the Student Union Lobby. 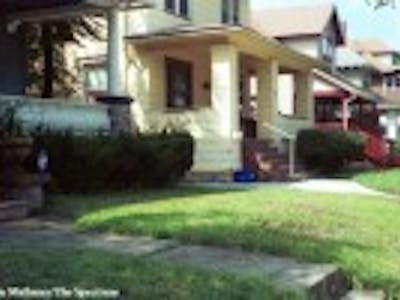 The Height of Student Involvement
Students in the Department of Planning are taking a hands-on approach to studying issues in Buffalo's University Heights area around UB's South Campus, as they research problems and possible solutions for the neighborhood.
Club Seeks New Paths to Peace
Recent calls for peace around the world have taken many different forms - protests, Internet activism and political campaigns. 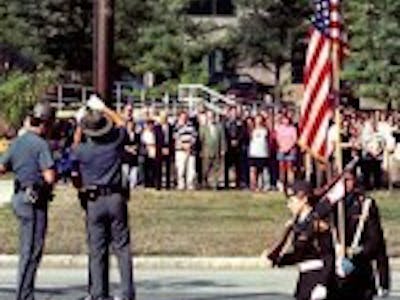 UB Marks Sept. 11 Anniversary With Quiet Service
Solemn prayers and quiet remembrance characterized UB's memorial service Thursday for the Sept. 11, 2001 terrorist attacks.As part of the services, a flag was flown at half-mast over the North and South Campuses.