An initial e-mail alert, sent out at 5:18 p.m., warned students, faculty, and staff to stay away from the building. Despite this, three Spectrum reporters were not hindered from entering Fronczak, and a few students were walking in and out of the building. The odor was prevalent on the first floor of the building, but undetectable on the higher floors.

Minsoo Kim, a graduate student in the physics department, was working in a Fronczak lab when a fire alarm went off in the building. He said that he was forced to leave the lab and was not allowed to re-enter.

Police investigating the incident at the scene were observing a sample of methanethiol, also known as methyl mercaptan, a colorless gas with a rotten cabbage-like smell, which was found in a Fronczak garbage can. One officer suspected it was the cause of the odor.

However, a later e-mail alert, issued at 5:44 p.m., stated that police had located the source of the natural gas smell and it was not caused by a leak. The e-mail included no mention of the methanethiol gas.

Police told The Spectrum in a phone call that the incident was a false alarm and is currently under investigation. Stay tuned to The Spectrum for updates on this story. 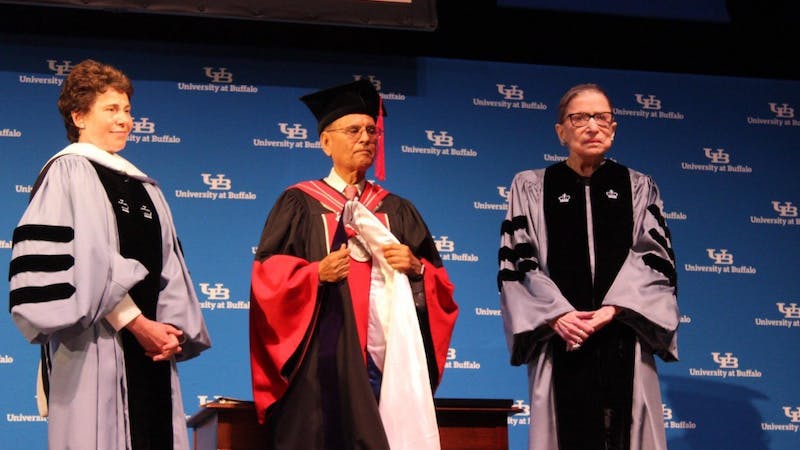 By ELIZABETH NAPOLITANO
3 hours ago