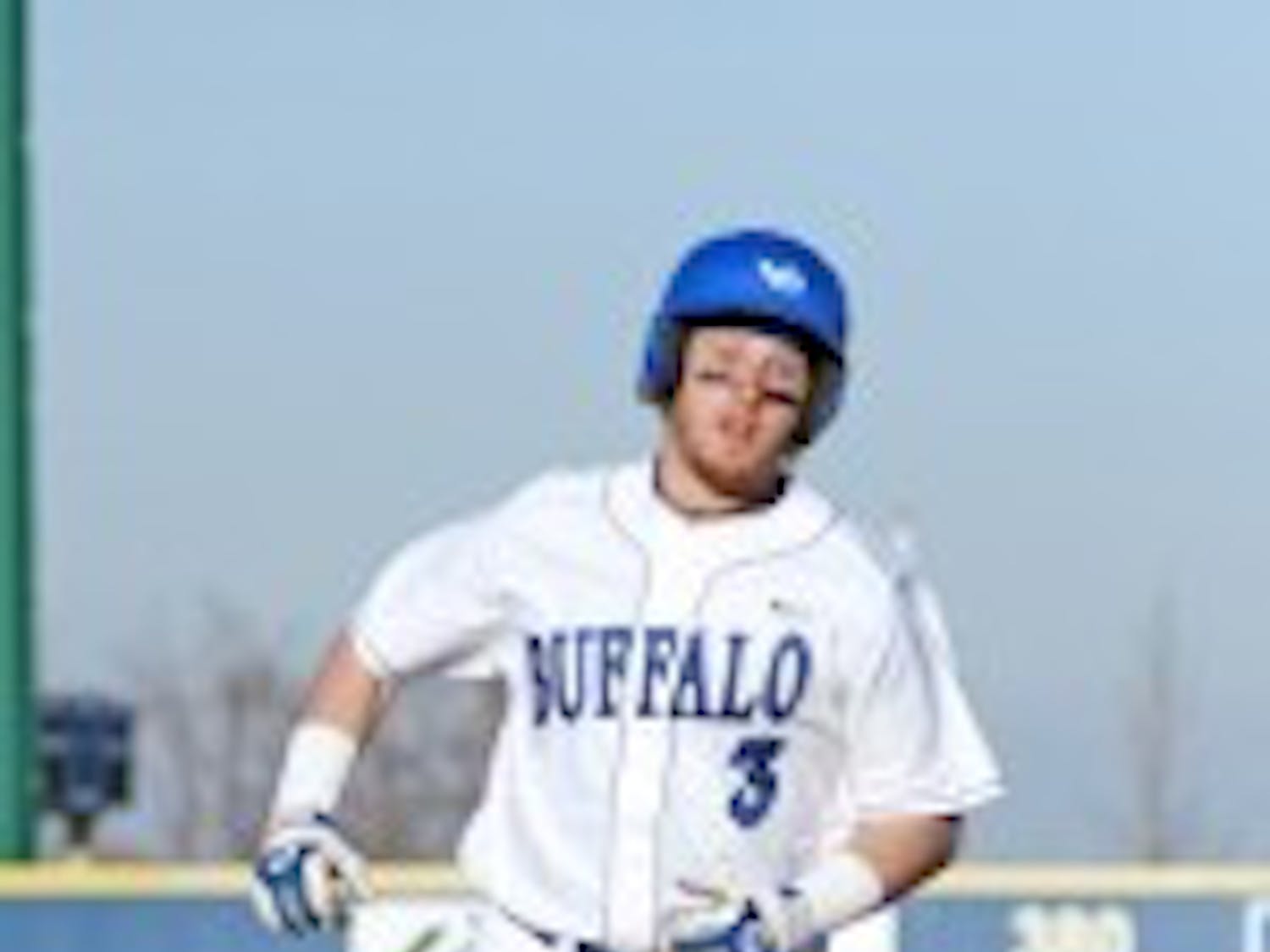 Still shaking off the rust from a long winter, the baseball team was busy over spring break as the team grinded through a ten-game road trip. While the Bulls (6-7) won six of 10 games, head coach Ron Torgalski is looking for steadier play from his team. "We just haven't been consistent yet," Torgalski said. "I have seen improvement. The pitching has improved and we're the type of team that will only be successful if we throw strikes and make plays. We're not going to strike guys out [consistently]." In a four-game series against Morehead State (8-10), the Bulls won three out of four games, including a 26-run explosion on 23 hits in game two for a 26-17 victory. Senior second baseman Brad Agustin spearheaded the Bulls attack. He went 4-for-7 from the plate and scored five runs. Trailing 11-2 through three innings, the Bulls started their comeback effort in the top of the fourth as they chipped away at the Eagles' advantage. Senior catcher Brad Cochrane blasted one of his two doubles on the day to lead off the inning for the Bulls. The rest of the team put together five hits in the inning and scored five runs to close the gap to 11-7 going into the bottom of the inning. The two teams continued to trade runs but Buffalo took a 16-12 lead after an explosive seven-run eighth inning. The Bulls weren't complacent with a four-run lead and rattled off 10 runs in the top of the ninth inning to seal the win. Seniors Jacob Rosenbeck and Rob Lawler, as well as freshman Tom Murphy, went yard in the commanding victory. In the only Bulls loss against the Eagles, senior ace Pierre Miville-Deschenes struggled in his second outing of the season and lasted only three innings. Miville-Deschenes allowed 13 runs – eight earned – on eight hits while walking eight batters and striking out four in a 17-3 defeat. The Bulls had a quick turnaround and played a mid-week two-game set against Georgetown College (4-12). Buffalo continued to play great baseball, winning the first game, 14-4, and taking the second, 8-6, against the Tigers. Cochrane continued his strong play at the plate for the Bulls as he totaled four hits in the two-game set. He recorded two RBIs, and his six doubles on the year leads the Bulls. Freshman second baseman Alex Baldock blasted his first-career home run in the opening game against the Tigers. The freshman is tied with Augustin for the team lead in batting average (.340). The bats have been hot and cold this season, but it's expected as the Bulls continue to see different pitchers and get more comfortable behind the plate. "At times we've swung the bats ok but we have a few guys in the lineup that have been struggling," Torgalski said. "I'm waiting for a few seniors to break out and start producing for us and I know they will so I'm not worried about it." Everything wasn't perfect for the Bulls over the break as they ran into some trouble against the Tennessee Tech Golden Eagles (8-8), dropping 3-of-4 games. The lone victory came in the second game of a double header on Saturday when Miville-Deschenes turned in his best performance of the season in a 9-3 Bulls win. Miville-Deschenes pitched a complete game for the Bulls and allowed only three runs on five hits and struck out seven Golden Eagles. Miville-Deschenes earned MAC East Player of the Week honors as the most outstanding pitcher for his performance against the Georgetown College. Torgalski still hopes to see improvement from his number one starter going forward. "He was MAC [East] Player of the Week but he went out in the first inning and walked the bases loaded," Torgalski said. "He was able to get out of the jam and settled in after that but he wasn't sharp early. That has been a problem [in] his last couple of starts." Cochrane was a one-man force in the game for the Bulls, driving in six runs on two hits. One of his shots was a grand slam home run in the bottom of the fifth inning. He provides an excellent third power hitter in the middle of the Bulls' lineup. "Brad [Cochrane] put up pretty good numbers last year," Torgalski said. "He's a little guy but surprises people with the power. He has good bat speed, he's a strong kid and it's nice to have another guy in the middle of the lineup that can drive runs in." In the first game of the series, Tennessee Tech blanked the Bulls, 9-0. Despite its patience at the plate – drawing six walks – the offense couldn't get it going. Senior lefty Chaz Mye struggled in the game, allowing seven of the nine runs on 12 hits. Mye dropped to 1-2 on the season but leads the team in innings pitched with 17 and a third. Agustin struggled at the plate for the Bulls in the series, striking out six times and earning only one walk and four hits in the leadoff spot. But Agustin has been a monster behind the plate so far this year, leading the team in home runs, slugging percentage, on-base percentage and batting average. His play and leadership is an important ingredient to the Bulls' success. The Bulls will once again hit the road this week for a three-game series with the Butler Bulldogs (4-6). First pitch is scheduled for 3 p.m. on Friday at Bulldog Park in Indianapolis, Ind. E-mail: sports@ubspectrum.com

The University at Buffalo only had one student- athlete competing at the NCAA Indoor Track and Field Championships at the Randall Tyson Track Center at the University of Arkansas. 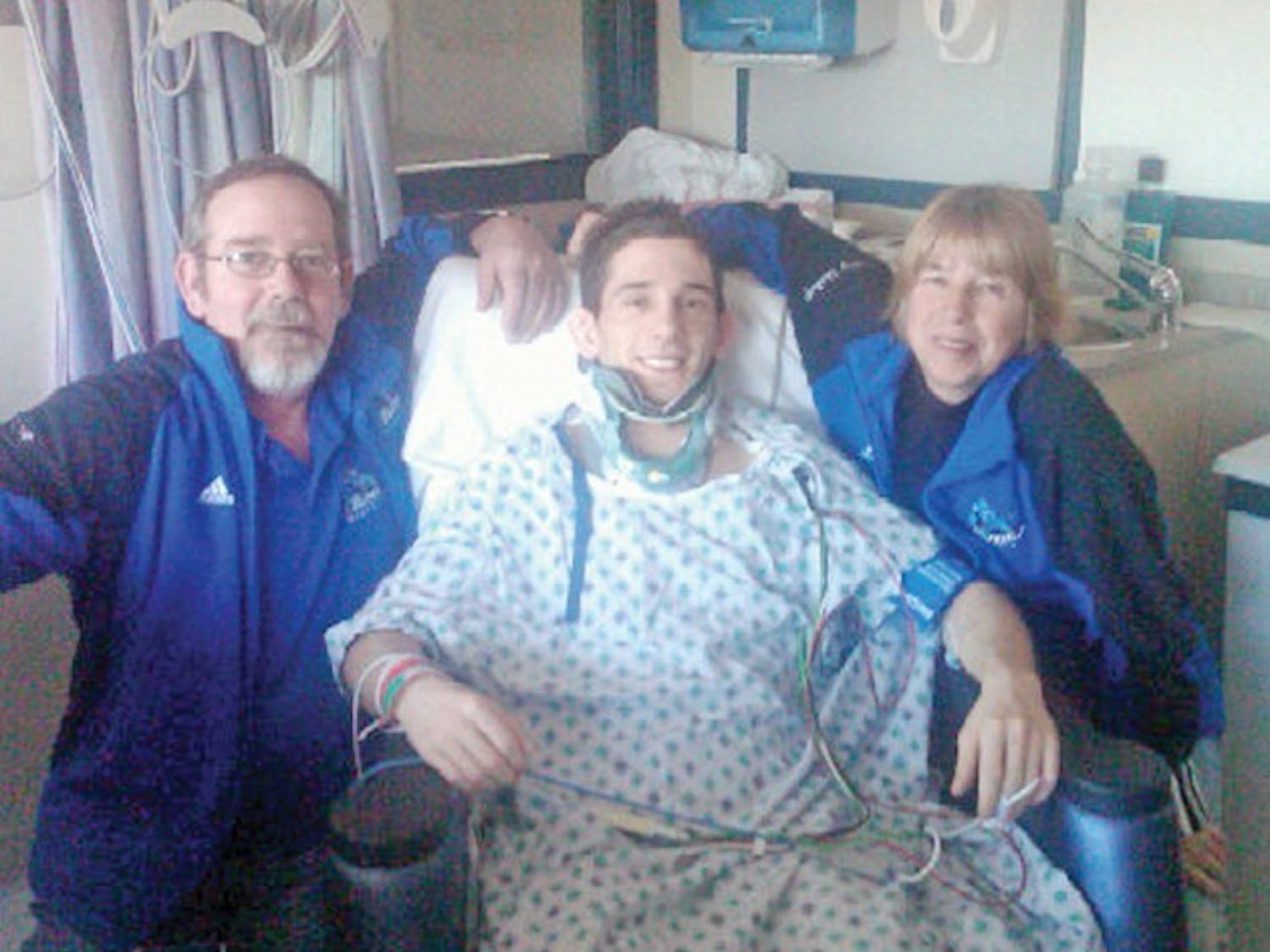 Senior wrestler Dan Bishop went to the Mid-American Conference Championships looking to win a MAC title to close out his four-year career as a Bull.

Emotions ran high at the Mid-American Conference Championships after one of the Bulls' own was seriously injured. 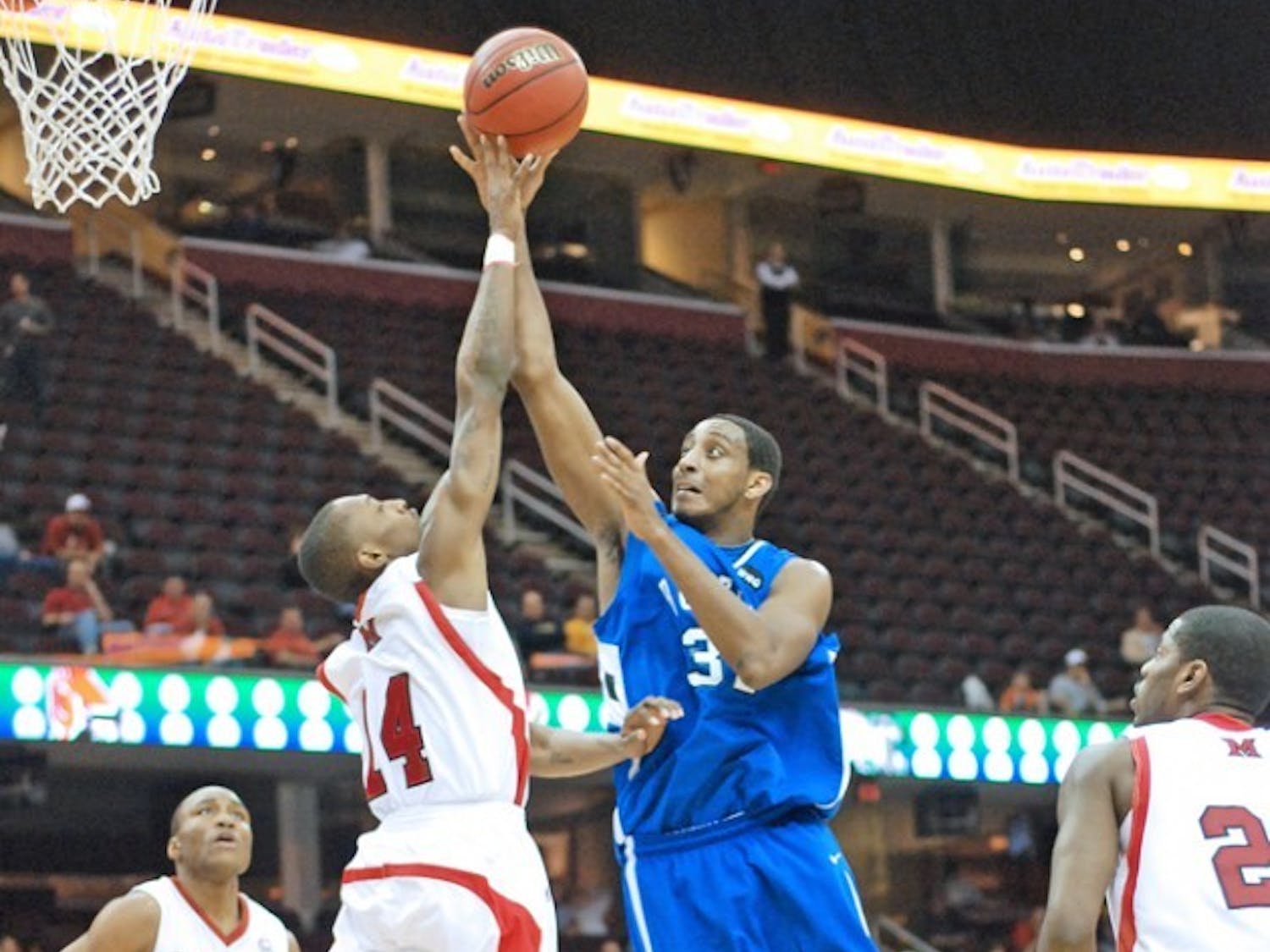 On a Thursday filled with outstanding individual performances in the quarterfinals of the Mid-American Conference tournament, the men's basketball team needed a special performance from any individual to top Miami (Ohio) if it hoped to advance.No such performance was found.Despite overcoming an 18-point first half deficit, the Bulls (18-12, 9-7 MAC) ran out of gas down the stretch and fell to the RedHawks (14-17, 9-7 MAC), 73-59, ending their season well short of a MAC Championship appearance.Miami (Ohio) torched the Bulls from the field connecting on 22-of-38 shot attempts and also went 22-of-30 from the free-throw line.