These men need to be held accountable

The sexual harassment I experienced at work 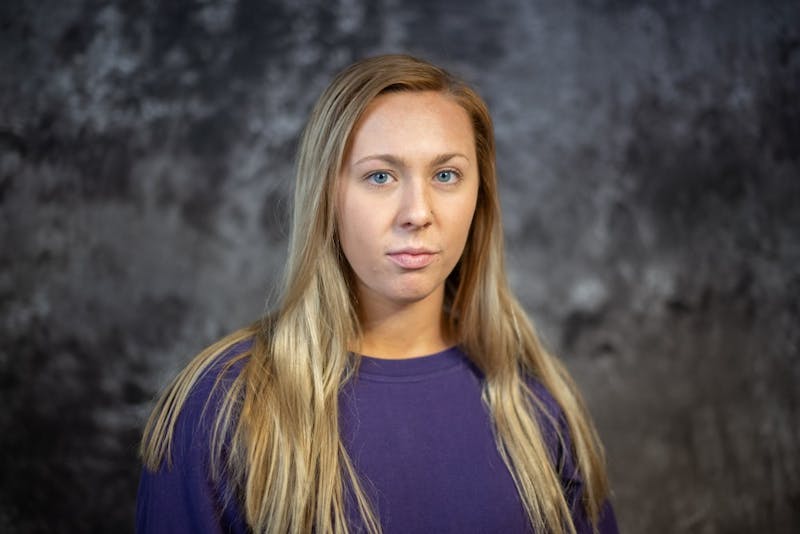 I remember clear as day the way he looked at me.

Precisely the way no girl wants to be looked at, especially by a 50-year-old married man.

He didn’t see me. He saw a young, naive girl he thought he would be able to have his way with.

I was angry, I was so angry. And for years I wanted to turn to social media to tell my story.

As a freshman in college, I got a job at LA Fitness. And four months into my job, one of the district managers started harassing me.

I was 19 at the time, so it’s been almost three years now since it happened. But it’s something I have to carry with me for the rest of my life.

I can’t help but wonder how a man in a corporate position at the company I work for could sexually harass me on multiple occasions and yet, HR chooses to keep him employed.

When the harassment first started, I didn’t think a man with a lot of power took an interest in me because of my physicality. I knew I was a great employee. I figured he noticed.

But I knew the second it went too far.

Maybe I played into it a little more than I should have. But secretly, I liked the attention from someone with so much power in the company that, at the time, I loved working for.

I’m glad I never let it get as far as it could have.

The first encounter happened when I was standing at the front desk. I work in a gym, so naturally, leggings are a part of my uniform.

He looked me up and down, in the most disgusting and degrading way. Like I was his prey, he bit his lip and proceeded to say, from behind me, “Those leggings are nice.”

I didn’t want to hear he was staring at me from behind, admiring my “leggings.”

And things only got worse from there.

In the following weeks, he invited me out to dinner, asked me for nudes, casually brushed up against me at work and made constant inappropriate sexual remarks.

He’s a district manager, so he travels to each location in the Buffalo area periodically. I only saw him once or twice a week, but I remember dreading the days I thought he might be coming in. I never wanted to go into work those days.

He texted me a lot throughout those few months. Some of them reading:

“U ever want to do something outside work?”

And one day, after seeing me: “The sweatshirt you were wearing wasn’t doing much of anything for me.”

After these texts, and more, I felt so vulnerable.

I felt like I was chosen as an easy target for this older, powerful man who thought he could take advantage of me.

So, after months of dealing with his remarks, I finally came forward to my manager and HR. I recounted my story and sent all the text messages between us. After HR spoke with me, they came to a decision: He wasn’t going to be able to visit my location on the days I was working.

This lasted for a year.

But then, when my favorite boss was transferred, I asked to switch locations to continue working alongside her.

HR said the only way I could switch was if I agreed to be in the same club as my harasser again.

So I did agree.

But my decision to again work alongside the man who harassed me doesn’t change his wrongdoings or HR’s negligence in continuing his employment in an environment where he can easily do this to other women.

Many women are beginning to find their voice to come forward about sexual abuse. But, like in my experience, these companies often decide to cover up abuse rather than support the women coming forward.

My company knew what he did, and had proof, but somehow it fell back on me to agree to be in the same location as him again.

HR sent me a letter saying he was “seriously reprimanded.”

I don’t believe or accept that.

Because only months after coming forward, the company knew he was sleeping with another employee.

He should have been fired in the first place, to prevent countless other girls from experiencing what I had to, or worse.

But the company didn’t care. He sells deals for the gym and that’s all they care about, he’s making the business lots of money.

And I still have to see him at least once a month.

I am constantly reminded of what a district manager made me endure at 19 years old. We need to do better, hold abusers accountable and prioritize women’s safety over profit.

But until then, my harasser works freely alongside his victims, and the company willfully allows it.

Brittany Gorny is the senior news editor and can be reached at brittany.gorny@ubspectrum.com and on Twitter @BrittanyGorny.