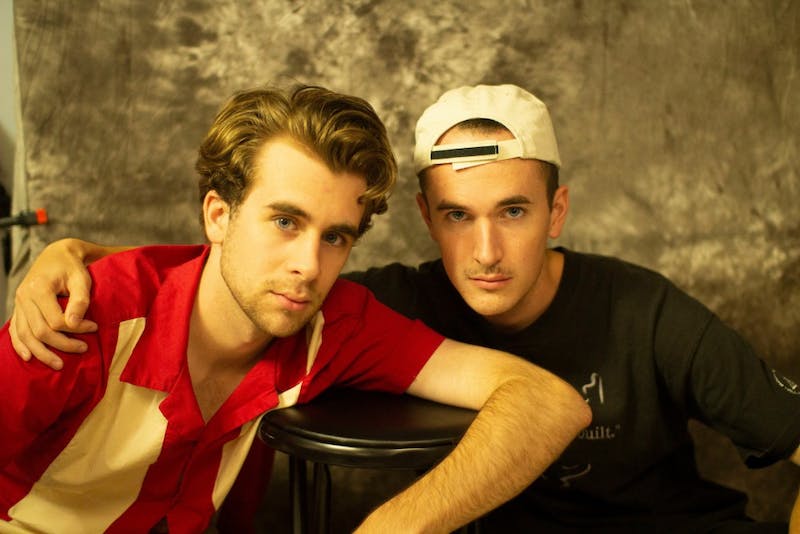 “Do we leave tonight?” Brenton asked.

“Yes, I’ve got two tickets to the UB football game and Eddie Money is performing.”

This is how it (pretty much) went down on Oct. 8, 2016, when rock icon Eddie Money was set to play a home football game and the Blanchet brothers (us) were rocking a buzz cut and frosted tips.

As we now approach the end of our time at UB, some memories will never escape us. And Money’s performance is one of them.

Money, who died on Friday at 70 years old, has always been a heroic force in the pop and rock realm. His songs will undoubtedly last forever: “Take Me Home Tonight,” “Baby Hold On,” “Two Tickets to Paradise.” But, as fans look back at what made Money so charismatic, his obscure 2016 performance at UB (and apparently, a 2000 performance) deserves just as much of a reflection as his shining career highs. When Money took on UB’s Kent State pre-game show, he emerged as a giant, a saxophone riff master and a kind, insightful man.

He played the classics and even some b-sides. He rocked the small UB Stadium lot to a crisp, “Shakin’” it with his hits from left to right. Proudly calling himself “Uncle Eddie,” he didn’t disappoint in his relaxed business shirt and authentic appearance.

Between songs, he noted the great Buffalo crowd. About midway through “Baby Hold On,” we were as ecstatic as ever. We were surrounded by groups of dads and mullet rockers along with their families.

That’s when Eddie spotted us, two students huddled in a penguin-like sea of alumni.

We woo’d. We cheered.

We thought about it and knew Money would take us to the top.

After all, if the amount of tickets Money had to paradise faced the Golden Flashes that night, the score would be 2-0.

And that fictional safety wouldn’t have been the only “score” of the evening.

For us, we won in a much bigger way.

We met the guy.

It was about a month into our collective time at UB. I (Brenton) had very few friends (just Ben) and needed to find some down time from a rigorous schedule of 100-level communication courses.

I was also missing the concert life. It had been too long since my last concert (maybe three weeks since Travis Scott) and I knew I had to get myself out there again.

And Money proved that, while he didn’t have the appeal of a “Birds in the Trap”-era Scott, he still knew how to command a crowd.

As the show wrapped up, someone on stage announced that Money would be signing things “after the show.”

We haphazardly stumbled into UB Stadium and there, at a moderate-sized picnic table, was the man himself.

I (Brenton) introduced myself, which led to a lengthy discussion about music tastes as he found himself navigating my iPhone.

“Don’t listen to that bad music,” Money whispered to me while signing my “Take Me Home Tonight” T-shirt and staring at my Justin Bieber “Purpose Tour” hoodie.

And as the 67-year-old rocker ranted about the current state of popular music, I realized that, although I didn’t agree with him, he was a legend.

It led to me (Ben) taking a photo with him, one that wound up being the photo my friends jokingly put on my 21st birthday cake (along with other things that were favorites of mine, like poutine and Harambe).

But the day left a timeless mark on me (Brenton), one that was bigger than a meme.

I still remember Ben interjecting before my photo-op with Money, saying that I play the saxophone, and the saxophonist couldn’t help but to give me some additional advice.

Unfortunately, I did. But the next time I pick up a sax, I know who I’ll be thinking of.