Thankfully, it’s not the end of the road 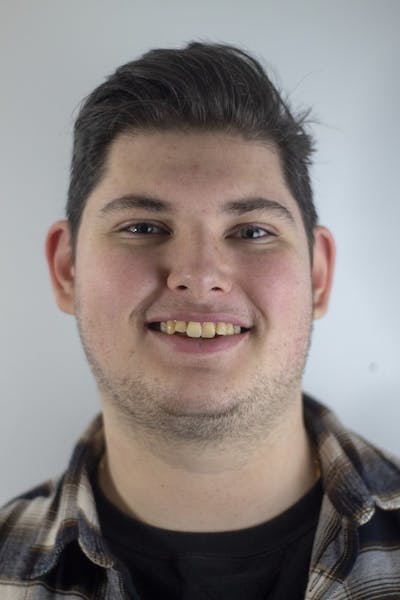 “And with the 254th pick, the Arizona Cardinals select Caleb Wilson, a tight end from UCLA.”

That was it. After three days and 254 picks, not one player from the University at Buffalo was drafted into the NFL.

At the end, 11 total quarterbacks were selected. None were Tyree Jackson.

Twenty-eight wide receivers were drafted and not one was Anthony Johnson.

Were these the same players that tore up the turf at UB Stadium just a few months ago? Were they the ones that NFL scouts and draft analysts predicted to go in Rounds 3, 4 and 5 of the draft? Was there something I missed?

“[He’s an] intriguing receiver prospect with a big frame, long arms and two seasons of impressive production,” Zierlein said. “Johnson was primarily a vertical worker but did see reps as a big possession target from the slot. However, he could benefit from a connection with a play-action based passing attack that allows him to explore more of the route tree and field to take advantage of his size, build-up speed and ball skills. Johnson has the ability to become an eventual starter or solid WR3.”

I’m sorry, what? Now I really don’t have a clue what I’m missing. Chris Trapasso of CBS Sports had Johnson as the No. 16 pick back in October.

Jackson was the eighth-best quarterback in the draft and 136th player overall in ESPN rankings. Johnson was the 22nd wide receiver and 152nd overall player.

No team wanted to take a chance on those guys.

This is the second-straight year a player from UB has not been drafted. Last season arguably wasn’t the strongest class but Demone Harris was good enough to go from rookie minicamp invite to reserve in his first season in the NFL.

Maybe it’s because Buffalo isn’t known as a football powerhouse. UB doesn’t have a rich history of producing NFL talent and missed out on years of alumni and potential players by dropping out of Division I.

It’s certainly not the conference. The Mid-American Conference had players drafted from Toledo, Central Michigan, Northern Illinois, Eastern Michigan, Bowling Green and Akron. But not one of the seniors from the best team in the MAC-East division this past season was chosen.

The Bulls have already had five players added as undrafted free agents to NFL teams. Jackson and Johnson have both been picked up by a team of their choice.

Being an NFL draft pick is nice and every player dreams of hearing their name announced at the draft and walking across the stage to put on the hat of their new team. But players who will be drafted in late rounds are better off going undrafted.

Johnson and Jackson were able to go to a team of their choice where they have a better chance of joining the NFL team when the season begins in the fall. Jackson will compete for the No.-2 quarterback spot behind Josh Allen, but he will most likely be on the practice squad this season.

Going undrafted isn’t the end of a football career and UB fans have a right to feel disrespected that a team didn’t go out of their way to select a Bull in the draft. But we don’t know what goes on behind the scenes and they could have told teams to not draft them.

Still, it would have been nice to hear at least one of their names called.

Nathaniel Mendelson is the senior sports editor and can be reached at nathaniel.mendelson@ubspectrum.com and on Twitter @NateMendelson.