A whistle to remember 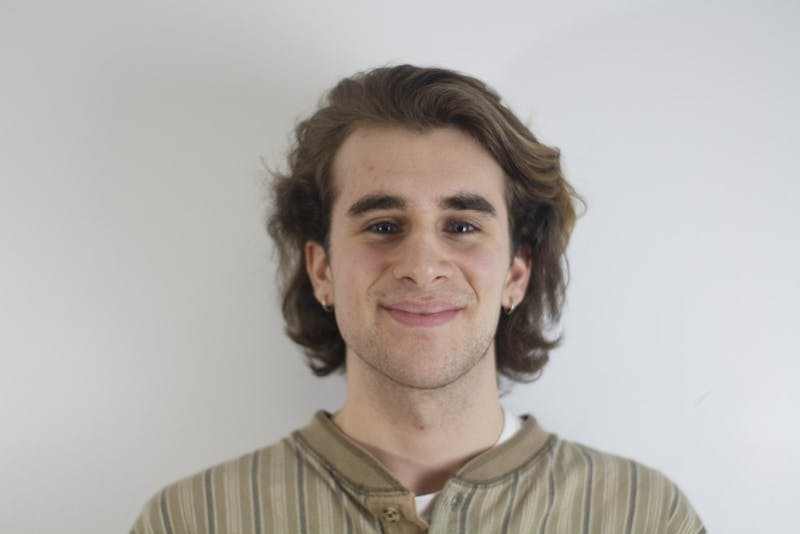 My hands were red and my legs were shaking.

As I screamed at the people behind me to stop pushing me toward the ground and held my hands forward, I heard the words, “‘Dreamlover,’ my favorite.”

And then I see her, the queen of the Billboard charts, glowing in the Buffalo night.

Mariah Carey was standing right in front of me.

The day started like any other Saturday night. I was sitting on my bed in Hadley Village, holding a half-finished Twinkie in one hand and a Tim Horton’s sausage, egg and cheese croissant in the other; a classic pregaming ritual for concerts at Shea’s.

But I prepared for this night. I knew my seat was mildly average and I would never get a good view of the pop-music legend with unsatisfactory balcony seats.

So, before I took the NFTA down to Buffalo’s entertainment district, I slapped a sharpie in my right pocket and took two 12-inch singles with me -- “Dreamlover” and “Make it Happen.”

When I arrived at Mariah Carey’s “Caution World Tour” and sat down at my seat, all I saw was old people.

Sure, maybe under-25s don’t boogie to “Emotions” on a daily basis like I do, but I was shocked and saddened to see few young adults in the venue.

Mariah Carey’s music clearly spans generations and so do her whistle notes. The show was unreal but the preceding events were even more unbelievable.

At the end of the show, she got back on stage to play her ballad “Hero” as the encore performance, and I knew it was time to dip and wait for the icon to greet fans in the back of the venue. I ran out of the venue faster than a barefoot jackrabbit on a hot, greasy griddle in the middle of August, as Sandy Cheeks would say, and waited by that stage door.

I was the first one outside and claimed my rightful spot immediately in front of the stage door. Soon enough, autograph scalpers, signature collectors and die-hard fans joined me. They all surrounded the door, and by the looks of it, were going to block my “Vision of Love.”

The bodyguards kept asking us to move further and further away from the door, so they could eventually move her tour bus up in our place. It was like “Extreme Makeover: Home Edition” except that Ty guy was a music legend and I was the bus.

At one point, the bus driver got out of his seat, ran over to us as we waited at the barricade and screamed at the fans who were leaning on the bus.

“This bus is worth $2 million. Do you get it?,” he asked, gearing up for a successful future endeavor on “The Price is Right.” But after Bob Barker gave us a run for our money, Mariah’s bodyguards came to us with a few final statements.

“If I see any pushing, I’m calling this off and she won’t be signing any more autographs,” he said, only talking to those of us in the front who had no control over the crowd movement.

After two hours, Mariah walked out of the venue and walked toward me. It all happened so fast and lasted maybe a minute. All I remember was people pushing me to the point where I almost fell on Mariah Carey, and Mariah complimenting my music taste -- which was literally just her song.

The bodyguard “called it off” and took Mariah back to her tour bus. I then had to “Shake it Off” and take a $20 Uber home. But I was one of the few people she signed for and being in her presence at all was something I’ll never forget.

The only lesson I learned that night is that even the Buffalo cold can’t defeat Mariah Carey.

Brenton Blanchet is the managing editor and a Mariah Carey stan and can be reached at Brenton.Blanchet@ubspectrum.com