From scorching Singapore to a Buffalo blizzard

My experience finding out temperatures below 30 degrees existed 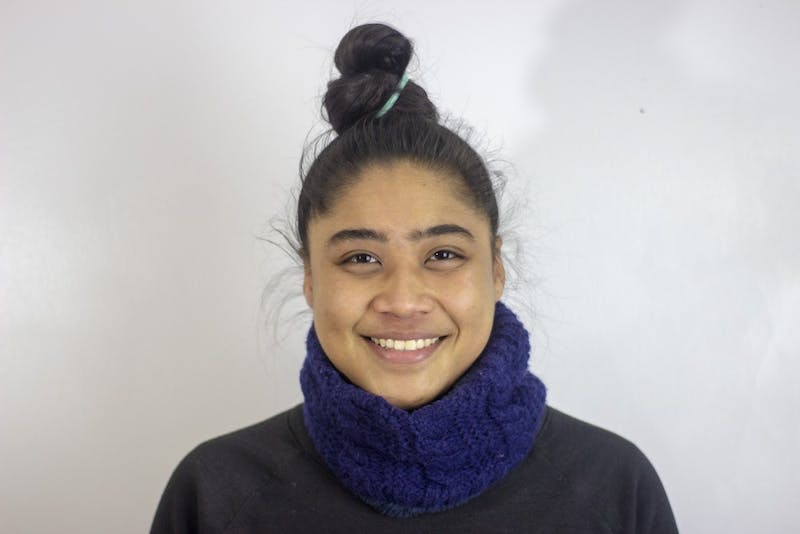 I was ready to give up after my first day at UB.

I landed in Buffalo in the middle of a January snowstorm and just 33 hours earlier, I boarded a plane in 80-degree weather.

I’m multiracial, multiethnic, multicultural and I’ve lived in two countries in different hemispheres. I am no stranger to adaptation and transition.

Still, nothing could have prepared me for that snowstorm.

I had no clue where I was going after I left the airport. I grabbed the first person I saw in a UB hoodie. He was Taiwanese and -- in true international student solidarity -- he helped me find my way to campus.

We arrived outside the Ellicott complex, but since UB is a maze, I realized I was nowhere near my new apartment at South Lake Village.

I’m used to 80-degree weather. There was no way in hell I was walking that distance in the middle of a snowstorm. But we didn’t have swipe access and were left stranded for hours.

Two asthma attacks later, I was crouching down behind a fort the student built out of all our suitcases put together just to block out the cold air

He called UPD and asked them to assist me in going to South Lake Village. They politely declined, saying they “don’t have that service.”

“What do you mean you don’t have that service,” he yelled into the phone.

I was pissed. I was in a new country all by myself and felt overwhelmed and scared.

Two RAs finally came to our rescue and ordered me an Uber to South Lake Village, which they didn’t even make me pay for.

I walked into an empty apartment, with no sheets on the bed, no real food and no company.

I was devastated. I was exhausted. All I wanted was to take a damn shower.

But I didn’t have any soap either.

I was so ready to give up and would have gladly taken another 33-hour flight back to my tropical homeland.

On the verge of tears, I asked my CA Ruben if he had any soap to spare.

I must’ve been in quite a state. Ten minutes later, he was back with the cutest travel-sized bottles of shampoo, conditioner and a full bar of soap.

The last 40 hours had been absolute hell. Ruben’s one act of kindness, however, gave me more warmth than any fireplace could have.

I had made my first friend at UB. Yes, he was my CA, but it still counts.

I thought to myself, ‘Maybe this Buffalo thing might work after all.’

But it still took time for me to get accustomed to life in America.

The next couple of weeks were a dizzying affair of orientations. I had to get used to such a large campus, and seeing what America was all about.

Of course, I got the occasional, “Singapore … is that in China?”

I also got the famous indifference Americans have toward international issues.

I was truly surprised that some students I interacted with didn’t know anything about countries outside of this continent, let alone countries in my part of the world.

I grew up in Singapore and England so I am well versed in topics ranging from Brexit to Lee Kuan Yew.

It was frustrating at first, but overall, I was glad I got the chance to educate people about who I am and where I come from.

The UB experience has afforded me so many opportunities I never had in England or Singapore. I get to take classes about topics I never knew I could learn about. I can contribute to groundbreaking research in labs I never thought I could work in.

Moving to yet another country, although stressful and frightening, was truly a transformative experience.

And I’m really glad I stuck it out that first night.