I deleted my social media 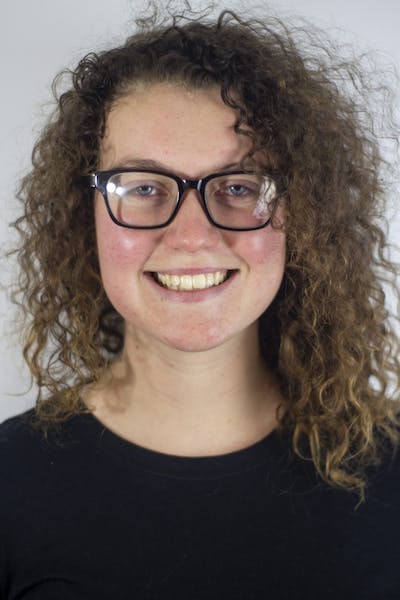 After months of deleting the apps on my phone only to re-download them in moments of boredom, I finally deleted my accounts on all but one social media platform.

This seemingly inconsequential act has had a profound impact on my life so far.

I’ve been active on social media for about eight years. That is a little less than half of my existence. I tried to refute that I was spending too much time on it. I would use empty excuses like, “Well, how else will I know what that one friend who moved away is up to?”

Eventually, I couldn’t justify it anymore. I was losing sleep by scrolling and hated myself every time I clicked “download.” This entire process led me to ask a lot of important questions about the current state of social media, and why it’s seemingly so hard to live without it.

As social media progresses, it becomes synonymous with existence itself.

Simple phrases like “If you don’t post it, did it happen?” can make it difficult to want to leave. I found it humbling to begin this whole process by simply posting less. I began asking myself, ‘Do people actually care about that vanity license plate I saw at a stop light?’

Does everyone need to know that I’m eating a taco with my friends? Obviously not. Distancing myself from obsessing over who would look at a picture I posted was a simple first step. What I didn’t know was that the most difficult part was still to come.

Since I posted less, my one-sided relationship with these apps began to feel strange. I started to feel like the anonymous creep your middle school teacher warned you about, silently lurking in on other people’s lives. But I couldn’t stay away.

I thought my attachment to the apps was rooted in some self-obsession. I realized that it was time to admit that I had a problem when I found myself checking the apps more than when I did post regularly.

This is not a glamorous thing to admit. I wanted so badly to convince myself that I could continue using the apps without any negative mental effects, just like everybody else.

I was freshly recovering from a rather devastating summer. I wanted, more than anything, to convince myself and everyone else that I was OK, and I thought deleting social media would be a clear sign that I wasn’t. Sound familiar?

I’ve come to know this as the “duck syndrome.” In the same way that a duck seemingly glides across water while feverishly kicking their legs below the surface, users on Instagram, Snapchat, Facebook and Twitter can simply glide through life’s hardships with a quick smiling selfie and an uplifting caption.

But I don’t believe that social media is the root of all evil. It can be a beautiful medium for connecting people, a powerful tool for political organizers, a news source, a new way to get your ideas across and a near necessity for small businesses and local musicians to get publicized.

I still have a Snapchat account that I use to message with the international friends I met while studying abroad. Social media can be good.

Still, I believe that people don’t speak enough about their personal experiences with the ugly side of social media. It doubles as a medium for harassing people, a powerful tool for disillusionment, a fake news source, a new way to heighten your insecurities and seemingly necessary teenagers in the search for social acceptance.

Ultimately, I decided that the negatives outweigh the positives.

After deleting my accounts, I began a more fulfilling relationship with myself. I found that my relationships with other people have become more meaningful, I almost completely stopped worrying about what other people think, and I have found more free time to explore hobbies that I love.

I don’t know if this is going to last forever, but right now it's exactly what I need.

We will go through some of the most difficult experiences on our way to self-understanding as college students. We face pressures from ourselves, our families and our friends, so the last thing we need is to see just how much “better” everyone else in the world seems to be doing.

The journey of deleting my social media accounts began as a way to detox myself from my own vanity, but it developed into a new and exciting journey of self-reflection and self-acceptance.

Leah Higgins is a staff writer and can be reached at features@ubspectrum.com.

By ALEXANDRA MOYEN
37 days ago

By REILLY MULLEN
40 days ago