Is no news better than fake news?

Ignorance is bliss, but information is not the enemy 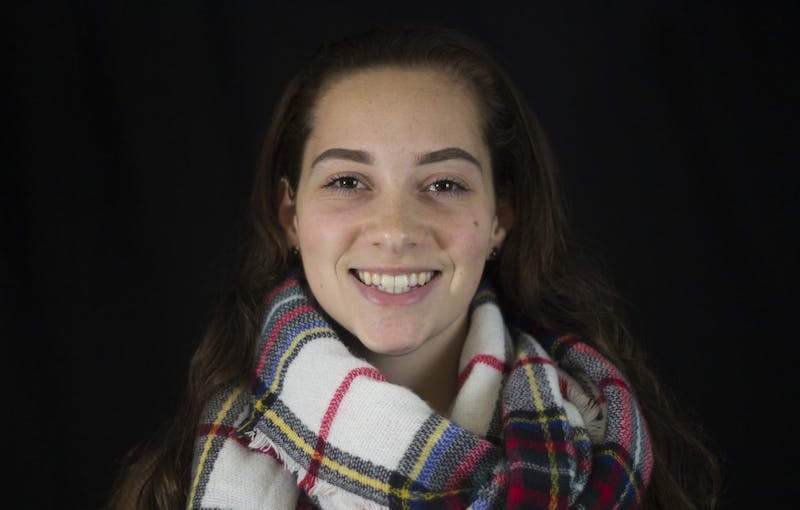 It’s unfortunate to say that we are living in the era of “fake news.”

From news media to social media and mainly our president’s mouth, society has become accustomed to letting news go in one ear and out the other, seemingly unable to trust any source.

This could be in part due to the general increase of acrimonious partisan discussions and our generation’s inherent need to be right or left, rather. But historically, the connotation of journalism has not been positive.

With investigative journalists in the early 1900s coined as “muckrakers” for uncovering corruption, the general public has been taught to think negatively toward journalists for the last century.

It is very concerning that people have this innate desire to remain ignorant than to face unpleasant facts.

I believe that a good majority of the public’s increased distrust of the news stems from President Donald Trump’s anti-media agenda.

Everyday I wake up to a new headline of a shooting, or a pipe bomb or any other tragedy, and regardless of the victim, the news is followed by tweets from the president ridiculing the media.

He has consistently supported the discourse that increases partisan discussion and only supporting one’s party line. He even attributed the success of Fox News to himself, responding to the news source’s high ratings by tweeting, “That’s because they treat me fairly!”

The President of the United States uses social media less responsibly than middle schoolers in 2012.

A CBS News poll found that 91 percent of “strong Trump supporters” said that they trust him to provide them with accurate information, while only 11 percent said they trust media sources to do the same.

Despite any supporting argument for Trump, he has been proven to be a liar, yet people trust him more than they trust the news.

I was scared the day he was voted into office and I’m still scared today.

Media and news sources are receiving bomb threats and are under fire at their places of work for practicing their first amendment rights and reporting their opposition for the president. Reporters' lives are put at risk because they refuse to remain silent on Trump’s ignorant antics.

Then in response to the Tree of Life massacre, a devastating hate crime that should have been immediately denounced by the president, Trump chose to turn the blame to the media as the source of spreading hate.

“There is great anger in our country caused in part by inaccurate, and even fraudulent, reporting of the news,” he tweeted. “The Fake News Media, the true enemy of the people, must stop the open & obvious hostility & report the news accurately & fairly.”

In Trump’s defense, he’s not wrong.

We as journalists do need to take it upon ourselves to accurately and fairly report the news. That’s essentially the job description of a journalist.

But Trump’s pejorative rhetoric toward the media is nothing new.

The day after Trump was sworn in, his attack on the media began. He referred to journalists as being “among the most dishonest human beings on earth,” according to The New York Times. This statement was, ironically, among many of the president’s own lies, one of which being his self-proclaimed inauguration audience of “1.5 million,” which was instantaneously disproven by photos from the day.

In an interview with journalist Lesley Stahl the same year, Trump explained why he so harshly criticizes the media.

“I do it to discredit you all and demean you all, so when you write negative stories about me, no one will believe you,” he said.

Most recently, the president outright said “I am fighting the media,” last Saturday, according to NPR.

But in a time where lies run rampant, it is the job of news media to hold politicians accountable.

It is especially crucial in a democracy for the masses to have access to all sides of a story. If there was no news source to inform the people of corruption within the government, it could go completely unchecked.

One thing that Trump has managed to stay quiet about is the murder of Jamal Khashoggi, a Saudi journalist and critic of the Saudi government, who was reportedly strangled to death as part of a supposed premeditated killing, according to NBC.

The Saudi journalist came to America searching for a safe haven to speak out against the injustices within the Saudi government.

With the trajectory of Trump’s anti-media agenda, America may no longer be a safe space for our own journalists to speak out.

I want to be a journalist after I graduate. I want to fight for the freedom of knowledge and I can not wait to help people be informed.

But living in Trump’s America where journalists are condemned, belittled and called the “enemy of the people” scares me.

We, as a nation, need to come together and make it known that the suppression of rights and blatant spreading of lies to the public will not be tolerated, whether it be from the president or unethical “news” sources. We must not tolerate the ignorance or the besmirching of the media.

Silence is complicit. Go out and vote. Let your voice be heard.

In an article reporting the history of the deaths of journalists, The Seattle Times said that “an attack on a newspaper is the same as an attack on the Constitution, on the nation’s earliest face of the First Amendment.”

Without reporters who are willing to risk it all to uncover the truth for the American people, the U.S. would neither be the land of the free nor the home of the brave.

Jacklyn Walters is the asst. news editor and can be reached at news@ubspectrum.com