Cygan is the owner and founder of Borders on Patrol, a local goose management company that trains and utilizes border collies to scare away nuisance goose populations.

With 240,000 Canada geese residing in New York state, according to the Department of Environmental Conservation, finding a way to remove our menacing neighbors has been an ongoing problem for UB. In 2016, UB hired Borders on Patrol to address the goose problem. The company has returned to campus twice a day on weekdays and once a day on weekends since arriving on campus, and bases its schedule around when geese are most active. Cygan founded Borders on Patrol in 2007 after he retired from the Secret Service. He trains the dogs from puppies, and explained his training tactics.

“Border collies are natural herders, so we use Indian Runner ducks for them to practice on. They herd them into the water from land. Then we start getting them comfortable in the water because they may need to go into the water to chase off geese from a pond,” Cygan said.

The team also works to get the border collies comfortable working from kayaks, ATVs and golf carts, Cygan added.

Cygan’s training is not only focused on the dogs’ ability to chase geese, but their ability to keep the birds –– and themselves –– safe.

“The pups are trained not to nip or bite at the ducks [or] geese,” Cygan said. “We want them to use their stare, which is termed ‘The Eye,’ to herd the geese where we want to send them. … Normally the dogs never get that close anyway, maybe 20 yards before they fly off. We do keep them on leashes for their safety.”

The nonprofit tries to avoid “policing” wild animals if possible, but said that dogs can be helpful if safety is taken into account, according to PETA Senior Director Stephanie Bell.

“In some scenarios, dogs may be a good option for keeping Canada geese away from a certain area, as long as every precaution is taken to keep them from touching, catching or harming the birds as well as disturbing their nests and eggs,” Bell said.

“[Canada] geese are the worst animals on this planet,” Davine said. “I’ve had multiple geese run up to me and hiss and attempt to bite me while walking by Ellicott Complex. I think I got too close to their eggs.”

Davine doesn’t think Borders on Patrol has been effective, saying the geese are still “everywhere.”

Issany said he interacts with the geese from an “observational perspective,” and would watch the geese harass “hundreds of freshmen” outside Wilkeson Quadrangle. Still, Issany doesn’t think controlling the goose population is worth UB’s money.

“The geese are definitely a nuisance on campus, but with that being said, it shouldn't be a top priority for us to spend money on,” Issany said.

Although some students don’t believe Borders on Patrol has been effective on campus, Josh Stiller, a migratory bird game biologist for the New York State Department of Environmental Conservation, said trained dogs can be helpful in reducing geese populations in certain areas.

“Trained border collies or other herding breeds can be very effective for harassing geese and reducing the amount of time they spend in any given area,” Stiller said. “Harassing geese may reduce the amount of droppings found in an area and may mitigate the impacts of geese on lawns and vegetation.”

But the “major drawback” to managing geese populations through harassment is that geese still need to find somewhere to go and will continue to be a nuisance wherever they are, according to Stiller.

Cygan said he believes Borders on Patrol has made a difference on campus since UB hired his company in 2016. He sees the geese becoming more familiar with his dogs and less “bold.”

“We have noticed that the geese do remember you from the previous year and will even remember your vehicle. They will take off as soon as they see you pull up,” Cygan said.

“Now the geese are not as bold as they were the first year [on campus].”

Brenton Blanchet is the senior arts editor and can be reached at Brenton.Blanchet@ubspectrum.com and @BrentBlanchSpec. 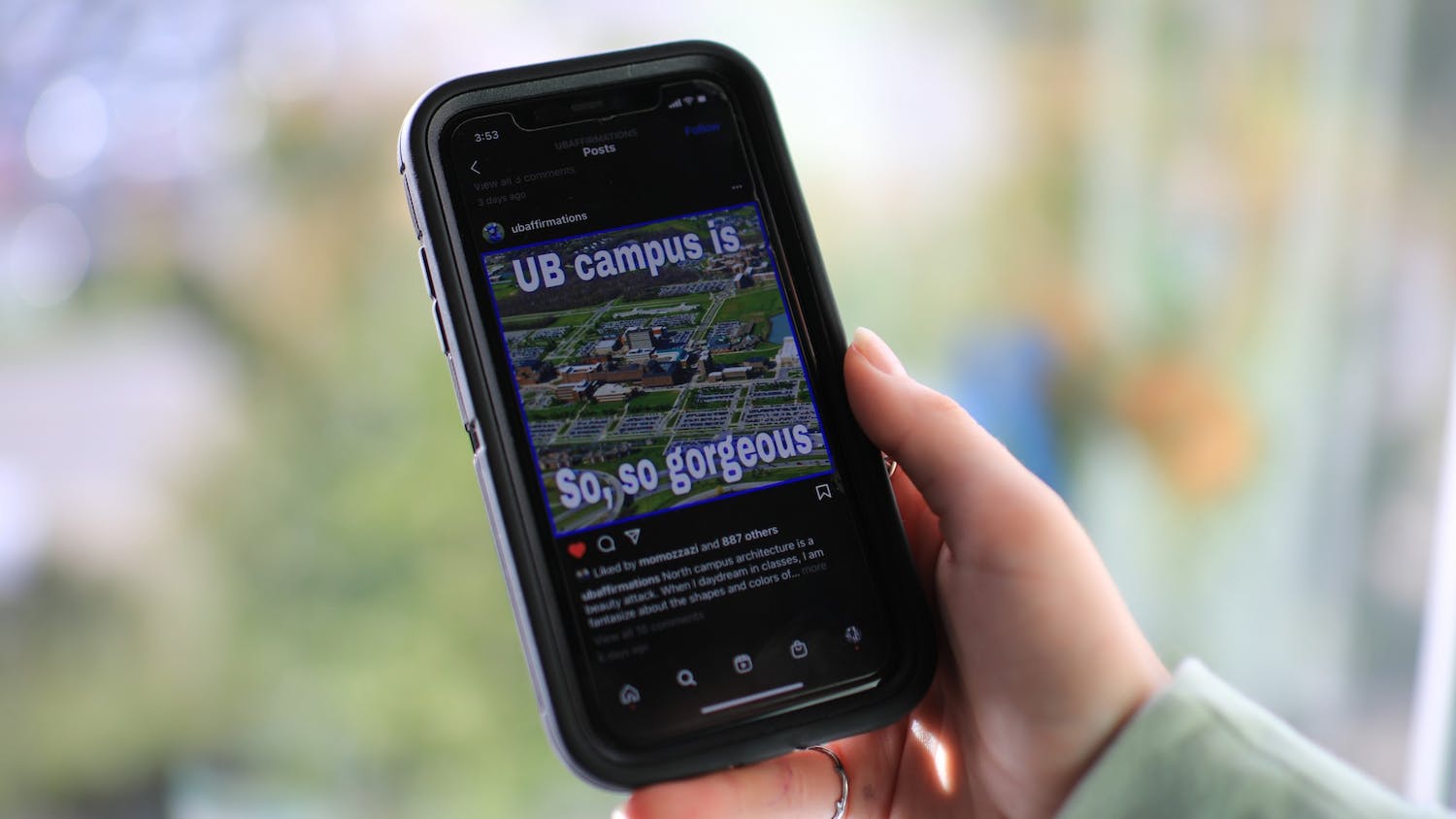