For Randi and Billy 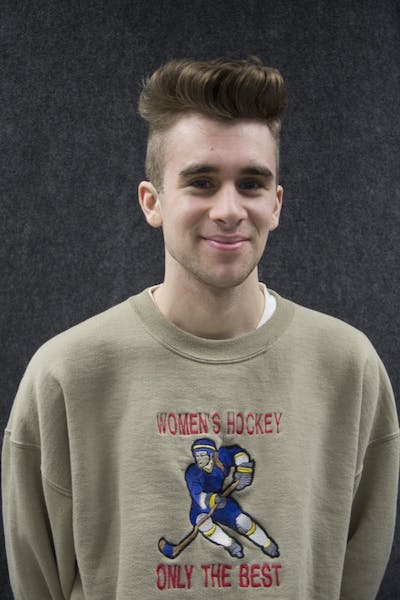 When I first stepped foot on campus in August 2016, I made a promise to myself: I wouldn’t get a haircut.

But I recently rediscovered a cause I believed in and broke that promise Saturday. No matter how much my friends advised me not to, I knew that getting a cut and donating my hair to a wig-providing charity would mean more than any compliment I could ever get.

Nearly two years of buying hair products, searching my bedroom for missing hair ties and getting compliments from every middle-aged woman in Target was about to finally be worth it.

The charity I chose, Wigs 4 Kids, is based out of Michigan and accepts hair donations for children suffering from cancer and its hair-loss effects. Every bit of what they do is admirable, so I wanted to pitch in.

But this isn’t the first time I’ve been involved with the cause.

I donated to the charity just two years ago, a few months after losing my cross country and track teammate, Randi, to leukemia.

Randi was the first friend of my age who’s left this world. He was a real leader and a true team player. He always had a smile on his face. I wanted to help those going through his battle in some way.

So I had my hair buzzed off and made the donation. It was liberating. Not only because I liked how it looked, but also because I was making a difference in someone’s life in memory of my friend. I was more than ready to do it again this weekend. But this time I decided to do it in honor of another teammate of mine.

Last semester, another cross country teammate and friend of mine, Billy, left this world too soon. He was charming, charismatic and totally selfless. Everything Billy did, from cheering me on during my worst races to posting uplifting videos to Facebook, was out of his unconditional love for others. I figured putting this donation under his name would only make sense.

But the donation wasn’t easy to go through with.

When I woke up Saturday, I was nervous. I knew I wanted to get this haircut, but I almost felt like I was parting with a bit of myself.

For the last year or so, I only saw how I looked with curly long hair so it felt a bit weird to part with this vision of myself. But I’ve never been one to let anything define me, or keep a haircut for too long, so I knew it was time.

My roommate and I left our dorm Saturday morning and went on a wild goose chase across the UB Mall Market Bus route for a suitable hair salon. Google Maps led me into the wrong direction for Fantastic Sam’s, so we settled on Great Clips.

When I showed the hairdresser a photo reference of what I was going for, she was super concerned that she wouldn’t be able to pull it off. But at that point, I was sitting in the barber’s chair with hair ties on every side of my head. I looked like Celia Mae from “Monsters, Inc.” I really wanted this to be my last memory of long hair. I told her to go for it.

So she chopped it off.

I felt smooth, smelled like hair gel and finally saw my ears for the first time in a long time. Just like that, after nearly two years of having long hair, it was gone. And it doesn’t bother me at all because I did something that’s meaningful to me.

I’m happy knowing I’m boosting someone else’s confidence and I feel even better knowing that I did it in my friends’ names.

Sure, any child associated with the Wigs 4 Kids program probably would’ve had somebody else’s hair if I didn’t donate, but knowing that young kids out there are feeling more confident with themselves is incredible.

That’s why I truly hope everyone donates their hair at least once.

It was completely free, I got to see a different side of myself and I helped out a child in need of confidence.

But what means more than any of that is the fact that I used this as an opportunity to continue the legacies of my two friends. Even if everyone on this planet thinks I look better with long hair or tells me I made a mistake cutting my hair, nothing will take that away from me.

Brenton Blanchet is the senior arts editor and can be reached at brenton.blanchet@ubspectrum.com.

By ALEX LENNEBERG
5 days ago

By Editorial Board
9 days ago

By ISABELLA FORTUNATO
12 days ago