The moments that matter

My formal goodbye to my last four years at 'The Spectrum' 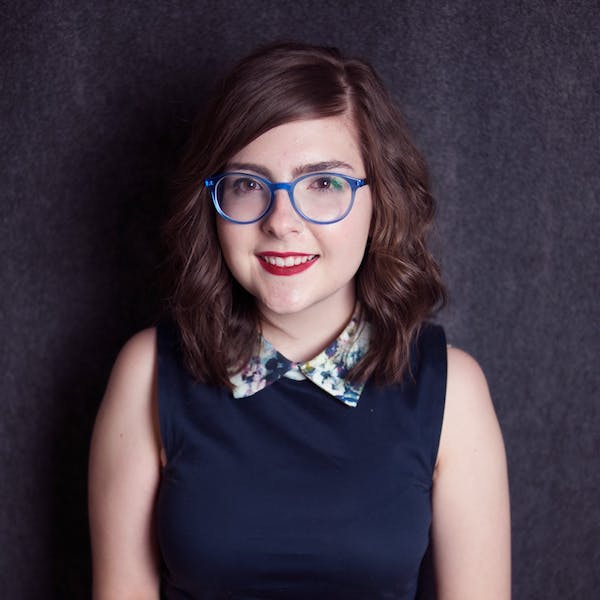 I’ve been involved in the production of roughly 320 editions of The Spectrum.

I’ve written more than 100 articles since my freshman year – and that’s just for this publication.

I can’t even begin to estimate how many hours I’ve spent in The Spectrum office.

I still live at home and my father has spent the last four years joking he never sees me. Almost every Tuesday, Thursday and Sunday I get home from work when my dad’s already in bed.

But every night before I head back into the house, no matter how late it is, I always take a moment. I turn off my gold Toyota Corolla. I take a deep breath. I let the last song finish out on the radio and try to remind myself to relax.

My days for the last four years have been crazy and unpredictable. Some nights I’m up until 3 a.m. finalizing page layouts or fact checking stories.

When driving on campus Wednesday – my third-to-last day as the newspaper’s editor in chief – I stopped at a crosswalk and saw the subject of one of my first big feature stories, written when I was a sophomore, cross the street.

It was the man who told me about the worst moments of his life, as someone who survived the Rwandan genocide.

Thursday, I saw an associate law professor who was the main source for my second-ever story for The Spectrum walking outside the Student Union – the story in which I wound up talking to an ex-convict who spent 32 years in prison when I was just 18 years old, fresh out of high school.

I’ve spent my college career collecting and cataloging thousands of moments in the pages in The Spectrum.

And there have been the moments I hated.

Like when it took UB’s records office six months to give me documentation I requested through a Freedom of Information Law request about the law school. The times sources have scoffed at me because I’m a college journalist. The amount of times I’ve been told, “The Spectrum sucks,” from people I know have never picked up a paper.

There’s been bouts of frustration with The Spectrum’s funding because we get no fiscal support from the school and run entirely off our own ad revenue.

There was the moment I realized UB simply wasn’t designed for journalism.

And there was the moment I realized that’s the best thing that could have ever happened to me and my career.

I’ve told the story of my decision to attend UB in the pages of The Spectrum before – that in the grand plan I made for my life at age 16, I needed to go to Syracuse University to be a successful journalist.

When I got accepted into SU’s journalism school but couldn’t afford to go, I had a moment.

The sobbing, frustrated, ‘Do I really have to go to UB?’ kind.

That moment led me to this campus, to this newspaper and to so many beautiful people – whether it’s the friends I’ve made in this office or the people’s stories I’m so thankful to have told.

I had to make a film this semester.

I’m still having a hard time calling myself a “filmmaker,” but I guess my media study minor makes me at least an amateur one. I covered our senior photo editor for the film.

He told me on camera his favorite part of taking pictures is to “capture the best moment.”

I don’t know how to “capture” my time at The Spectrum in any specific way. There’s almost too much to capture. Almost too much for my mind and heart to hold.

My moments as a college journalist have come to define my life.

It’s weird to think after this column runs, I won’t be a college journalist, but a journalist.

A journalist who wouldn’t be much of a journalist without the last four years of her life.

Sara DiNatale is the editor in chief and can be contacted at sara.dinatale@ubspectrum.com

By JACKLYN WALTERS
25 days ago

By BENJAMIN BLANCHET
25 days ago

By JULIAN ROBERTS-GRMELA
25 days ago