Judy Shepard's Story Motivates UB Students to Tell Their Own

At 5 a.m. on Thursday Oct. 8, 1998, Judy Shepard woke up from a phone call. Her son, 21-year-old gay college student Matthew Shepard, had been brutally beaten, tied to a fence, and left for dead in Laramie, Wyo. He was killed because he was gay.

After Matthew's death, Shepard turned the tragedy into a crusade for justice. She and her husband, Dennis, established the Matthew Shepard Foundation to honor their son and to urge an end to anti-gay violence and promote a greater understanding of gay issues.

The purpose is not only to prevent Matthew's fate from befalling others, but also to raise awareness that will prevent society from engendering more "Russel Hendersons" and "Aaron McKinneys" – the names of Matthew's murderers.

On Wednesday night in Alumni Arena, Judy Shepard spoke to what she called the largest crowd she had ever addressed as part of UB's Distinguished Speakers Series.

Judy blames Matthew's killers for his death, but she said she blames society even more for creating the environment to make them think it was OK to do that to Matthew.

Society has become SIC (pronounced "sick"), according to Judy: silent, indifferent, and complacent.

"Matt is no longer with us because two men learned, they learned, that it was OK to hate. Somehow, somewhere, they received a message that the lives of the ‘others,' ‘those people,' are not as worthy of respect, dignity, and honor as the lives of us," Judy – author of the New York Times bestselling book, The Meaning of Matthew: My Son's Murder in Laramie, and a World Transformed – said. "They were given the impression that society condones, or is at least indifferent to, violence against the ‘others,' ‘those people.'"

For those who want to help, Shepard encourages them to "educate, educate, educate." She urged audience members to bring understanding when they see hate and ignorance, bring light when they see darkness, and bring freedom where there is fear. Shepard believes the key to educating is by sharing one's personal stories.

Shepard emphasized that the responsibility lies largely in the hands of "the rest of us" to make the gay community part of everyday life. By sharing stories, the community holds responsibility just as much as teachers, administrators, and educators do, who – according to Shepard – have no control over what happens when the students leave school, what they see on TV, what they read, and what they hear.

"For anybody in a high school to tell me, ‘We just don't have any gay kids in our school,' I'm thinking, you're just kidding yourself if you think that's true," Shepard said. "We are everywhere. We are your pastor, your doctor, your grocer, your baker, your neighbor, your son, your daughter, your crazy Aunt Sally. We are everywhere; always have been, always will be."

Shepard also attacked the media for misrepresenting the character of gay pride parades, which often are seen as flamboyant and blatantly risqué.

"One of my deepest wishes is that the media would stay for the entire gay pride parade, not just the first few rows of our more exotic members…but they need to see the boring people at the end of the parade, too," Shepard said.

In order to dismiss the negative stereotypes toward gay people, gay people and allies alike must introduce the world to the real gay community. She urged gay people to share their lives with others.

"Coworkers, I know that it is incorporated in law somewhere that you have the right to bore your coworkers with your family life the way they bore you," Shepard said. "It's time to go to work and tell people that that picture on your desk is not really your favorite cousin, it's your partner. That you have a family, that you are connected and committed, and in love. This is the only way it becomes everyday to everybody, and that's the only way we're going to get things to change. You need to tell your stories."

Shepard is, however, disappointed with the internal prejudice that exists within the gay community. She is also disappointed in the lack of equality in America. There are currently 30 states where a worker can still be fired because he or she is gay, lesbian, bisexual, or transgender.

Likewise, Shepard said that if one cannot legally marry, one is not entitled to the same civil rights as others, and thus one is not living in an equal system.

"We know that separate but equal does not work," Shepard said. "Did we learn anything from the civil rights era?"

Shepard also addressed the issue of coming out. She understands that not all families will accept a gay family member, but she also emphasized that the problem lies with the unaccepting family members, not with the gay individual who has tried to include his or her family. She seemed hopeful, though, and said that time changes lots of things.

One of the issues in today's society is that people are coming out younger and younger, and the public school system is not educated, equipped, familiar, or generally prepared to deal with that, according to Shepard. There is little assistance for kids in school to aid the process of coming out. Likewise, there is no system in place to address the issues of the bully.

A girl in the audience from a local high school and an officer in its GSA (Gay-Straight Alliance) group asked Shepard how she felt about Ellen DeGeneres' comment about Williamsville North High School being the bullying capital of the world after the suicide of Jamey Rodemeyer, and how – as a community – the school can look past that.

Shepard apologized on behalf of DeGeneres and said it was the wrong thing to say.

"I know as a member of the GSA group, you have to be the united front that makes a change, and you need to do it with your administration," Shepard said. "You need them behind you, and you need them to make you a priority…all of you need to tell your stories, and this is not just about gay kids, it's about all kids that are marginalized."

Shepard created a dialogue with the audience. The open communication between herself and her interested spectators symbolized her attitude and how she feels about the power of being open, and having open communication in one's life.

Shepard encouraged those in the crowd to share their stories, to vote at elections, and to all-in-all, take responsibility for the society they live in. She herself has found salvation in sharing Matthew's story to people all around the world. 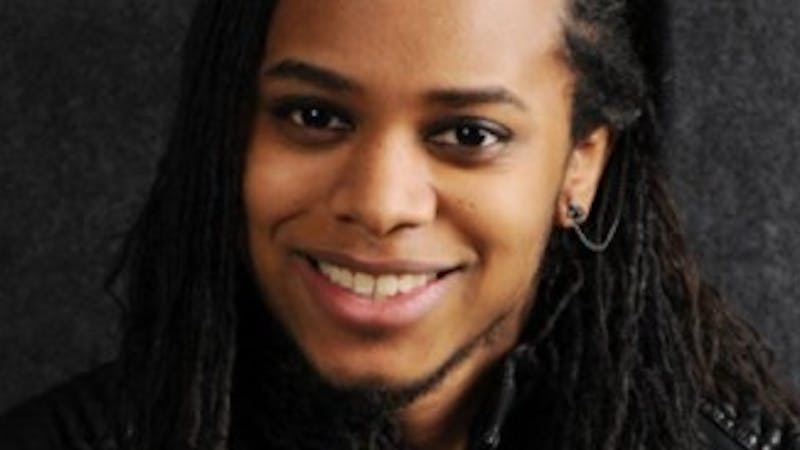 Out of the closet: personal vs. private identities

Being a Queen Isn't a Drag

"Rainbows and Drag Queens and Pride, Oh My!"

By MARIAH DITKOWICH
3188 days ago