Hollywood Edition adds a slew of bonus tracks, including live cuts of songs off of Crazy Love, the original album.

The album's original tracks don't offer much to the typical college student, but the music, deeply rooted in swing, jazz and big band, suits Bublé's voice. As he serenades the listener, he faithfully recreates the sound from an era of music in which stars were viewed as "entertainers" rather than musicians.

Songs like opener "Cry Me a River" and Eagles cover "Heartache Tonight" burst with swelling string sections and rousing vocals. Scattered across the lengthy tracklist are tender piano ballads, lively "ain't that a kick in the head" moments and songs that weave between both emotions. Fans of Sinatra and his contemporaries will not be disappointed.

The songs don't deviate from timeless themes of love and loss. Like the swinging entertainers before him, virtually every word is directed to a woman. "You're Nobody ‘til Somebody" may be the sole exception. The song employs a cruel form of consolation through its lyrics.

"You're nobody ‘til somebody loves you/ So go out and find somebody to love," Bublé sings.

Interestingly, the album finds time to apply a modern pop feel to certain tracks. "Whatever it Takes" features Ron Sexsmith and works with newfangled guitar leads in small doses.

"Crazy Love" comes closest to a pop radio sound. The track's melody is quite similar to John Mayer's "Waiting on the World to Change" and moves along at a comparable, yet slowed pace. It is in these isolated moments that Bublé displays a potential to gain younger fans.

The album is unapologetically formulaic and fixated on antiquated ideals of showmanship, Hollywood and fame. This does not come as an unpleasant shock to Bublé fans.

The loud and energetic finale, "Hollywood," expresses Bublé's sentiments toward the world of glitz and glam.

"Hollywood is dead/ you can find it in yourself," Bublé sings.

Hollywood might be dead, but Bublé shows he doesn't need it to produce a mediocre album. 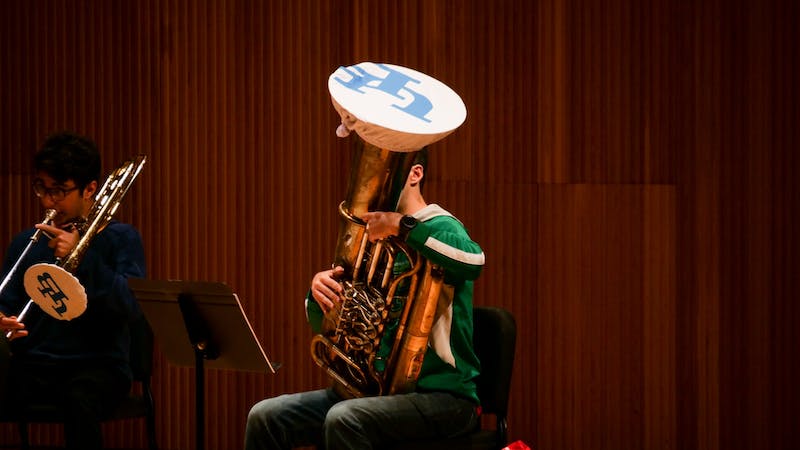