The seamless chaos of ‘Noises Off’

UB’s “Noises Off,” despite cancellations, knocked audiences’ socks — and maybe even their pants — off

“Noises Off,” Michael Frayn’s English farce, opened this past weekend in UB’s Center for the Arts. Despite being scheduled for five performances, the weekend snowstorm shut down Friday and Saturday’s shows, but the cast rebounded on Sunday with a performance that knocked audiences’ socks — and maybe even their pants — off.

This hectic and joyfully bewildering narrative follows frustrated director Lloyd (junior theatre performance major John DellaContrada) as he attempts to reel in the dreadfully inept cast of his play, “Nothing On.” Cast members balanced dual roles: their “Noises Off” characters and their “Nothing On” ones.

In “Nothing On,” the incapable “Noises Off” characters are forced to juggle their own personal struggles as actors with the massively confusing nature of their production. A jumbled plot and humorously impossible actors make for an amusingly dysfunctional comedy of errors.

“Noises Off” is compelling in its complexity and confusion. Act I followed the actors’ final dress rehearsal — a gigantic mess. Act II continued the farcical nonsense, giving audiences a look backstage at “Nothing On’s” disastrous opening night, sabotaged by the actors’ personal relationships, vendettas and conflicts. After the impressively behemoth set rotates around, the audience enters Act III where “Nothing On,” having toured for months, is now on its last leg. Coincidentally, so are the actors.

In Scooby Doo-esque fashion, the cast ran frantically from one entrance to the next, disappearing in one doorway only to rapidly reenter elsewhere. The audience often lost track of what was going on as the show fully surrendered to its own brilliantly organized chaos. The “Noises Off” cast, as the “Nothing On” actors, tossed props, missed cues, threatened each other with axes and downed booze.

“I think the one thing that stood out is how chaotic it was,” junior theatre performance major Alissa Di Cristo said. “At the beginning, when we started the rehearsals, I was like, ‘There’s no way we’re gonna pull this together.’ But somehow, we got it together and it is seamlessly chaotic now.”

The cast fully embraced the madness of “Noises Off,” as well as their doubled roles. At the request of the creative team, senior theatre performance major Nicolas Torres even grew out his facial hair to portray both Garry and Roger. Although Torres was hesitant about the new look, he learned to rock his new mustache on and off stage, even opting to keep the ‘stache after closing.

To add to the already overwhelming chaos of the production, three of the play’s five showtimes were canceled after this weekend’s snowstorm canceled all campus activities and classes on Friday, Nov. 18 and Saturday, Nov. 19.

Even still, the cast looked back on their bittersweet Sunday reopening as having reenergized their spirits. Powering through regular show nerves compounded by perceived rustiness from their time away from the theater, the “Noises Off” cast and crew returned with a vengeance. The audience filled the room with laughter, gasps and a palpable sense of unfiltered amusement that even Buffalo’s bone-chilling temperatures could not put on ice.

DellaContrada, who stripped down to his underwear during the performance, credits the show’s resilience to the cast’s close-knit bonds. Their chemistry extends beyond the stage, into the dressing rooms and even all the way to the CFA parking lot.

“We’d rehearse until 10 p.m. and continue talking past midnight, like out in the parking lots,” DellaContrada said. “We’re all freezing to death, but we’re still talking and hanging out.”

Although “Noises Off” is near impossible to explain, the connections it formed and the boisterous laughter in the Drama Theater warrant no explanation. It’s a play about sardines, backstage lunacy, nuanced doubling and sheer bewilderment — not simple in the slightest. But UB’s “Noises Off” brought together a room full of people who needed a good laugh, and it really is as simple as that.

Alex Novak is an assistant arts editor and can be reached at alex.novak@ubspectrum.com

Alex Novak is an assistant arts editor at The Spectrum. 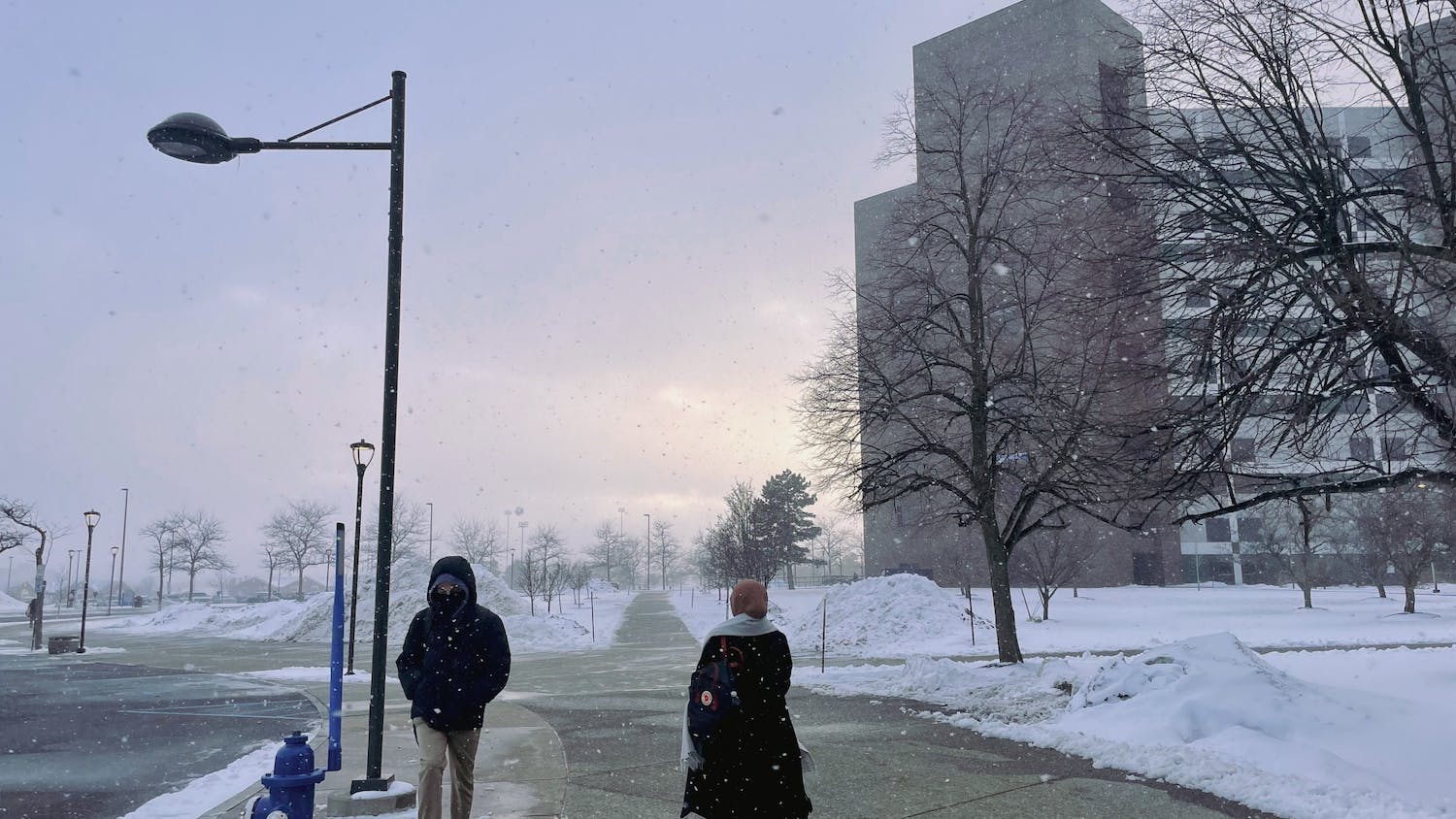 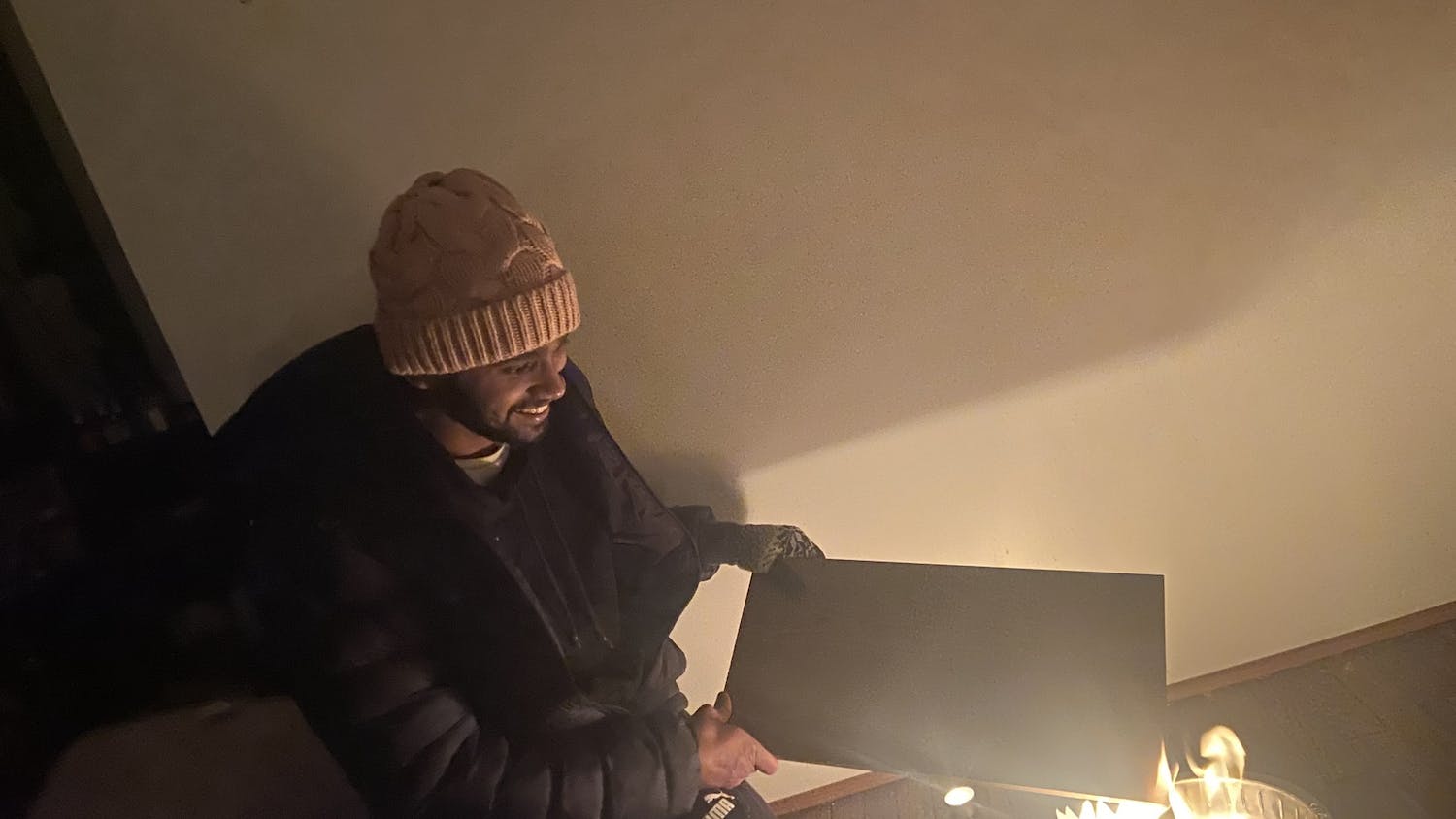