How I started fostering kittens through the SPCA 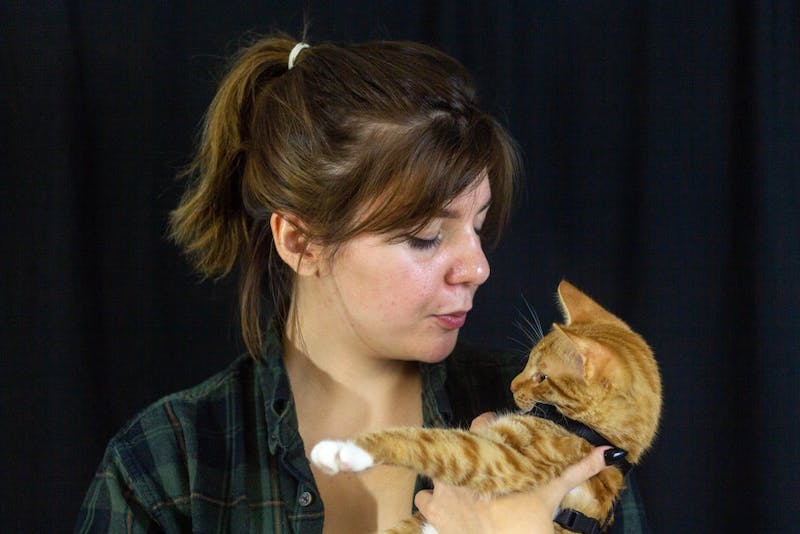 When I woke up on May 21, I adamantly decided to wait to adopt another cat.

Throughout the month, I debated on whether to adopt a friend for my own cat. But I spent the previous night looking over my finances and knew I couldn’t afford such an investment with rent and other bills coming up so quickly.

I had no idea that I would end up with two kittens later that day.

I adopted Simon, my orange tabby cat, last August as a kitten and he quickly became my entire world. Crazy cat lady doesn’t even begin to describe it. With that in mind, it was only a matter of time before I began considering adopting a friend for him. I spent hours scrolling through Petfinder and Craigslist, looking for a sign from the universe for the perfect companion.

But nothing ever stuck out to me.

It had only been a few hours after I woke up when I received a message from a friend. The friend asked if I was free, and being the introvert that I am, I promptly avoided opening the message. It was only until they became more frantic that I spied the words “found kittens” within the sea of message notifications.

Within minutes I was out the door, driving across town.

Different thoughts filled my head as I drove to pick up the kittens. I wondered if this was the sign I had been waiting for, hoping they would still be there when I arrived.

After driving unnecessarily fast, I finally arrived at the elementary school and approached the building through a sea of screaming children. It definitely wasn’t the most suitable environment for kittens.

But there it was, right next to the front entrance, the cardboard box I was searching for.

I checked inside the box and there they were: two orange tabbies, about six weeks old, huddled together in the corner.

I could’ve died right there.

They were dirty and thin, but I could tell they were still healthy.

While sitting with them in my car I knew this was something important. I felt it had all happened for a reason, but I still knew I couldn’t afford to adopt another cat, let alone two kittens. So, I did the responsible thing and called the Society for the Prevention of Cruelty to Animals serving Erie county.

The SPCA is a nonprofit animal rescue center that provides adoptions, medical services and animal rescues among other things. While this shelter is nationally renowned for its resources and commitment, I was greeted to a voicemail asking if I would be willing to foster any stray kittens that I might be looking to admit to the rescue.

March to October is kitten season, which is when the majority of unspayed female cats go into heat. This results in an influx of orphaned kittens within rescues and shelters. Although the SPCA does not euthanize animals to make room within their shelters, it was clear they needed to rely on a strong channel of fosters to accommodate this yearly influx. Every year approximately 860,000 cats are euthanized across shelters, according to the ASPCA, and I wasn’t going to risk it.

This is when I knew that I was not meant to adopt another cat, I was supposed to foster cats and kittens still searching for their forever homes. So, I partnered with the SPCA to provide a loving, temporary home for the two stray kittens. I also went on to sign up for indefinite fostering for the rescue.

I’ve modified a spare bedroom into a full-fledged cat room, fully evolving into a crazy cat lady. The money and time I’ve spent on this project seems like nothing compared to the future I foresee in animal advocacy and rescuing.

Although they were only in my care for two weeks, I feel driven to keep pursuing this cause and advocating for the wellbeing of innocent lives. I was lucky enough to adopt these kittens out to people I knew, which guaranteed that I would be able to watch them thrive and grow up.

While it may not seem like much to essentially babysit a few kittens at a time, I know that this is what the universe intended for me. I know that I’m still making a difference.

Samantha Vargas is the senior features editor and can be reached at Samantha.Vargas@ubspectrum.com.

By BRENTON J. BLANCHET
63 days ago