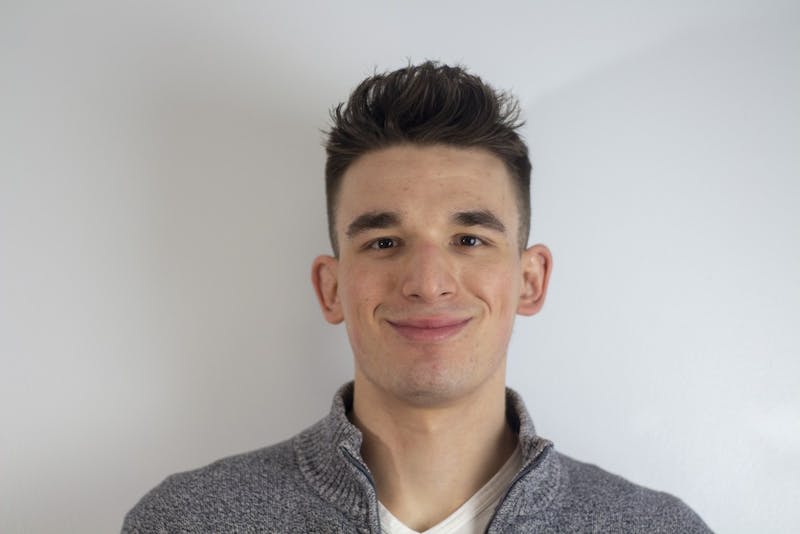 If you ask John Mulaney, I need to step my game up.

The Student Association featured the fan-favorite performer at this year’s Comedy Series in the Center for the Arts Saturday night. Mulaney is popular among students and adolescents alike, with multiple Netflix specials and his original series along with Nick Kroll, “Big Mouth.”

The only issue is I wasn’t there.

The Spectrum was denied press for this year’s Comedy Series performance, the first time this has happened in the last few years.

But that didn’t stop Mulaney from using Spectrum coverage for material on stage.

Both shows at the CFA were several hundred seats below full capacity. The 7 p.m. show had roughly 200 open seats, and the second show had roughly 300 open seats. With 500 seats left open for both shows, it’s fair to say that, even though students reserved tickets, there was still enough space for us to cover.

So, why was The Spectrum denied press?

Regardless of who made the final decision, the fact that Mulaney’s set included content from The Spectrum while we watched from the sidelines was upsetting. It’s frustrating that myself and the rest of the arts desk at The Spectrum was put on the spot.

Funny? Absolutely. Mulaney is one of my favorite comedians, and his work on “Big Mouth” is hysterical.

But this felt like The Spectrum was being kicked while it was down.

Still, if Mulaney’s management or SA gave credentials to myself and other editors on the arts desk, it would have been a courtesy. Given the turnout, allocating passes was entirely feasible.

Did Mulaney know we were denied press before he decided to pull material from our paper? I can’t help but wonder how he would feel if he did.

But that didn’t stop us from covering the show.

I’m glad we could help John Mulaney and give him inspiration for his performances on Saturday night.

I hope he’ll allow us to be there to see it next time.

Brian Evans is the senior arts editor and can be reached at brian.evans@ubspectrum.com and on Twitter @BrianEvansSpec.

By ISABELLA FORTUNATO
56 days ago

By REILLY MULLEN
56 days ago