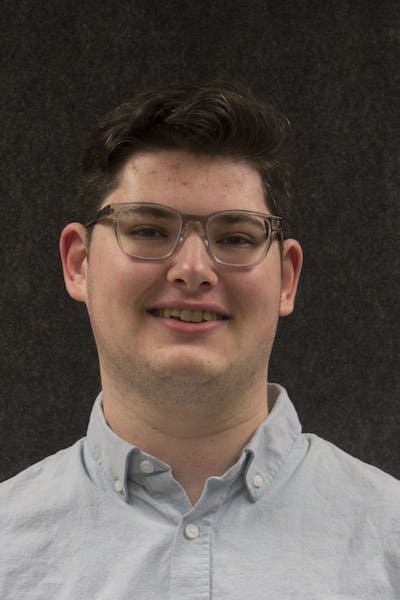 “New Era is not about conformity. It’s about personalization, true customization that offers literally billions of styles and sizes and looks. We don’t push our philosophy on you. We don’t require you to get inspired or seize the day. We don’t dictate. We encourage you to be you. We marvel at the maverick. And revel in the rebel.”

This is New Era’s “social responsibility statement” detailing its goals and ideals.

New Era is also about laying off over 200 employees in March.

This past Tuesday, the New Era Cap company shocked employees, residents, politicians and the rest of Buffalo, when they announced the closing of the manufacturing facility in Derby.

Derby is the only manufacturing plant solely committed to making New Era hats in the United States and will be shutting down this upcoming March.

Christopher H. Koch, the CEO of New Era, serves as a member of the UB Council.

The New Era company started in the 1920s under modest beginnings. Koch’s great-grandfather began the company after receiving a $5,000 loan from his aunt. The Koch family worked tirelessly over the years to achieve the American dream and grow New Era into the global brand it is today.

Koch grew up in the New Era facility. His father was named chief executive in 1972 and his mother worked in embroidery and cap design while raising four children. The only job Koch has ever known is working at New Era.

In 1978 he worked in the manufacturing plant in Derby while going to college at night. In 1990 he was promoted to vice president for sales. In 1992 he became president and in 2001 he became CEO.

Koch worked in the same factories, doing the same jobs, with the same people that he is now firing.

Koch told The New York Times in 2011 that his father is “the one guy he has to answer to.”

If not for a deal with Major League Baseball, every New Era hat would be made abroad.

Inside of the New Era flagship store in downtown Buffalo, you’ll find hats for any team in any style and any color you could want. But, you won’t be able to find one that says, “Made in America.”

The 59Fifty cap has pushed its way into fashion across the globe. New Era’s iconic piece of merchandise is handmade in the Derby manufacturing plant. Each hat is made just a bit differently and gives it the uniqueness and originality to your hat. Now those little imperfections that made the hat yours will be eliminated as more manufacturing is shipped abroad.

I worked at Lids, the United States’ No. 1 retailer of New Era brand merchandise. I sold the products and know every different design and model they produce. I explained to customers how each one was made by hand and that’s why the sizing isn’t consistent. There was pride in finding the hat that fits perfectly.

New Era has its presence felt at UB. They have ads along the walls on UB Stadium, their products are sold in the bookstore and Alumni Arena. UB’s logo is plastered along their products.

Koch is the winner of the 2008 Buffalo Renaissance Foundation’s Renaissance Award. The BRF is a “group of local business leaders who value Buffalo as the ideal place to live, work and raise a family, our mission is to help the community move forward for generations to come.”

The only family Koch is moving forward for generations is his own.

By BRENTON J. BLANCHET
56 days ago

By JACKLYN WALTERS
56 days ago

By BENJAMIN BLANCHET
56 days ago