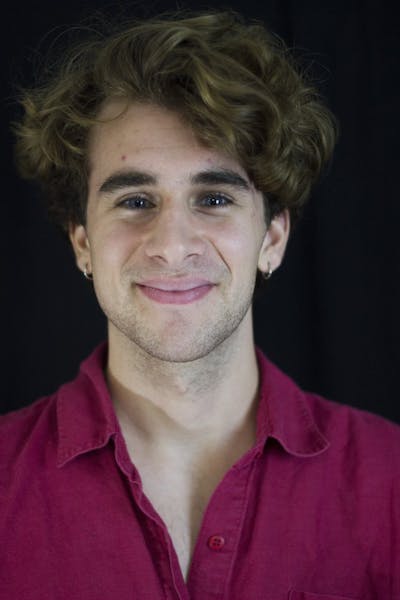 Mariah Carey and Ariana Grande are my two favorite vocalists in history.

They’re unbelievably talented and well-respected musical powerhouses who can do things with their voices that make listeners question the limits of the vocal cords.

But for whatever reason, they’ve had a rocky relationship.

This may change in March.

Carey hits the stage at Shea’s on March 23, just one day after Grande takes over the KeyBank Center. This means two things: one, I am about to put myself in a terrible financial situation and two, there’s a chance the two can finally squash their rumored beef and make me a very happy pop music nerd.

Lebron James asserted himself as a “hip-hop historian” this month before touching on Drake’s beef with Pusha-T, so likewise, I’m going to label myself a pop music historian before diving into the importance of their tour layover. But unlike Lebron, I’m actually going to make a valid point and back up my assertion.

It all started around 2012 when Grande released a cover of Carey’s “Emotions” on YouTube, showing off a whistle register that would make any Carey fan take a second look.

When 2013 rolled around, Grande just released her debut single – we don’t talk about “Put Your Hearts Up” unless she wants to – “The Way.” The song was a clear reflection of the music Grande grew up on, ‘90s pop and R&B. And, fittingly, many compared her to the queen of number one singles.

The Chicago Reader labeled the song as part of a “‘90s retro revival” and wrote that Grande channeled Carey throughout the track.

During a 2013 post-performance interview on daytime television, surprisingly excellent pop-music interviewer Michael Strahan asked Grande if she saw the Carey comparisons as a compliment.

During a Radio Disney interview that same year, Grande replied to a journalist who confused Grande’s voice for Carey’s.

“I wouldn’t be mad at all,” Grande said. “She’s the greatest vocalist and that’s a huge compliment to me to be compared to her.”

When Carey was new to the music scene in 1990, she seemed flattered by Whitney Houston comparisons. Vocalists have been compared to each other for years and Grande’s responses showed respected those who paved the way for her. So where did this all turn sour?

After a 3 a.m. Google-search session, I can honestly say I don’t know. And I could only find one occasion when Carey publicly addressed Grande.

Carey, whose “I don’t know her” disses have made the Internet a special place, addressed her Grande comparisons on Andy Cohen’s “Watch What Happens Live” in 2016.

“No,” Carey said according to US Weekly, “I don’t know. Honestly, I’m not familiar. I listen to hip-hop more than I listen to pop music.”

So, it's up to us, Buffalo. Two pop queens will be in our city just one day apart. We have the power to bring them together. Whether it's in the form of a collaboration album, a show appearance, a Grande-infused version of “Always Be My Baby” or just a simple ‘hello,’ our city can squash an unspoken beef that has gone on for far too long, and I’m not talking about stepping on a Stackers burger in the Student Union.

If you’re reading this Ari and Mariah, just know I want what’s best for the music industry, your careers and my Instagram feed when a photo of you two in a cool back-to-back romantic-comedy-movie-poster pose pops up.

This won’t only save me money on concert tickets – as I’d only have to go to one show to see the two singers in the perfect, beefless world – but it will make the world a better place.

Brenton Blanchet is the managing editor and can be reached at Brenton.Blanchet@ubspectrum.com and on Twitter @BrentBlanchSpec.

Brenton Blanchet is a junior communication major and The Spectrum's managing editor. His hobbies include collecting vinyl, jogging and meeting Mariah Carey.