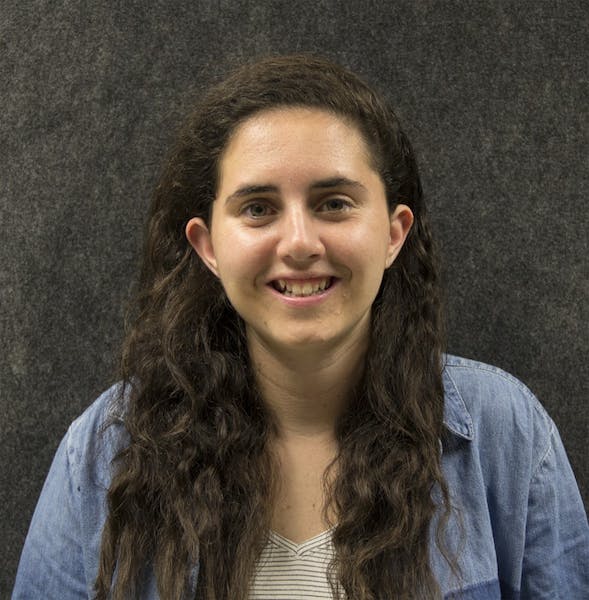 In a very real way, I owe everything I have to Aaron Sorkin.

For those of you who don’t know, Aaron Sorkin is a screenwriter and director famous for successes like “The West Wing,” “A Few Good Men” and “The Social Network.” He’s got two Golden Globes, an Oscar and five Emmys but for me, his gift to the world were his two lesser-known shows, “Sports Night” and “The Newsroom.” These shows changed my life.

Both shows were about other shows. “Sports Night” focused on a sports news show much like SportsCenter on ESPN, and “The Newsroom” centered around a fictional news channel. In both shows, the executive producers were women -- Dana Whitaker and MacKenzie McHale.

My entire life I was an athlete. I bounced from sport-to-sport, season-to-season, thriving the most when I was with my teammates. When I first watched “Sports Night” and “The Newsroom”, I didn’t see two newsrooms working to produce a show. I saw two teams working towards a common goal, with their captains Dana and MacKenzie taking them to victory every night. From those first episodes on, I knew that’s what I wanted to do the rest of my life.

I took steps to try and reach that goal. I came to UB as a production major with hopes to one day be able to produce news, but one important thing was missing: a team. For the first time in my life, I didn’t have teammates to depend on, learn from, and grow with. I was alone.

I signed up for a journalism class, again just hoping to get one step closer to become Dana and MacKenzie. The class was taught by Jody Biehl, and I gained more passion and more desire to become a journalist on just the first day than I had ever. Jody is the UB version of Aaron Sorkin. She is another person I owe a great deal to. She crafts and creates journalists just like Sorkin does with his shows. After that first class, Jody found out I made videos and walked me down to The Spectrum office. For me, walking into the office was like Babe Ruth walking into Yankee Stadium; I had found a home, I had found a team.

To my coach, Jody:

You changed my life. You have taught me what it meant to be a journalist; not just on a TV show, but for real. Every step I’ve made towards my goals can be traced back to you. I joined the paper and got two internships because of you. After I graduate and go to work, I will be taught by two of your former students, who look out for me because of the culture you’ve created. Thank you is not enough, but for now it is all I can offer.

To my captain, Hannah:

You have rallied our newsroom in ways none of us could imagine. Your tenacity and dedication have lead us to be a premier campus paper. The amount you’ve grown this year is incredible, and I know this is just the beginning for you. Maybe one day I can be your producer -- I know you’ll be killing it as a reporter or an anchor. Always continue to grow and believe in yourself, and your limits are endless.

To David and Dan:

Everytime I walked into your office, a weight was lifted off my shoulders. You two really stepped up and became leaders in a time when we needed that role filled. You were both people we could all depend on when everything else was falling apart.

To my fellow senior editors, Sarah, Benjamin, Brenton and Tom:

When I saw the work you guys were doing, it always push me to be better. Thank you for pushing me, inspiring me and for carrying our team and our paper each and every week. I knew despite the chaos of production days, our desks were always going to be OK with you at the helms.

My partner-in-crime on the creative side of the paper, I couldn’t have done it without you. Thank you for pulling graphics out of thin air when another picture of a sign just wasn’t going to cut it. I can’t even imagine how far you’re going to go in life; your talent, your reliability and your kindness will take you just about anywhere you could desire.

To the rest of the team:

Thank you for welcoming me into the club, for filling out your slugs and credits (some of the time) and for making The Spectrum truly feel like home. Without this paper, I wouldn’t be half the person I am today.

This Sorkinism means to take advantage of things while you can. For me signing up for that class was a rosebud, becoming an editor was a rosebud and the staff was certainly a rosebud. I hope as I continue striving towards being Dana and Mac. I hope that I will continue to collect rosebuds while I may, but I’m lucky enough to know I’ll always have The Spectrum as a rosebush in my corner.

Allison Staebell is the senior multimedia editor and can be reached at allison.staebell@ubspectrum.com