A woman in science

My thoughts on the "diversity" womanhood brings to STEM disciplines 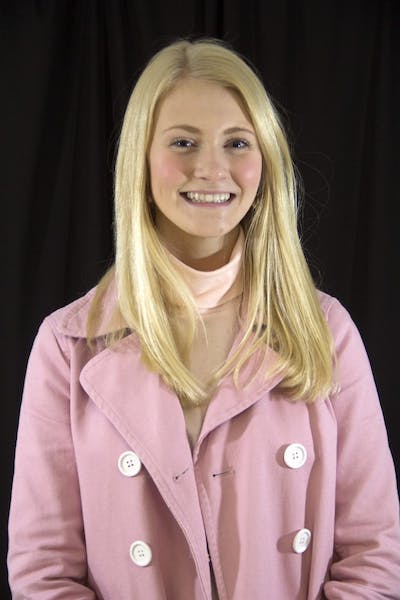 I’m a biological sciences major and am quite involved in my department.

I do undergraduate research, hold an e-board position in a science club and I actively participate in UB-led science outreach programs. I have been applying to competitive research programs in an effort to stand out from other Ph.D applicants.

Applying to these sought-after programs is like a game. You have to know the rules, like proper word choice and phrasing in the essay sections, to win.

There is one aspect of the game, however, that someone can’t learn how to play: the diversity component. More than half of the applications have had whole sections asking how I would add to the diversity of the program, if accepted.

I am a white student who comes from an upper-middle class family. By no means am I diverse in the eyes of my application readers. So, what do I write? I have to resort to playing the woman card. This means I have to write an essay, crying that I’m a female in a male-dominated field, trying to beat the systemic sexism prevalent in STEM disciplines. I have to use womanhood as my refuge, because otherwise I’d have no essay topic to write on.

But I don’t believe in my forced response. Being a woman is something that should be empowering, not an excuse to get into programs. My true opinions are not what the admissions committees want to see. They want to see me complain about the trials and tribulations of being a woman in science; they want to be guilted into accepting me to their summer programs.

This diversity component is meant to stop sexism in science, when really, it is sexism in itself. If you were to take myself and a white man, who comes from the same background, GPA and experiences, and have both of us apply to these summer programs, I would get accepted over him because I’m a woman. To them, I am more diverse.

But you can’t stop sexism with more sexism; that does nothing to solve the problem.

First-wave feminism fought for equal treatment, and I despise the fact that I have to reduce myself to my gender to be accepted into these programs. I am no better than a male scientist simply because I am a woman. I, however, can be better than other scientists because of the passion, time and work I put into my research. It shouldn’t be my gender that determines my acceptance to these programs, but my merit and achievements.

Truthfully, there isn’t even a sexism problem in science. Fields like engineering and computer science have more men than women, according to Integrated Postsecondary Education Data System. Fields like biology, psychology and agricultural sciences, have more women than men. These differences are not due to sexism in the field, but differences in interest.

The system isn’t out to get anyone. The system doesn’t care who you are, but cares only that you’re good at what you’re doing. We as a society shouldn’t allow gender to determine who gets which opportunity. That is the opposite of progress.

In many of the program applications, they specifically encourage women to apply. I should be flattered and accept the increased chance of acceptance, right? Wrong.

Being judged based on my grades, achievements and experiences is completely understandable for programs like these.

Being reduced to only my gender, however, is not. Quite frankly, it’s offensive.

Kirsten Dean is a staff writer and can be reached at features@ubspectrum.com.