Outdated: UB's Alumni Arena gym is anything but a gym worth going to 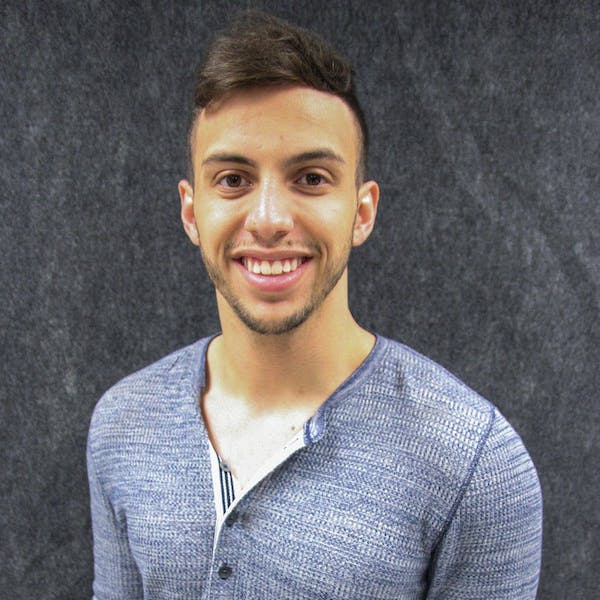 The first time I walked into the Alumni gym, I thought it was a joke. There was no chance that this was the main workout center for a school as large as UB.

I attended Brockport College before coming to UB. Although the campus and libraries were subpar compared to UB, their central workout facility was phenomenal. Everything was state of the art: brand new free weights and machines along with a cafe that served protein shakes.

UB is the largest school in the SUNY system, yet UB’s central workout facility does not hold a candle to the gyms at smaller schools. Brockport, Cortland and Stony Brook have state-of-the-art gym facilities that have been built within the last 10 years. The Alumni gym was built in 1982 and there are no current plans to replace the 30-plus year-old facility.

“Overall, the Alumni Arena [gym] is an absolute embarrassment of a gym compared to other schools,” said John Song, a competitive Olympic power lifter who lifts at the Alumni gym five to six times a week. “I cringe every time I see orientation classes visit the fitness facilities.”

Song has a point. As you tour the campus, you see the amazing improvements they have made to Capen, the Center for the Arts and Greiner. As you approach Alumni, you expect the same modern feel.

That’s not the case.

What you enter is a hot, cramped and cluttered space that doesn’t fit the rest of the school’s aesthetic.

During the 2016-2017 academic year, 12,033 unique UB Card holders swiped into the Alumni gym for a total of 175,494 swipes. That equates to roughly 15 swipes to the gym for the entire year from each user, according to UB Athletics.

Anyone who typically uses a gym will use up 15 swipes in less than a three-week span. These numbers tell a story within themselves; students who visit Alumni gym don’t tend to return.

“Aside from the regulars who come in who have been working there for a while, the newer people who come in, you usually don’t see them again,” said Tyler Lynch, a senior and former Alumni employee.

Recreation and Intramural Services pays for upgrades and maintenance with the student recreation fee – a component of the student comprehensive fee – and revenue generated by the department.

The new equipment purchased includes new cardio and weight equipment, in addition to a personal training area. The new weight equipment is a “big apparatus that sits in the middle of the gym,” Lynch said.

According to UB Athletics, the university felt it was necessary to buy more of the popular equipment to prevent gym-goers from waiting around.

UB would be better off saving the money allocated towards new equipment and instead building up enough funds to do a whole new remodel.

“[It] does not make sense that UB spent countless amounts of dollars on a jungle gym of squat racks with turf in the middle. This has to be one of the most absurd things I've ever seen,” Song said.

The university recognizes the issue of overcrowding and in 2013, conducted a survey of through a consulting firm, Brailsford & Dunlavey, which concluded students had a desire to expand recreational and fitness programs.

“We know first-hand the challenges of managing a shared facility for a university of this size and we support the concept of [a] new recreation facility,” said Sharon Sanford, associate athletic director for recreation and sport management. “In the meantime, we will continue to make improvements in our current spaces. … Our mission to inspire sustainable, healthy and active lifestyles through campus and community engagement.”

To conduct surveys and recognize an issue is admirable, but pointless. The university can say and do whatever research they please but all of that information holds no weight when there are no plans to make improvement. The only way to fix the issue is through action, not words.

UB is building an $18 million field house that will be funded through football revenue, philanthropy and donations. According to athletics officials, the field house will be open to all students who participate in Division I, club or intramural sports.

For now, students must choose between experiencing a subpar gym every day or shelling money out of their pocket for a gym membership. With so much money dedicated towards athletics, the least they can do for non-student athletes is provide us with a gym that will keep us wanting to return.

By ALEXANDRA MOYEN
37 days ago

By REILLY MULLEN
40 days ago