My journey of starting and maintaining a vegetarian lifestyle 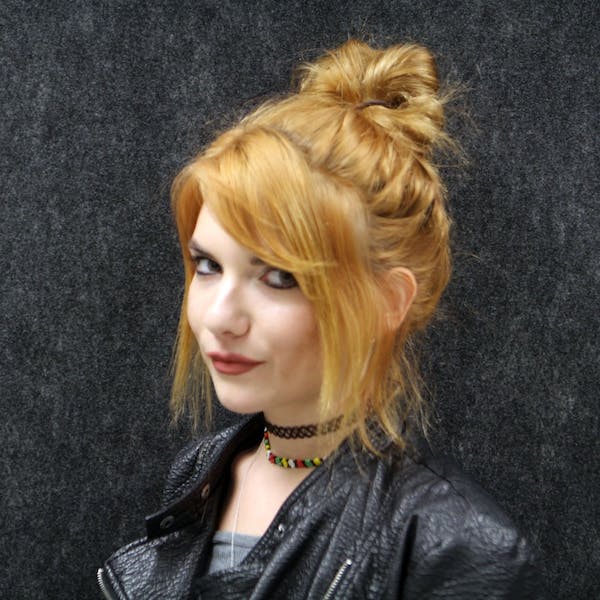 The start of this year marked five years since I decided to start living a vegetarian lifestyle. I've always said that it's been one of the best choices that I've ever made.

Becoming a vegetarian has given me a sense of accomplishment, a triumph of willpower, a contribution and sacrifice of my owneffort toward a greater good.

This major lifestyle change was completely spontaneous. It wasn't articulately planned. It wasn't a New Year resolution. There were no days where I would practice being vegetarian and allow for cheat days.

I simply decided to cut meat out of my life, cold turkey.

Sure, I had given it some prior thought; I had partially been influenced by particular artists and bands that supported vegetarianism and the close bond that I had with my dog. These factors made me want to express my respect for animals in some way.

I had also encountered awful videos exposing animal torture, including factory farming. Those images stuck in my head. Every time I was about to eat meat I pictured how cruelly the animals must have been killed. I couldn't stomach supporting the financial gain of industries that tortured animals.

I came to a conclusion – I shouldn't eat animals if I can’t look an animal in the eye, kill it and then eat it. Why is it suddenly more humane if someone else kills the animal for me?

My decision appeared especially random to the people in my life. I never really mentioned anything to anyone up until the day that I was officially a vegetarian.

The whole process took place in my head.

I probably wouldn't recommend that approach for others who are contemplating whether or not to go vegetarian. I think that taking steps and easing the people in your life into accepting the idea is simply more efficient.

My approach is part of why it came as such a shock to my family, friends, coworkers, classmates and basically anyone who knew me. It was especially shocking considering that I am originally from the Balkans, a culture with a plethora of signature meat dishes.

Ten years ago, I couldn't imagine not eating meat ever again.

No one close to me was a vegetarian, so embarking on this journey drew more attention than I felt comfortable with.

There have been ups and downs. I remember that the first few months, I would have reoccurring dreams of accidentally eating meat and panicking (which are apparently common among new vegetarians).

There were the concerns of whether I’d be able to eat at the same places when I went out or whether I’d feel uncomfortable during holiday meals with the family. Eventually, I learned not to think about it so much and it became natural, like a reflex.

A great thing to realize is that there are some impressive food options out there for vegetarians. Almost every restaurant that I have been to in the area offers a few vegetarian dishes that aren't just salad. If anything, vegetarian dishes tend to be less pricey, which is nice.

People shouldn't look at being vegetarian as simply restricting what one eats. Rather, it’s an opportunity to try some equally delicious alternatives. Through my experience, I've been introduced to some great recipes and foods. A good tip is finding a food that you like that serves as a great meat substitute and then branching out from there.

Personally, mushrooms have become my best friend when it comes to cooking. They have a lot of protein and are compatible with a variety of ingredients. One of the easiest things to make is stuffed mushrooms. You simply just customize the mushrooms with whatever ingredients you like.

I have been surprised to learn that the many non-vegetarians in my life have equally enjoyed the veggie friendly dishes that I have gotten in the habit of making. My boyfriend, for instance, is the farthest thing from a vegetarian but he loves the food that I make.

The most important thing I have always told myself is to simply keep an open mind. Not everyone is going to share the same values and opinions as you in regard to your vegetarianism, and that’s okay.

Different lifestyles work for different people. It just so happens that being a vegetarian has been immensely fitting for mine, because it's something that has made me truly happy in the long run.

Ema Makas is a staff writer and can be reached at news@ubspectrum.com

By BRENTON J. BLANCHET
17 days ago

By JACKLYN WALTERS
17 days ago

By BENJAMIN BLANCHET
17 days ago

By JULIAN ROBERTS-GRMELA
17 days ago