Give 'Super Mario' the Coin 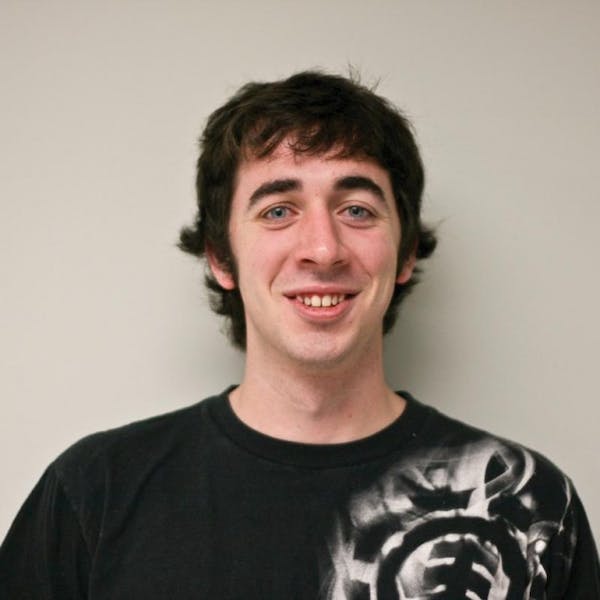 What's not to like about the Bills' signing of star defensive end Mario Williams, unless you're being a giant pessimist or a Bills hater?

Williams, the best defensive player available in free agency (and - given Peyton Manning's uncertain health - maybe the best player, period), just so happened to be what the Bills most desperately needed: a dominant pass rusher.

They tied for third-fewest sacks in the league last year. Too many times over the past few seasons, I watched quarterbacks stand calmly in the pocket as if they were relaxed at a beachside bar, cocktail in hand, rather than pursued by defensive linemen, football nervously clutched.

As a result, the Bills' secondary has been unfairly expected to cover receivers for what seems like an eternity on every passing down. The NFL's rule changes in recent years have made it much easier for receivers to get open, and the league's most successful offenses have been predicated on the passing attack, with the running game reduced to a supplementary role.

That's why the most successful defenses last year - take the Super Bowl-winning Giants as 'Exhibit A' - got to the quarterback. The best way to stop the ball from getting to receivers who will inevitably get open is to make sure the ball never leaves the quarterback's hands. And top pass rushers are at a premium.

So the Bills gave Williams $100 million and made him the highest-paid defensive player of all time. Let's save the "professional athletes are grossly overpaid" argument for later. (But, in the meantime, you should ask yourself whether you are the best in the world at what you do, and whether tens of thousands of people each pay hundreds of dollars to watch you do it on a given day.)

Williams is one of the league's premier pass rushers. He is only 27 years old and at the beginning of his NFL prime. And his statistics, though they are impressive, don't capture how skilled he is.

Take out his rookie season (it took him a year to blossom), an injury-shortened 2010 campaign, and another injury-riddled year (2011) during which he was forced out of his comfort zone to play outside linebacker in a 3-4 scheme. In the remaining three years (2007-2009), Super Mario averaged close to 13 sacks per season. The injuries are not expected to linger.

Williams achieved those numbers while playing with defensive tackles who are inferior to the ones he will join in Buffalo; the Bills have Pro-Bowler Kyle Williams and 2011 first-round pick Marcell Dareus, who looked promising last season. With them clogging up the middle and Mario Williams returning to his preferred 4-3 scheme at defensive end, Tom Brady will be worrying about more than the quality of Buffalo's hotels when he comes to town.

$100 million is a lot of money, but Williams' contract is wisely drawn up. A large bulk of it comes via his $19 million signing bonus. Add that to his 2012 salary of $5.9 million, and you'll see that a quarter of the contract is being spent this year, with the Bills still under the salary cap.

Let's be honest: Super Mario makes the Bills a lot better, but no matter who they would have signed in free agency - whether it was Williams, or a more monetarily balanced group of players - the Bills aren't winning a Super Bowl this season. Playoffs, maybe (cue Jim Mora).

Here's the point: the Bills know it is going to take more than one year to build a Super Bowl contender. After this season (during which, again, a quarter of the $100 million will go to Williams), Super Mario's salary will remain relatively stable, averaging $13.8 million over the following five years, according to calculations made by The Buffalo News.

That leaves plenty of room to sign more players and continue building the team.

In 2010, Chicago signed Julius Peppers, Williams' peer at the end position, to a $91.5 million (and similarly structured) contract. He had eight sacks in 2010 and 11 in 2011. Consider: Williams is capable of more sacks than that; he is five years younger than Peppers; you should adjust for inflation when comparing the numbers; and the money from the NFL's exorbitant new TV deals will significantly grow the salary cap in two years.

Did the Bills really overpay?

Even if they did, so be it. Before this, they had a reputation - deserved or not - for not paying anybody his market value. Worse, it was deemed impossible to lure the best players and coaches to freezing-cold, snow-buried, nightlife-challenged, second-rate Buffalo. Williams decided Buffalo would be a fine place to live and play, and his signing signals to the rest of the NFL that it's OK for the prize players to come here and that the front office is willing to pay them first-rate money.

"I didn't give a darn about the money. I can't take the money with me."

By BRENTON J. BLANCHET
20 days ago

By JACKLYN WALTERS
20 days ago

By BENJAMIN BLANCHET
20 days ago

By JULIAN ROBERTS-GRMELA
20 days ago