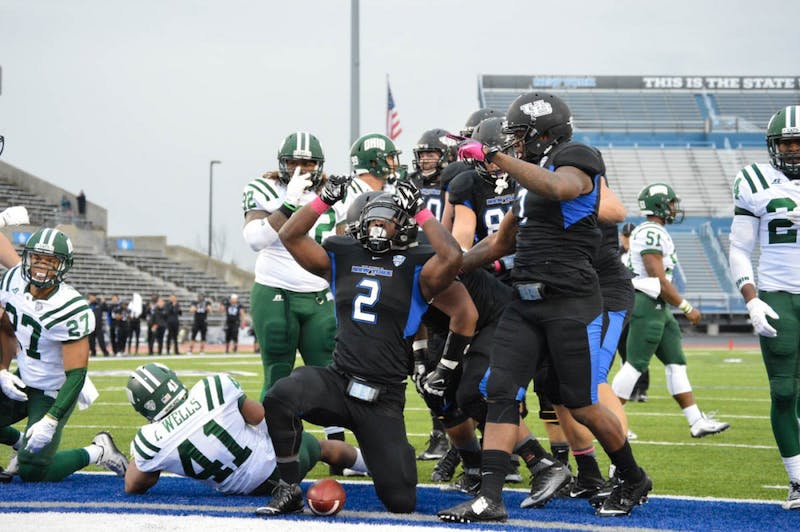 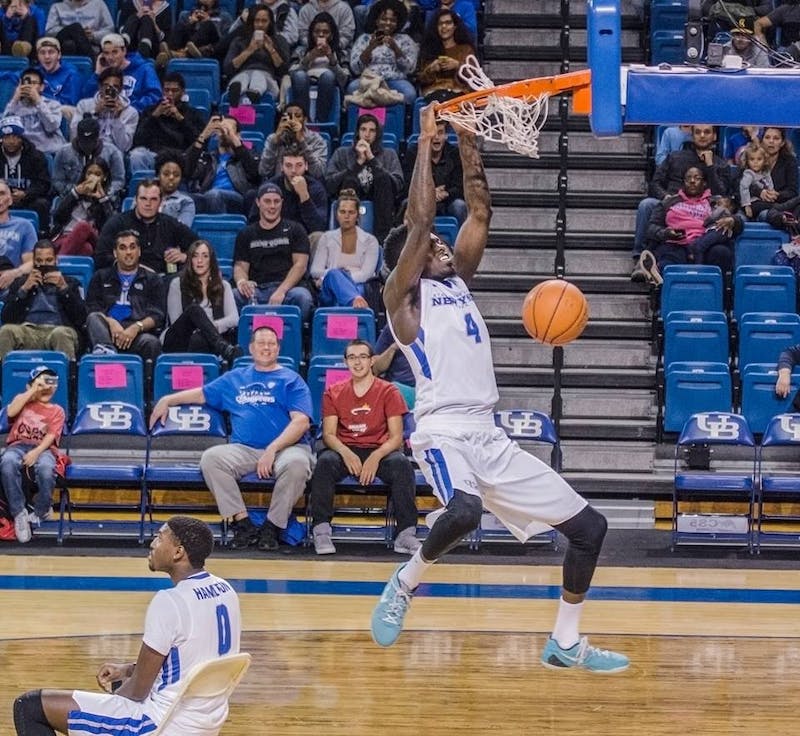 The men and women's basketball programs held their annual Bulls Madness pep rally in Alumni Arena Friday night. The night including player and coach introductions and slam-dunk and three-point contests. 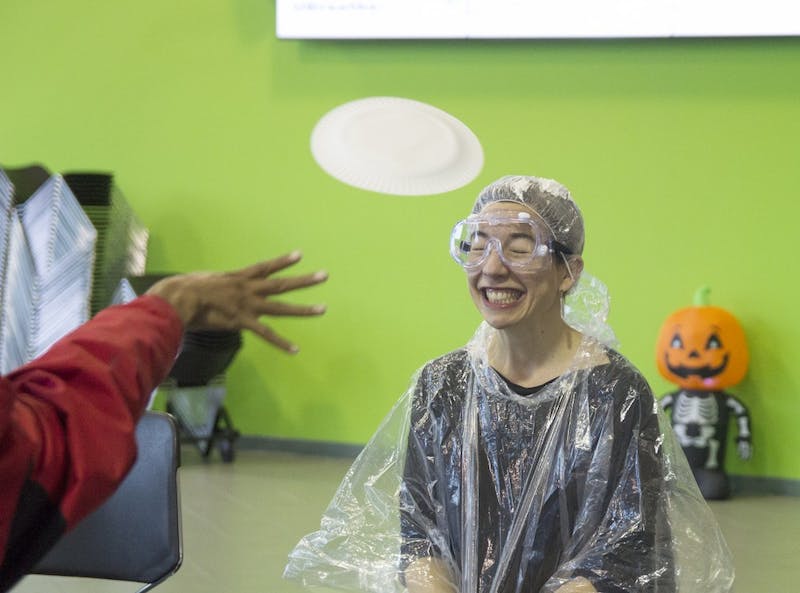 Students threw pies at their professors in the Student Union lobby on Thursday for the first-ever Pie a Professor event. The event is organized by UB’s Residence Hall Association (RHA) in an effort to raise money for the U.S. Marine Corps Reserve Toys for Tots Program. RHA raised more than $600 and 160 students participated. 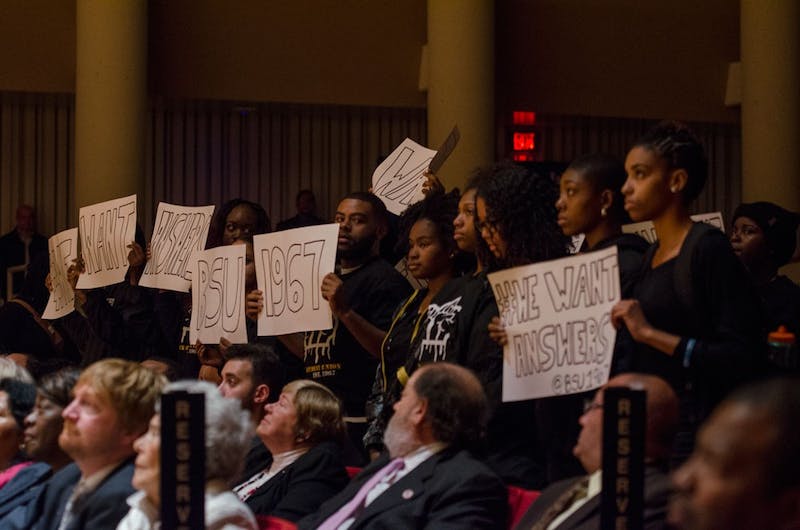 Members of the Black Student Union held a peaceful protest during President Satish Tripathi's annual State of the University Address in response to the controversial race art project and the university's response. Students stood and raised white posters in the air that read “We Want Answers” and left early to stand in the Slee Hall lobby and protest as people grabbed refreshments. 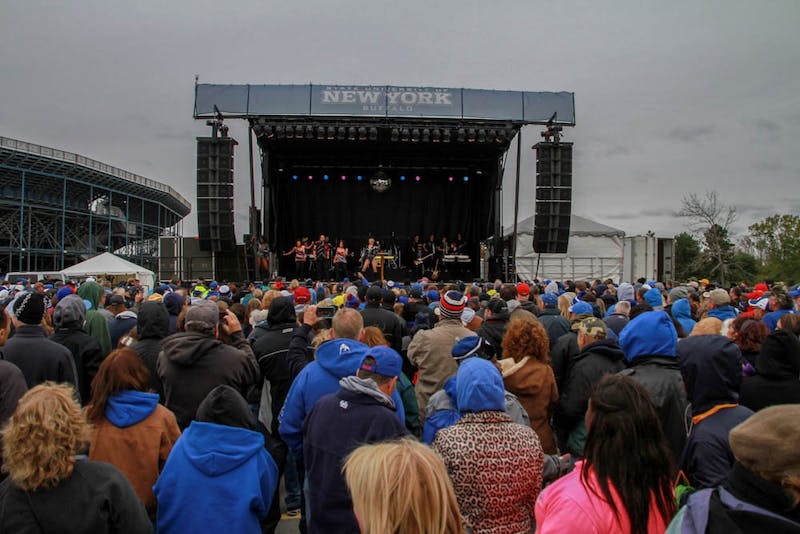 KC and the Sunshine Band 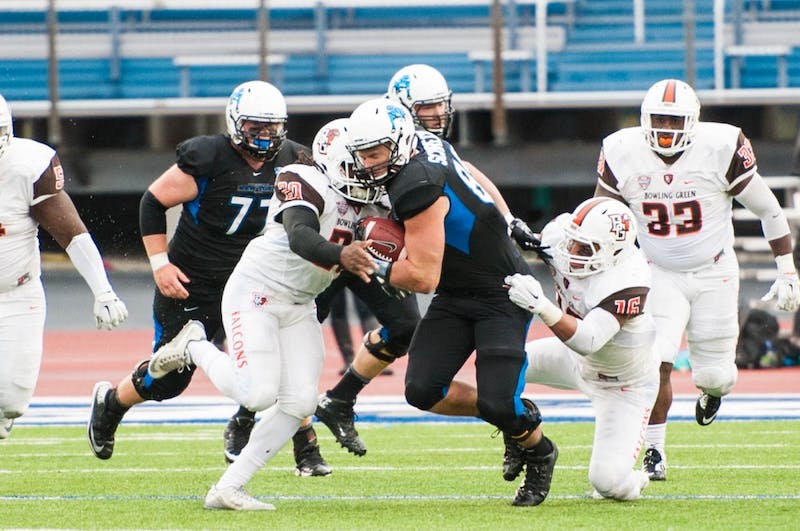 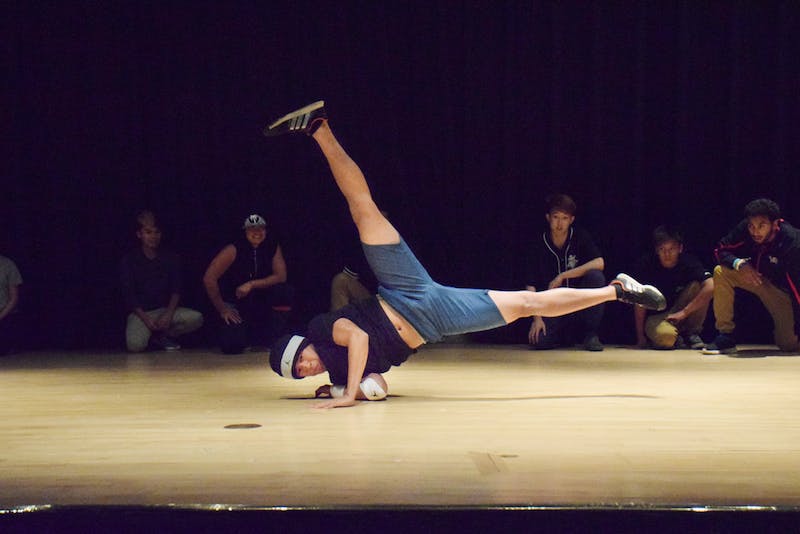 Black Student Union (BSU) held its annual Sickle Cell Auction on Sunday in the Student Union Theater. Every year, BSU holds the auction to not only raise awareness for sickle cell anemia, but to also raise as much money as it can for the cause. Altogether, BSU raised $1,242.48 in donations, slightly less than last year’s total of more than $1,400. All proceeds went to Women and Children’s Hospital of Buffalo. 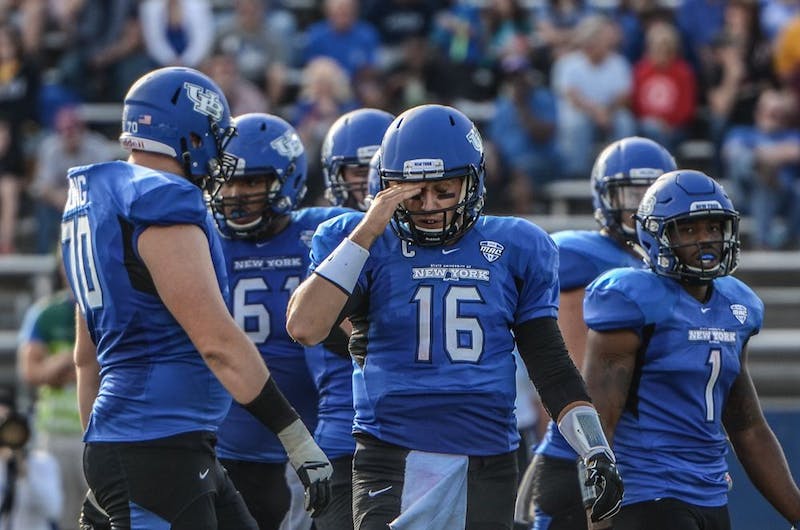 The football team (2-2) lost 24-21 to Nevada (2-2) at UB Stadium on Saturday. It was Buffalo's final game before Mid-American Conference play begins. 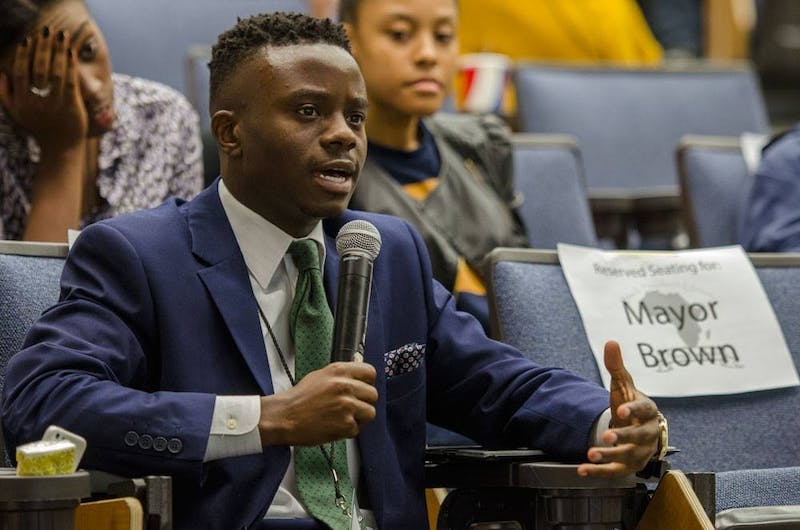 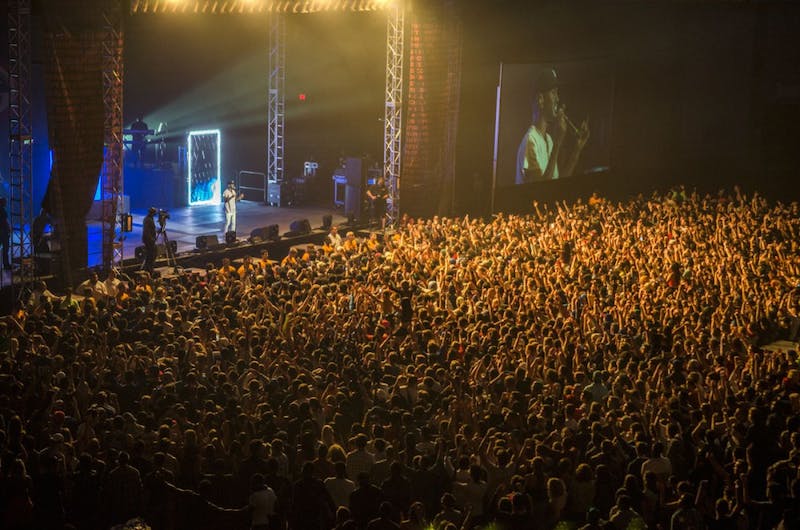 Students lined up more than three hours before Fall Fest’s scheduled start time and waited for hours in relentless, drenching rain as the line to get into Alumni Arena stretched around the University Police Station. They donned plastic ponchos and huddled together under umbrellas in sub-60 degree weather. But it was all worth it to see openers Isaiah Rashad and Tink, a stellar performance by Jeremih and the headliner and clear man of the night, Big Sean. 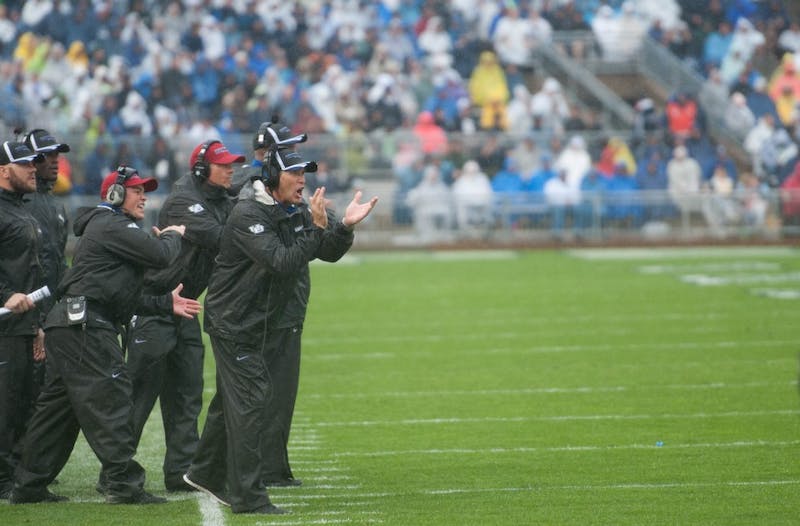 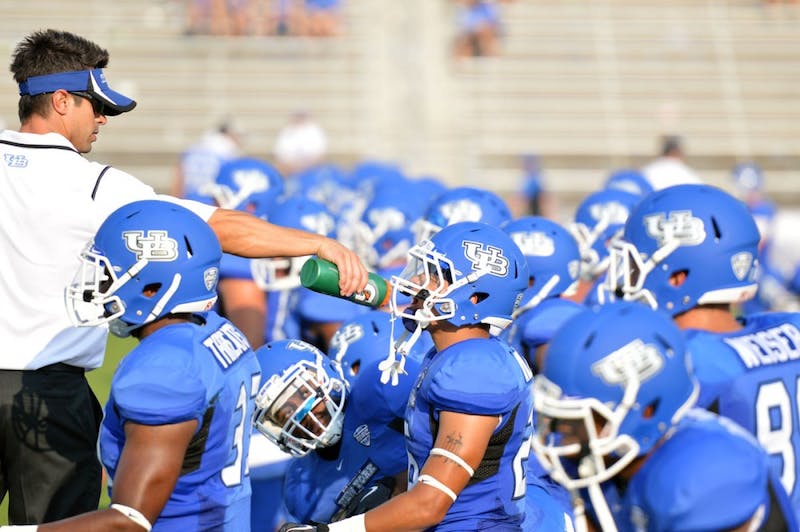 The football team defeated Albany 51-14 at UB Stadium Saturday for the first win of the Lance Leipold era. 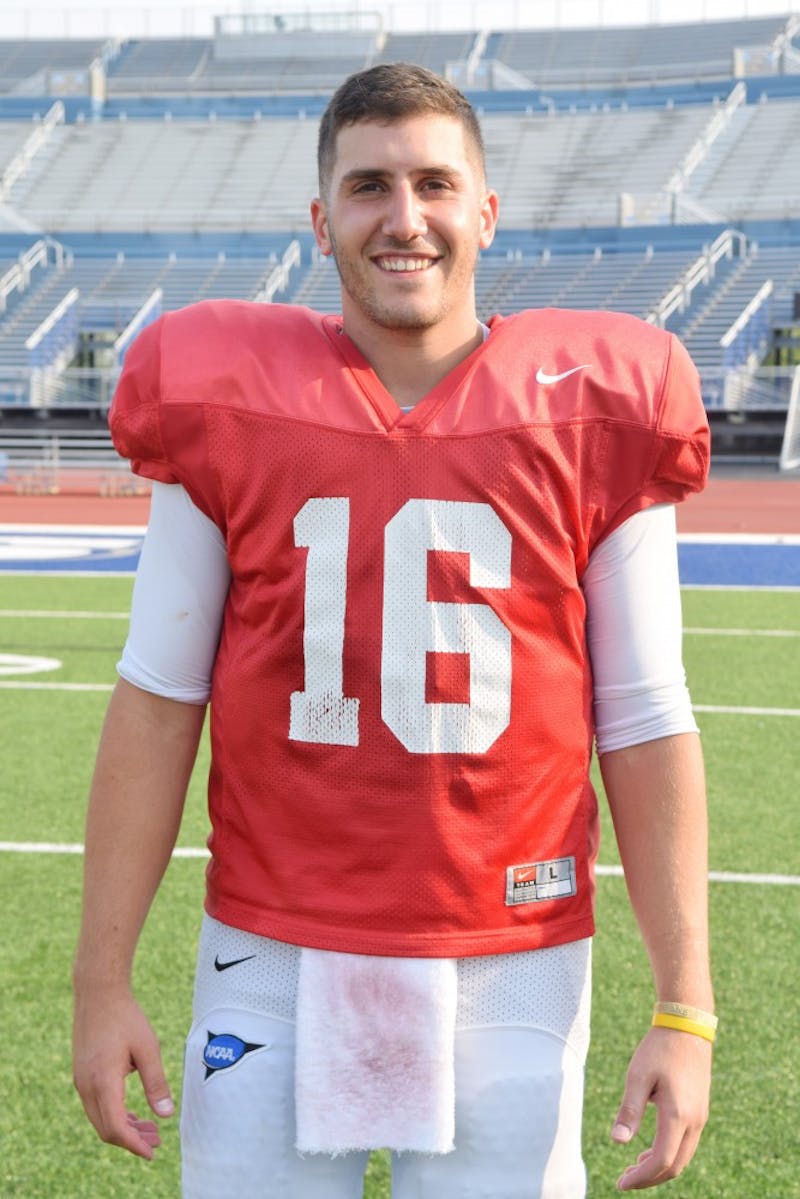 Here's a look at some of the players that will be having an impact on the field for the Bulls this season. 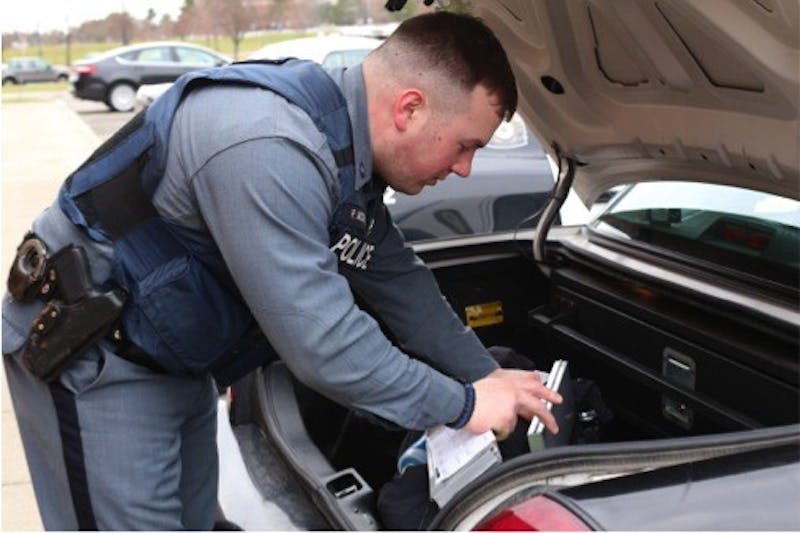 Our photographer Emily Li spent time documenting the days of University Police officers as they patrol campus, put out fires, practice administering Narcan and watch over crowds at on-campus events like Spring Fest. 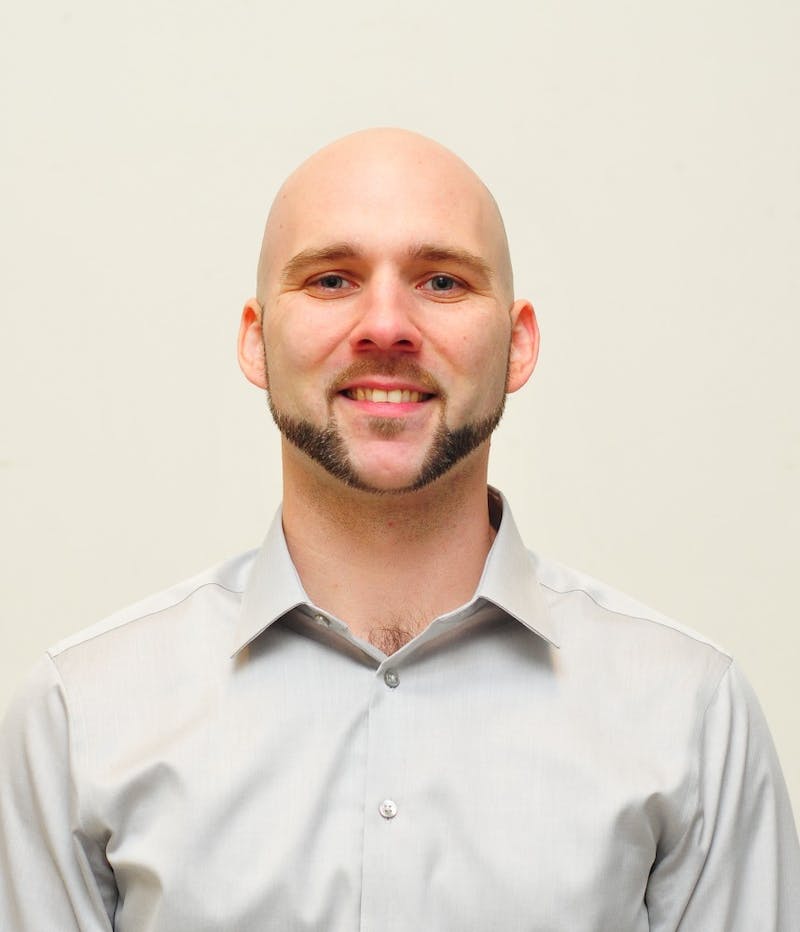 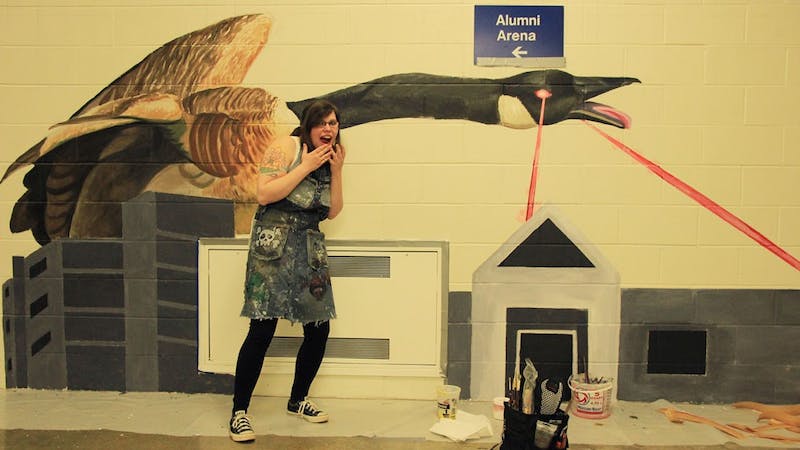 For the final project for ART 307 Lab: Thematic Drawing, students painted the white walls of the CFA with personal murals. 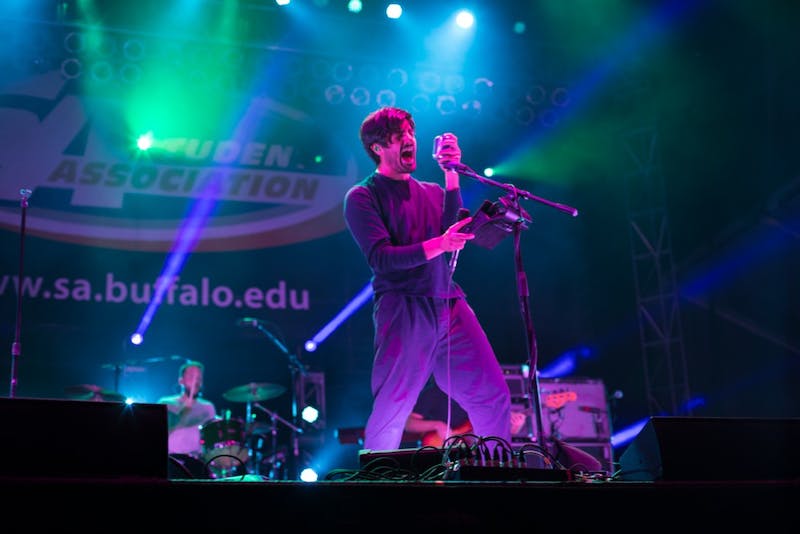 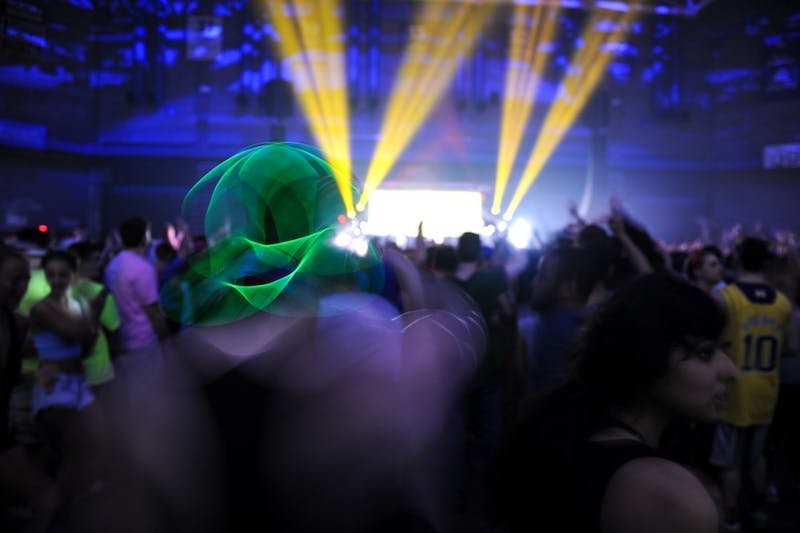 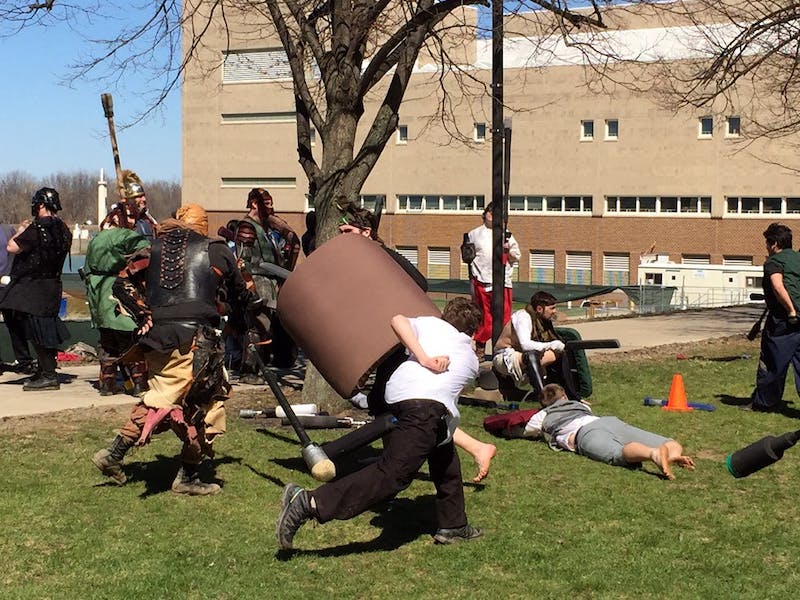 Attendees of UBCon had the opportunity to express themselves with elaborate cosplay, activities geared towards comics and shows as well as big events like the NERF war this weekend. 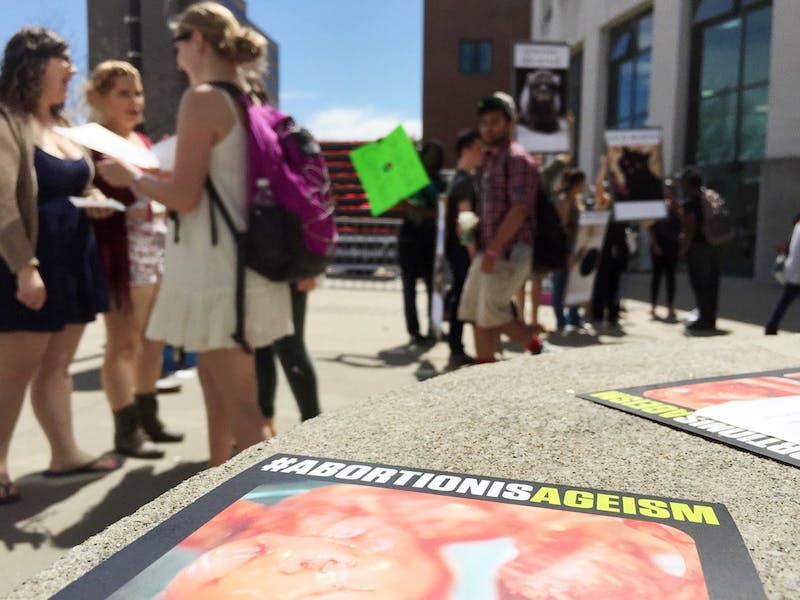 This Thursday’s event, hosted by UB Students for Life, used graphic images of abortions to start conversations about the ethics of the practice.