Students and alumni fight to bring radio broadcasting back to UB

The campus radio station is a hallmark of the American college experience. Since FM broadcasting began to take off in the 1970s, college DJs have offered an alternative to mainstream culture, influencing the music students listen to and they talk about — all from dimly lit rooms and tucked-away basements on America’s college campuses.

With the advent of the internet, social media and music streaming services, it’s easy to dismiss radio broadcasting as past its heyday. But there are plenty of student-run radio stations still going strong, even within the SUNY system. Stations at Binghamton, Purchase, Geneseo and more are still broadcasting daily.

For the past three years, UB — the largest public university in the state of New York — has been without one.

It’s certainly not a lack of student interest — ask Ana Litvinenko, the sophomore who’s been trying to bring broadcasting back to UB.

Litvinenko started the UB broadcasting club with intentions to revive WRUB, UB’s now-defunct radio station. WRUB folded in 2019 when Sub-board 1 (or SBI), the non-profit student organization that funded the station, was shut down. In the three years since the dissolution of SBI, WRUB has yet to be successfully replaced.

“Coming to a school like Buffalo and seeing how big it is, then realizing there’s no station… it’s like, what are you doing?” Litvinenko said.

Then a freshman, the criminology major was seeking an avenue to share her love of music with the student population — and to create a sense of community.

“It’s such a great way to bring people together,” Litvinenko said. “And who wouldn’t want to tune in and hear about student news, or listen to good music?”

So last spring, she took matters into her own hands. The broadcasting club’s first meeting had around 30 attendees, and the number of interested students continues to rise thanks to social media and flyers posted around campus. But it hasn’t been easy to get off the ground. The club still hasn’t secured funding or recognition from the Student Association. According to Litvinenko, it’s been a struggle to gain approval for the station; she’s applied and been denied twice.

Litvinenko isn’t the only one trying to fill the void left by WRUB. Her efforts caught the attention of the team at Subject Media, an online collective that calls itself “Buffalo’s student-run media empire.”

The website, founded by a collective of UB alumni, was formed from the ashes of WRUB and Generation Magazine, a campus publication that also lost its funding with the downfall of SBI. It features podcasts, blogs and online radio broadcasts from current and former UB students.

“It didn’t seem like the university or SA were all that interested in keeping the station going, so we just decided to do it ourselves,” Mike Vago, one of the alumni that started Subject Media, said.

In 1993, Vago co-founded the most recent iteration of WRUB. Being a part of the station had such an impact on him that — even 25 years after graduating — he’s still dedicated to bringing the college radio experience to UB.

“Running WRUB in the ‘90s taught me how to manage an organization, how to motivate people, how to solve problems when you don’t have any money,” Vago said. “WRUB was really the beginning of my life as a creative person.”

The power of radio broadcasting has changed a lot since Vago was in college; people turn to streaming services and social media to tell them what to listen to, not FM radio. But he hopes Subject Media can recreate the dynamic of WRUB, where students had influence and power to share anything they want with their audience.

Vago and Subject Media have encouraged Litvinenko to join the Subject team. But for now, Litvinenko’s still hoping to get a traditional, on-campus radio station off the ground, complete with a professional studio and an FM broadcast.

“I just feel like it has so many opportunities and the school just seems to be refusing to actually put it into motion,” said Litvinenko.

With or without university approval, equipment, or a dedicated space, Litvinenko and the UB broadcasting club are determined to bring radio back to campus. They’re set to hold more meetings throughout the semester, where any aspiring DJs are welcome to bring their passion to the fledgling station.

Meret Kelsey is an assistant arts editor and can be reached at meret.kelsey@ubspectrum.com

Meret Kelsey is an assistant arts editor at The Spectrum. 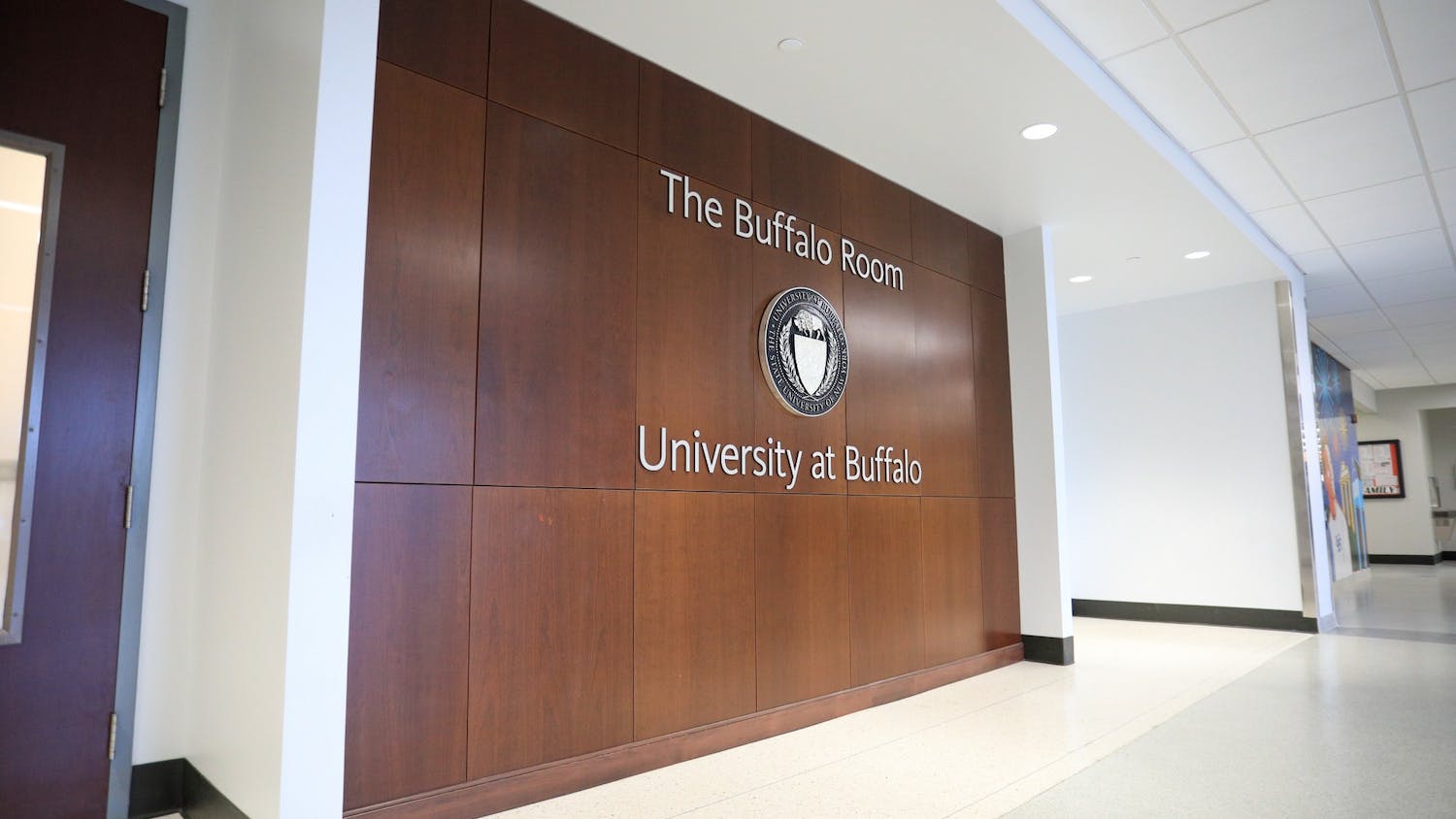 Comments
Popular
‘Freak accident’: Stampede collision hospitalizes campus worker
Newly opened Plantae is first and only vegan grocery store in Buffalo city limits
Sitting UB Council member on trial for reckless endangerment, criminal mischief
An exam should be a reward, not a jigsaw puzzle
Students and alumni fight to bring radio broadcasting back to UB
Tweets by UBSpectrum
Powered by