The hard work of international students went unrecognized yet again 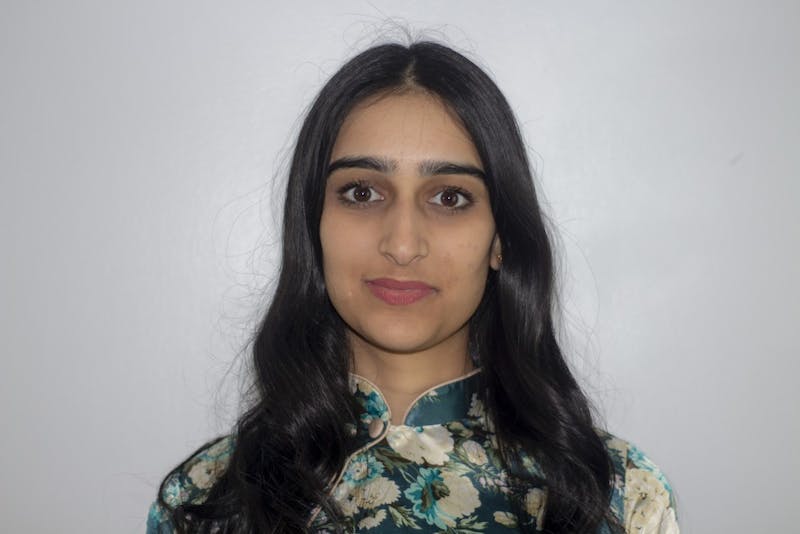 She talked about the magnitude of diversity and representation at UB and spoke at length and with pride about International Fiesta.

As someone who came to the U.S. amidst heated immigration debate, I was unsure of how international students such as myself would be treated. But I felt much more confident about my position and identity at UB when I learned about the international council and how diversity was celebrated here.

I didn’t have any time to join any international groups because student journalism has me busy for 50 hours a week. Nevertheless I was excited for International Fiesta.

I interviewed Sikh SA— the group that represents my heritage — and wrote about what they were doing to prepare for their performance.

It was the first article in The Spectrum covering a Sikh-related topic since 2015 (and 2001 before that) and I was really proud of it. I’m the only Spectrum writer on the editorial board who is an international student, so I felt that it was really important to represent cultures at UB that aren’t always covered.

I was attending a conference in New York City with some of my fellow editors during the weekend of the fiesta, and I was really bummed to be missing out.

But our senior arts editor forgot to apply for press to the SA-sanctioned event, and our sports editor Nate was turned away at the door because Elise Helou said she thought it would be unfair to let him cover the event.

Helou said she felt as though she would be doing a disservice to the friends and families of participants who were lining up outside, hoping to get in.

She didn’t think about the fact that Nate doesn’t represent just himself — he represents the 30,000 students at this university when he covers events for our paper.

He represented the families of international students who don’t live in the U.S. and can’t watch their kids proudly represent their cultures.

They didn’t once think that for many of the international students performing in the fiesta, sending a newspaper clip home would have meant more than a screenshot from SA’s Instagram.

I tried speaking to Helou about this. But it always came back to just one thing — that we didn’t apply for press.

She explained to me multiple times in a most condescending manner that “an action has a reaction,” as a way to explain why she acted the way she did.

Again, asking for a press pass is definitely a good journalistic practice. But, as a student news organization that operates on campus and regularly covers SA events, we should have been allowed to cover the event regardless. How else would the parents of these international students be able to read about the event?

But Helou argued it was a private event, not a public one, even though the event was paid for by student funds.

Friends of Korean SA texted asking why we didn’t cover their event.

The Spectrum has a long record of covering international student issues at UB, and I often work on stories that are critical of the way international students are treated on this campus. The stories are heartbreaking and devastating and are often about issues I too have faced.

International Fiesta was supposed to be different. It should have been an article about pride and celebration of one’s culture rather than the social ostracization these students face.

I’m saddened by the actions of SA and upset that, of all the events they wouldn’t allow us to cover, it had to be one where international students celebrated their cultures.

And we could all go back and forth for days on end trying to argue about who is in the wrong. But the fact of the matter remains that international student groups spent hours practicing for months trying to put on a show for the UB community — and SA wouldn’t allow us to cover it.

Tanveen Vohra is a co-senior news editor and can be reached at Tanveen.Vohra@ubspectrum.com and on Twitter @TanveenUBSpec.

By ALEX LENNEBERG
4 days ago

By Editorial Board
8 days ago

By ISABELLA FORTUNATO
11 days ago