Note: This is part one of a two-part series on Danny White, the new athletic director at UB. Part two will run next Wednesday.

So you're a young program, a little more than a decade into the vast, often unforgiving world that is Division-I athletics. Your programs have had flashes of success over the past few years, but that label of being an unsuccessful program still persists.

How do you attempt to take your program to the next level? Who do you turn to?

UB chose its man, and his name is Danny White.

When Felisha Legette-Jack was hired as the women's basketball coach over the summer, a little over a month into White's tenure, Legette-Jack announced to all of Western New York, "The secret is out." She attributed that to White's leadership and his aggressive vision for the university.

"This place is a gem, a diamond in the rough," Legette-Jack said during her introductory press conference. "Why would Mr. White leave Ole Miss, in the SEC, to come to Buffalo? Because he knows the secret. The secret is out. When Mr. White came here he let that secret out ... You guys have kept this secret long enough. It's time to let people know that Buffalo is unbelievable."

He comes off as a person born to lead.

He has had past success in the financial aspect of running a program. In his previous job at Ole Miss, as the senior associate athletics director and executive director of the UMAA Foundation, he raised $17.1 million in 2010 and $17.5 million in 2011, both record amounts for the university. The money helped renovate the football and basketball facilities.

White cherished the Southeastern Conference's advantages, but there were problems, too.

"The SEC is a different world," White said. "The demand we had for premium seating and particularly the football stadium was at a very high level, but not at the level as other schools in the conference. We certainly didn't have the capacity to generate revenue like an Alabama for example. But we did go in there and raise the bar for what Ole Miss was capable of doing. I think the same is true for Buffalo. All we can do is raise the bar for what the University at Buffalo and UB Athletics is capable of doing."

White will face similar hurdles at Buffalo, which has to compete with teams that have been in Division-I and the Mid-American Conference for over 30 years. The Bulls are starting their 13th Division-I season.

White also has experience at lower-level athletic institutions. At MAC rival Northern Illinois, he managed the Huskie Athletic Scholarship and helped lead the way in the completion of a state-of-the-art, $14 million Academic and Athletic Performance Center that boosts recruiting. He feels that in order to keep up with the rest of the MAC, Buffalo needs a similar facility to attract key recruits to come to Western New York.

At Fresno State, he managed the Bulldog Foundation. The city of Fresno, Calif. has a similar environment that he feels the program at this university can emulate.

"I want to very aggressively get our brand out into the community," White said. "I think that's a major opportunity for us. I've seen it done at a Fresno State, with a similar-sized market of about a million people. College football is a big deal there; they take ownership of that athletic department and they pack that stadium, and we want to get the same thing going here. Because of the strength of this institution, when we get there I think this place will explode."

Not bad ambition for a 32-year-old.

"It does [feel natural], I've been working for about a decade to get to this position and I feel very ready for it," White said. "It's exciting to be in this position versus being in the position that I was in the last several years on the fundraising side. I look at it as an opportunity to get to work more closely with our program, the student athletes and the coaches. I'm really excited for that part of it."

For White and the athletics department to succeed, they are going to need help. He has constantly stated the need for students to continue to get involved in athletics.

"It starts on campus," White said. "We need the student body to take ownership over this athletic department. We need this university to really take pride in what we can build here. We want to have a high level of game day atmosphere, we want tailgating to flourish and we need our student section to be bumpin'. I think the student section is the most important factor in game day atmosphere."

It doesn't stop there. Alumni donations can make or break a program, especially one that isn't a brand name like Notre Dame or Ohio State. In his introductory news conference, White said his staff would be very aggressive in terms of getting the community behind the university.

The youngest athletic director in the country has ambitions to take an equally young program to a new level. How fitting. 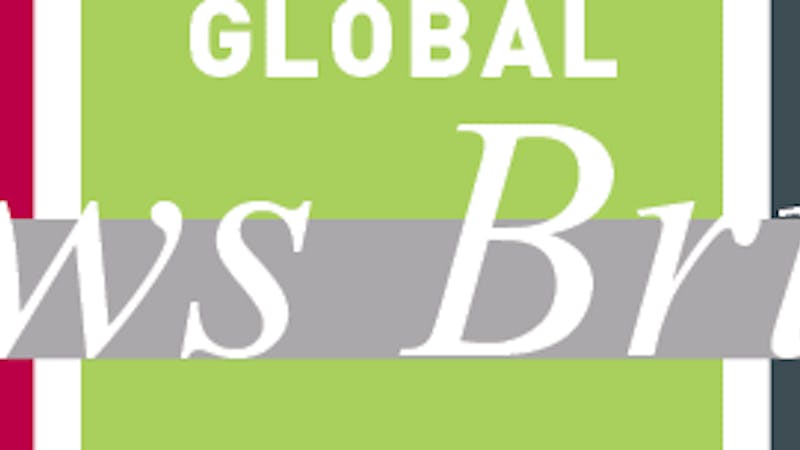